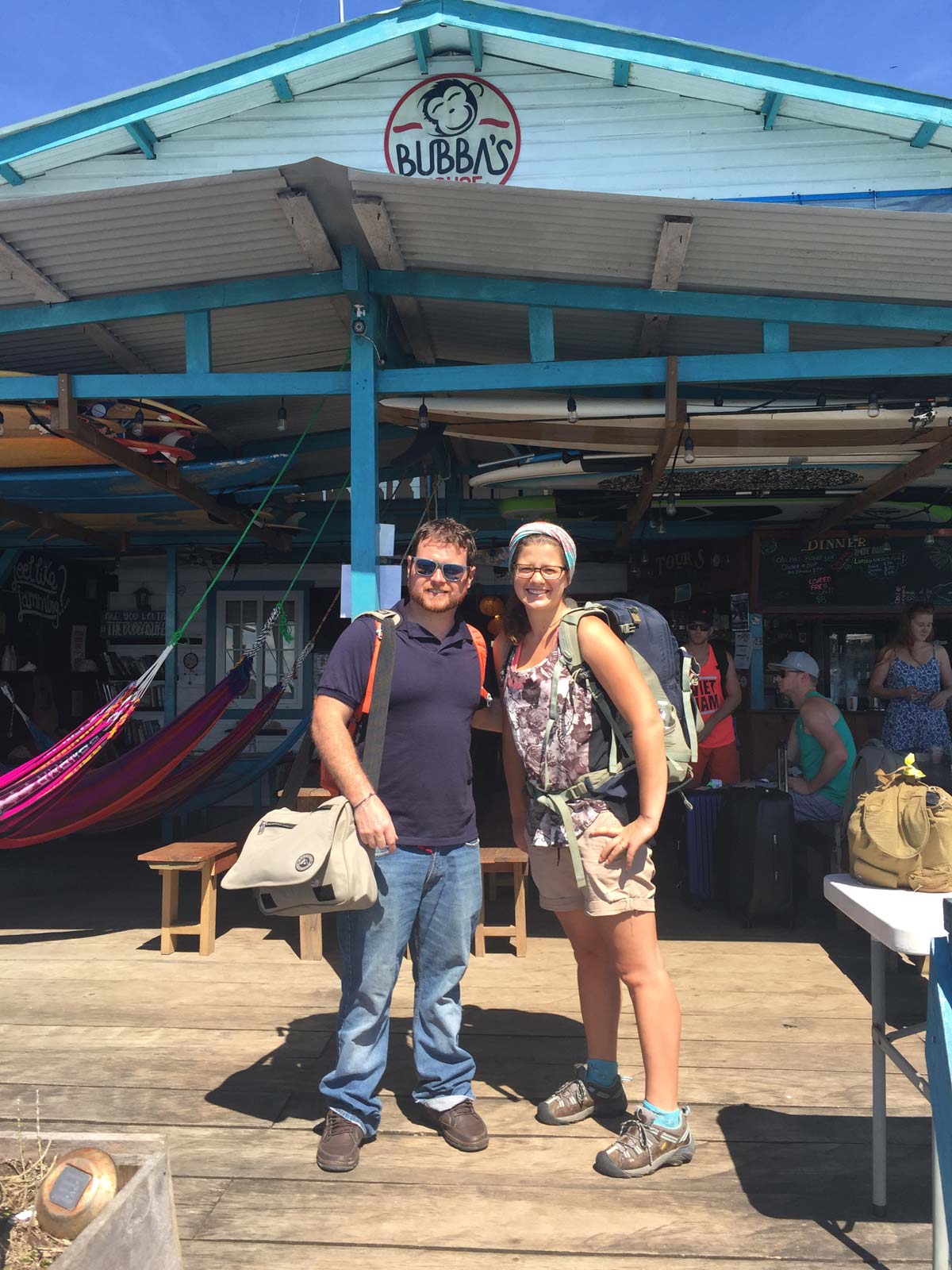 Today Lilly and I decided to head to another island of Bocas Del Toro to try something different and get another experience. I really loved my experience at Bambuda Lodge but there are more places to visit in the world! We’re off to Bubba’s House, which we heard was good from online reviews and talking to other travelers: 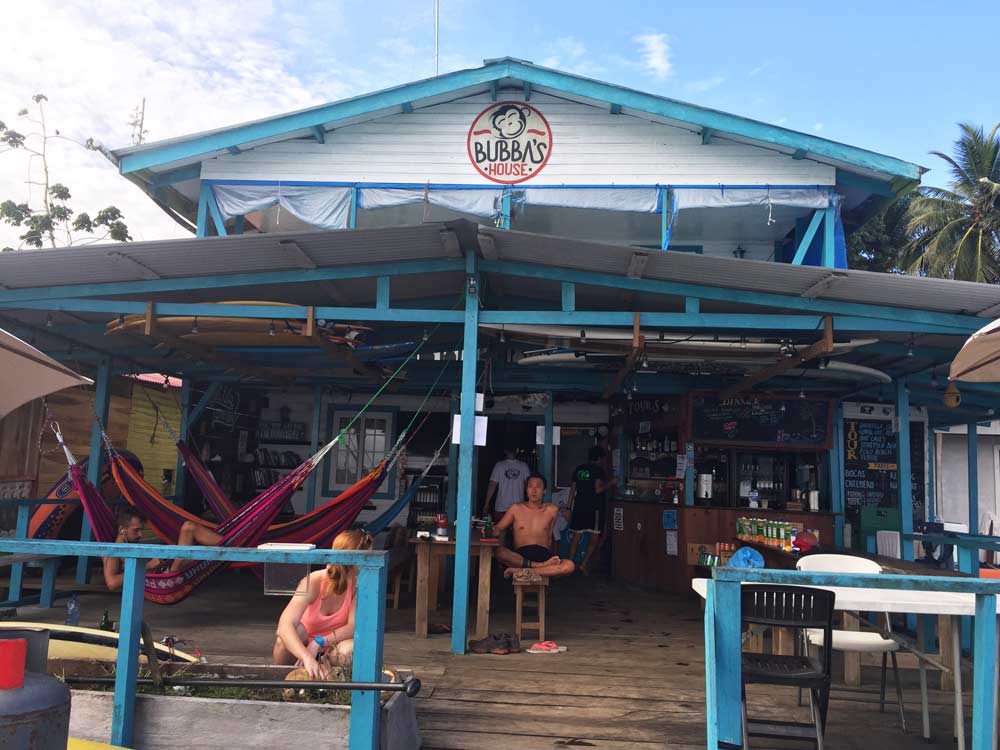 I’m glad I met Lilly. She makes an incredible friend and travel partner. When I first found out she had a boyfriend, I wasn’t certain if that meant she would feel uncomfortable traveling with another guy. But it hasn’t created any complications and I’m really glad. She really knows how to live and is great in a lot of ways.

Lilly has taught me a lot. How to live more like the free spirited I’ve always wanted to be and therefore be a better version of myself. Possibly most important of all – she showed me that people like her exist. She has this perspective on the world that reminds me very much of myself, but even more energetic and more fearless. I love it.

Not only have I worked hard to start my own business and obtain great skills, but I’ve purposefully positioned my lifestyle to allow for travel. I personally don’t know anyone from the United States that has done this. I’m sure they exist, especially from the forums I read online, but those types of people are few and far between. Also, I’m not patting myself on the back, everyone aspires for different things. This is just what I’ve wanted, so I’ve given it everything I’ve got. Update: During later travels I definitely met Americans that have this same mindset.

Anyway, let’s get back on track…

Tonight we’re staying at Bubbus Hostel on the island of Bastimentos. It’s really cool looking and has great reviews on HostelWorld.com. The island is very small and only has a handful if shops bars and restaurants. In fact, it’s so small that the island depends fully on rainwater as their source for fresh water.

The hostel Bubbas House is really cool. It’s so laid back and has a tropical feel. Here is the design/info on the inside wall: 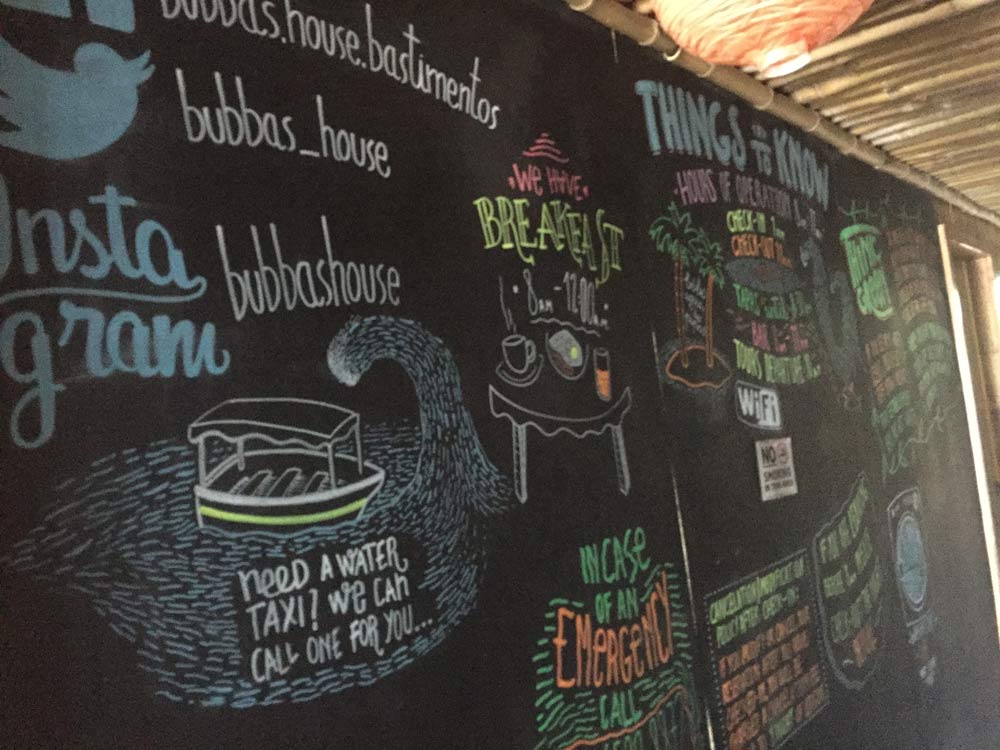 Bubbas as a dog and a rabbit as a pet. Both are really awesome: (Thanks Lilly for this awesome pic) 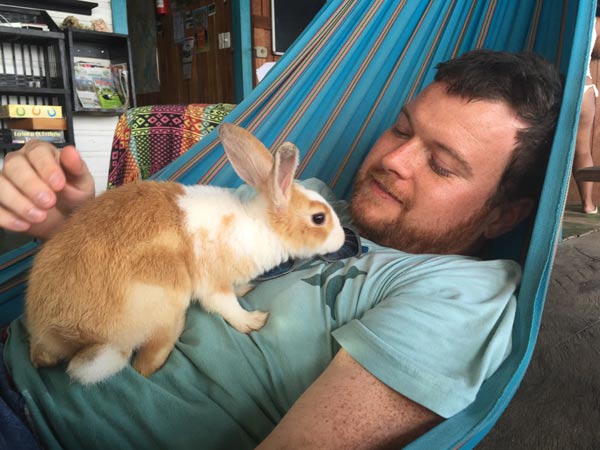 And the dog that started mauling me the second I sat down: 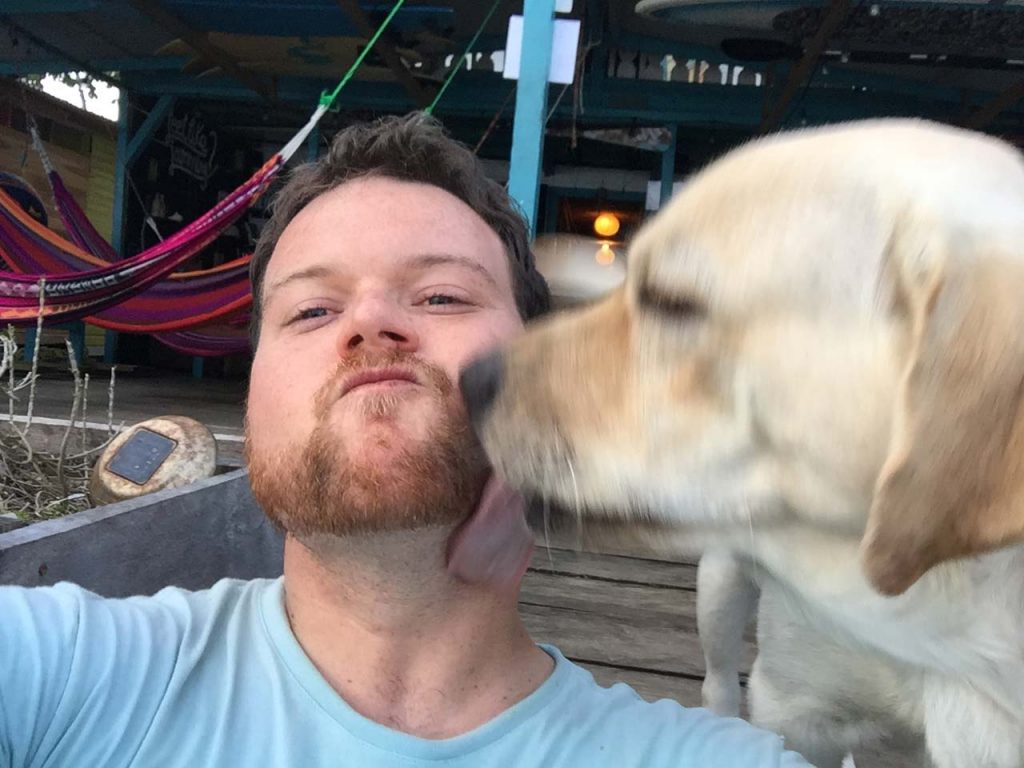 Bubbas is slightly less lively than Bambuda, but it’s nice to have some quiet time for relaxing after all the craziness of the past few days. After arriving, we walked around a bit and saw some kids playing basketball and bought some water/snacks at a small market that was there.

Tonight there’s live music playing at one of the two bars on the island, so I’m going to head over there and check it out. Beers only cost $1-2 so I’m not spending nearly as much as I thought I would. Lilly decided to sleep since she’s tired and burned out from all of the things we’ve done over the past 3-4 days. 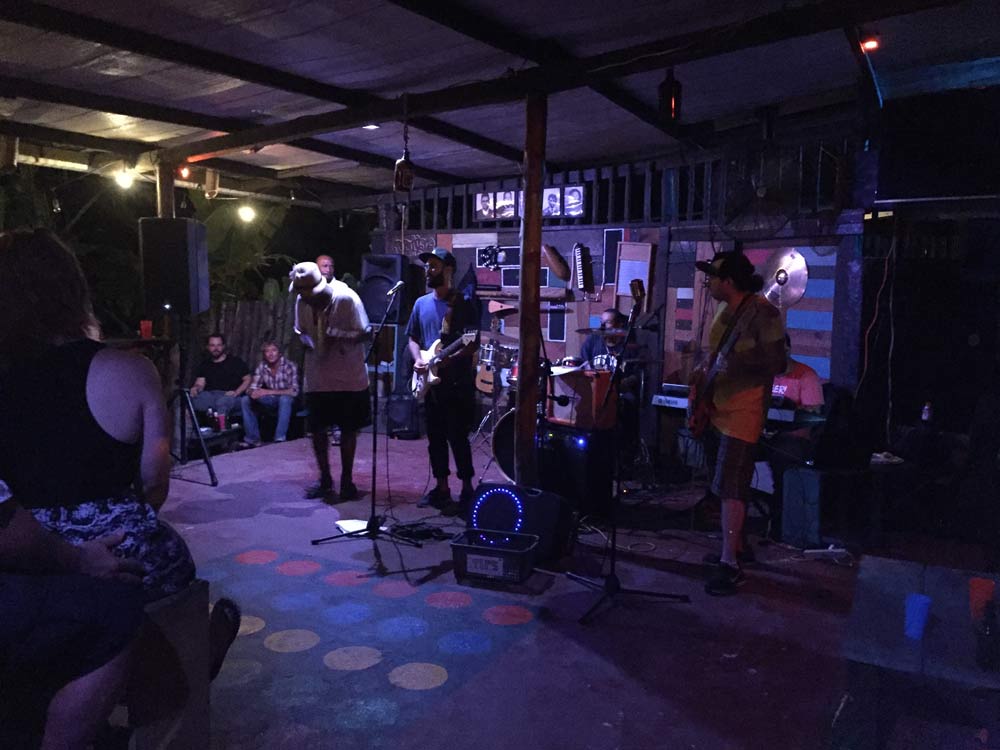 Met Timo at the bar, a nice German guy slightly younger than me. He’s really cool. Had a couple beers while watching the live band. There were only about 30-40 people at the bar, but it was a good vibe. Some people were selling cocaine outside of the bar, apparently that’s common at bars/clubs in Central America. In the USA that’s uncommon. I spoke to Tony for a bit about his travels outside. Tony is from Canada and really cool. He’s definitely one of the “cool kids” that everyone loves to hang out with. He speaks French and I think all women love him.