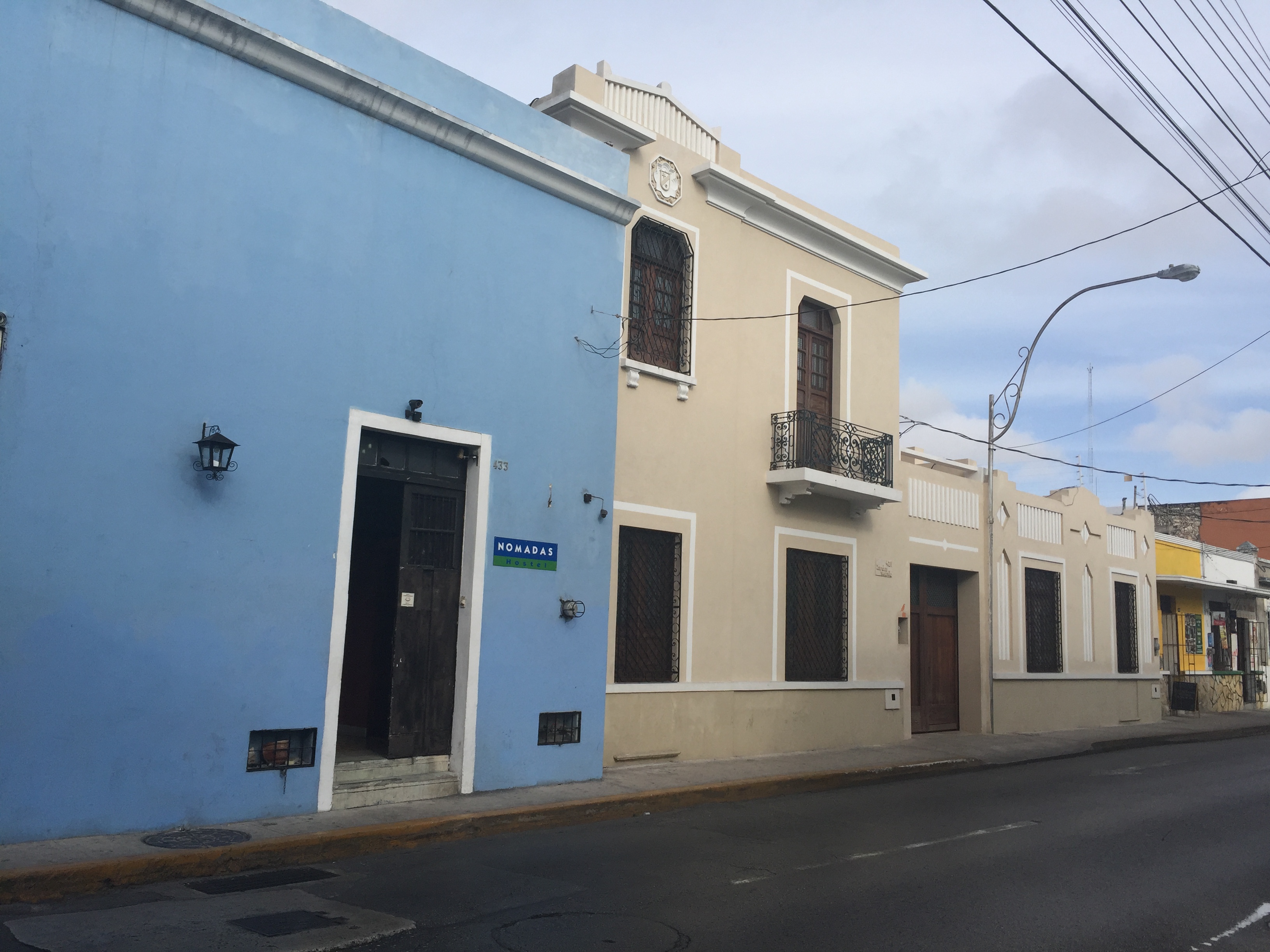 It was warm arriving. I’m glad I left my fleece jacket back home so I don’t need to deal with carrying it.

$12 Cab ride from airport to downtown Merida, Mexico. It’s a 20 minute drive in total. I was told Uber would have cost $3-4, so that’s my plan in the future.

Some places take USD, but most people prefer pesos. This messed me up a bit because all the exchange offices were closed. Had to exchange dollars for pesos at a random shop so I could buy beer. The woman gave me 18 pesos per dollar. The exchange rate is 20, so she made 2 pesos on each dollar.

Met 3 new friends on night one. One German guy, one British woman (Sophie) and one Swiss woman. Gave them some of my beers. Went out for drinks and ended up dancing at a club. Had a great time. At one point during my during my drunkeness I said too many profanities in the same sentence and made the conversation awkward. It had something to with the word “fuck” being said a lot. Then I apologized and only made it more awkward. Then we all laughed and kept dancing and drinking. Apparently the word fuck isn’t as kosher as I expected so I will use that in a very limited fashion from now on. After I apologized awkwardly, Sophie apologized for misunderstanding my use of it. Ah learning culture.

I stayed at Nomadas, hostel in downtown Merida for $8/night. I’ll be here for the next few days.

Fell asleep and woke up with a hell of a hangover. Day one was successful. I’m here, safe, somewhat situated and getting my bearing.