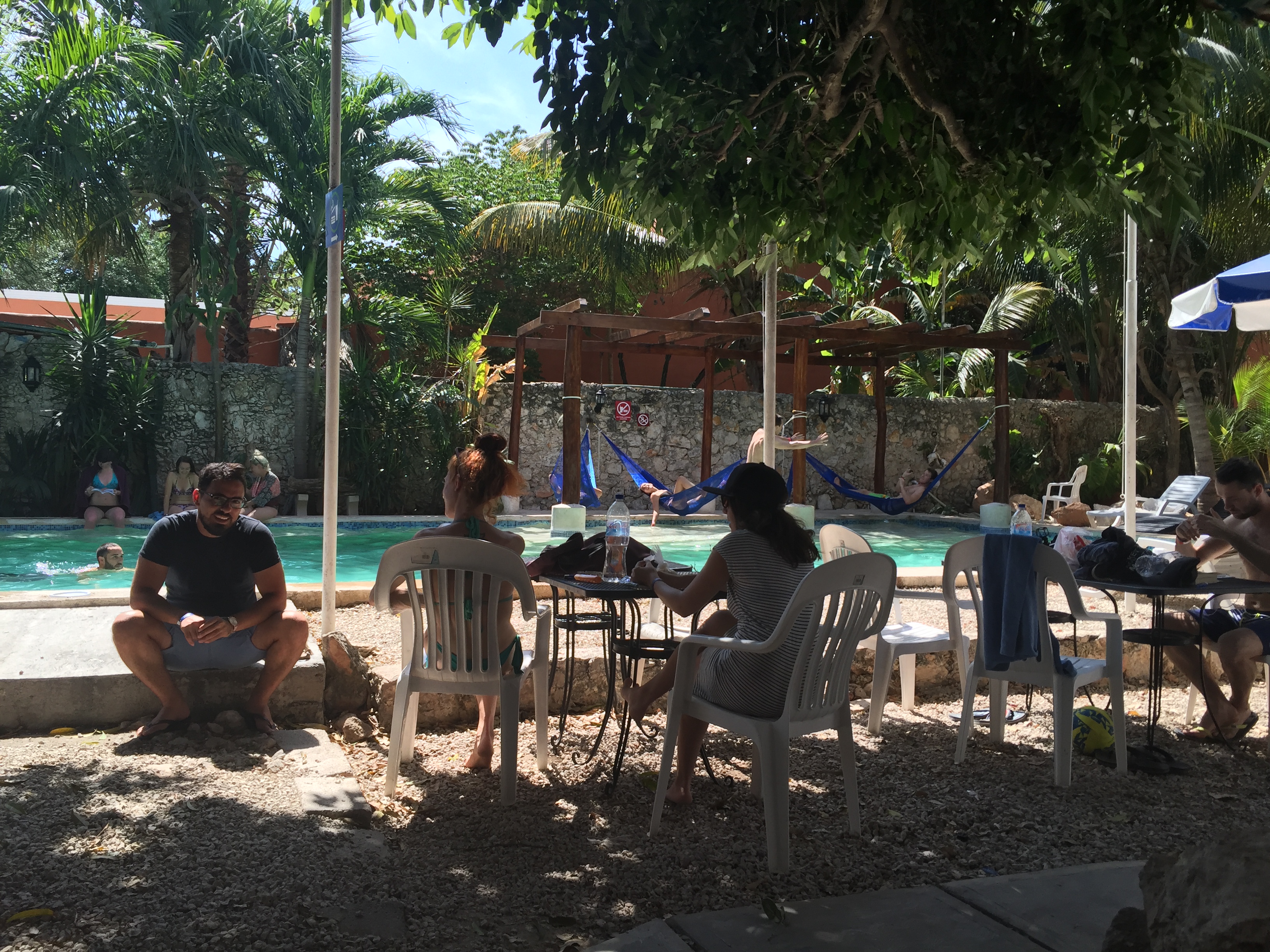 Today I took it easy. After hitting the bank, converting some cash to pesos and doing other little tasks, I fell back asleep for a much needed 4 hour nap. My body has hated me for traveling all day from Florida yesterday and then staying up having fun all night.

The bank charged me about $2.50 for the ATM fee. It was a shady bank and I didn’t get a receipt, but I checked the transaction through my banking app and they took out the correct amount. I’m concerned when I don’t get receipts because there’s always a chance that more money was charged than I’m being told. 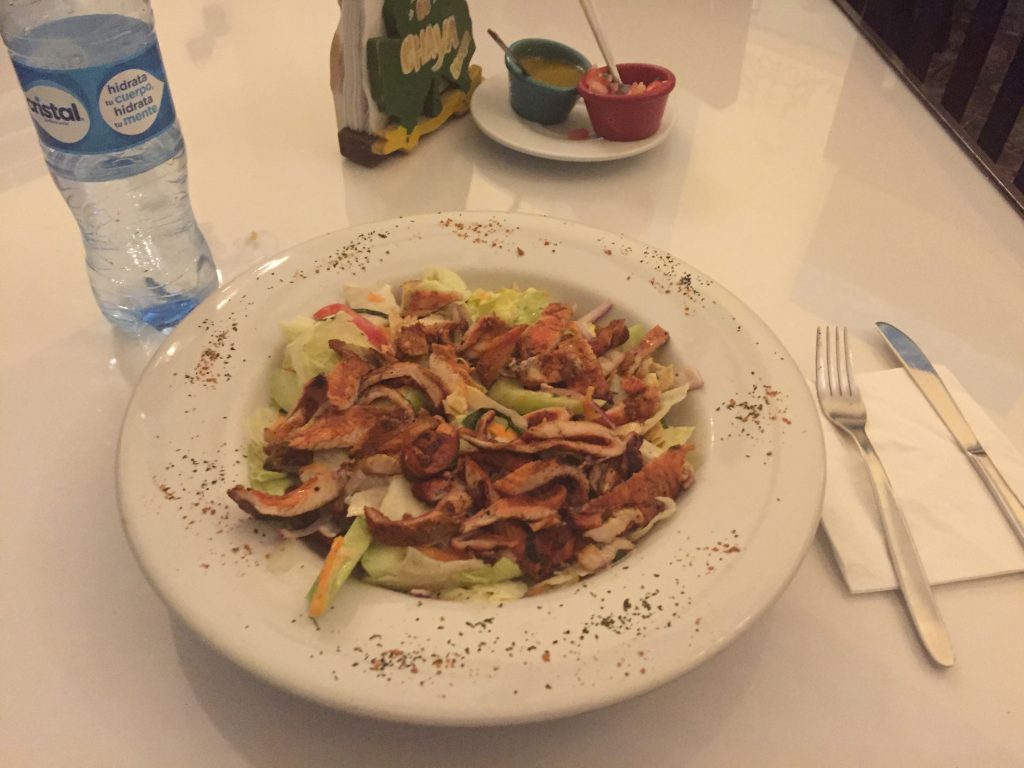 Right now I’m at La Chaya Maya, a restaurant in downtown Merida. For $10 USD I bought the Lima Soup, Grilled Yucatana Chicken Salad, a drink (Banana & Milk Smoothy) and a bottled water. Everything was fantastic. It was way too much food, so I packed up the rest for tomorrow. The salsa is misleading. It should be called “fire”.

For the rest of the night the plan is to take it easy. I’m thinking I’ll do some computer work, grab a shower and possibly have a beer tonight if I meet someone interesting or run into my new friends that I met last night. The likelihood of one of those two things happening is 100%.

Ok, plans changed which was expected. I did some computer work and then went out. I was planning on meeting up with some friends, but I couldn’t find them. Note to self: get names/numbers saved in phone before I go out.

Anyway, I ran into a group Mexican guys and girls at bar Mentecata that were really nice. Mentecata is basically like a big party with latin music, American dance music and reggeton playing loud. Everyone sings along with the songs at certain points which is really fun. I bought them some beers and they bought me some. They were terrible at English and I’m terrible at Spanish, but we all managed to have a blast. After going to Mentecata, they brought me to an “afterbar” nightclub. It was literally off the map…which made me nervous at first. But the guys were nice and I had my freedom/independence to come/go anywhere I went (no signs of force or threat) so I went along.

The club, being off the map, was something I’ve never seen before. We walked through this broken down building. It was like in the movies…there was nothing visible from the street, then I walked through these broken buildings, then it opened up to an incredible space. There was an entire club, security, video cameras, top notch audio speakers, lights, a great DJ, etc. It’s like they wanted to keep it quiet and have invite-only friends. I wouldn’t have been able to get in except the Mexican guys I was with vouched for me. I felt awesome, and it was all thanks to them. Everyone was partying, drinking and most people were dressed beyond standard club apparel. The women had nice dresses and the men had nice clothes, either name brand t-shirts (like Armani) and classy jeans or collared shirts and nice shoes. I looked good but wasn’t really ready for this. We had some good conversations in broken English/Spanish and laughed a lot. I think they enjoyed meeting an American that was open minded. I met Steffy, a pretty Mexican woman earlier in the night and we danced, laughed and became somewhat close.

I wish I got some pictures, but I didn’t want to be a gringo walking around the underground Mexican club while people were potentially doing illegal substances. It’s a club, not a charity. I hate to say it, but not finding my traveling friends wasn’t a bad thing 🙂

I will never forget the night I met a bunch of nice Mexicans and was invited to an incredible underground club. It was seriously like I was in a movie.

The night lasted until 5AM when I went back to the hostel and stumbled into bed.