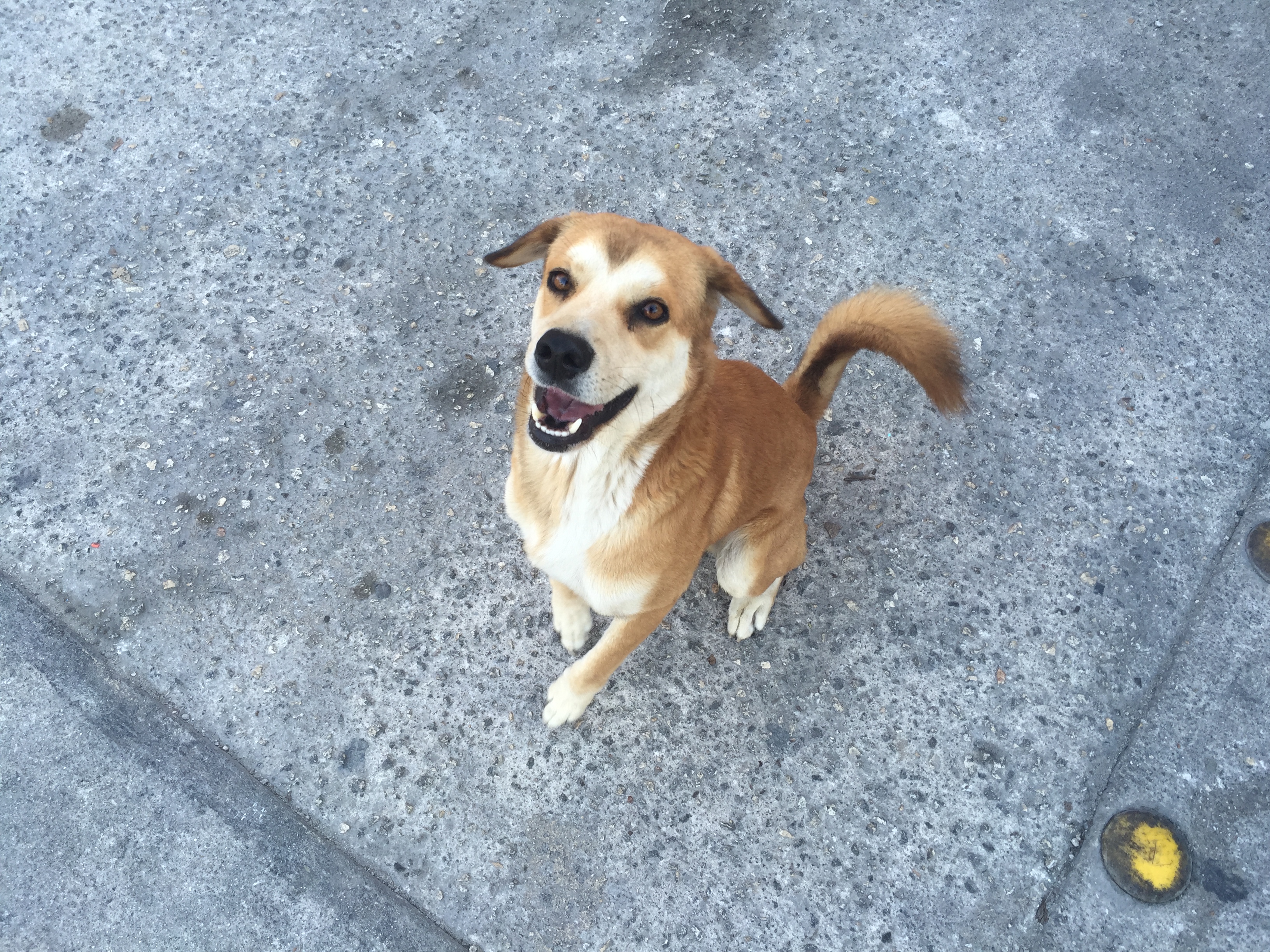 The picture is of a random dog I met while I was walking to get some food. He had a slight limp. His fir was dirty like most of the dogs have in Mexico. I made the mistake of giving him a piece of my taco. Now I was his best friend and he followed me everywhere. I gave him a few more bites before getting back to the hostel and shutting the front door so he couldn’t get in. That’s the last I saw of him. Very cool dog. There are many homeless dogs in mexico. It’s very common. They sometimes organize into packs and go through all of the trash together. That’s probably why some areas of the streets are covered in so much trash. It was good meeting this new friend today, I wish him well.