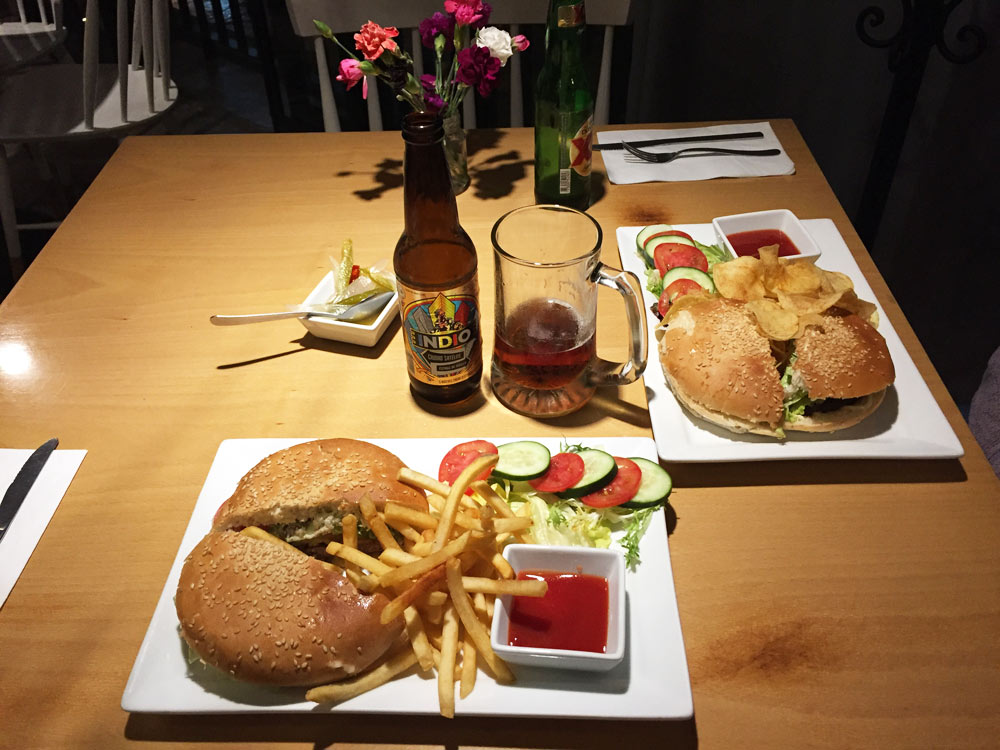 Today Chio and I woke up late and prepared for our trip back to San Cristobal.

After we left we bought Popsicles and went to the ATM since I was out of money. We were fortunate to find 35 pesos in the ATM machine which we will use to travel today.

Chio just read what I wrote and punched me for mentioning she didn’t have enough food in her house lol.

The trip back was long but it was really nice to get back to San Cristobal. Chio was telling me a lot about common salaries in Mexico and what a “good living” is considered to be. She said teachers in her position earn about $350 USD/month and a more comfortable wage is $500. For two people sharing space it’s about $700. And for a family of 3 or 4 it’s about $1000 USD. I’m surprised it’s so low, but it also makes sense why prices are so low. 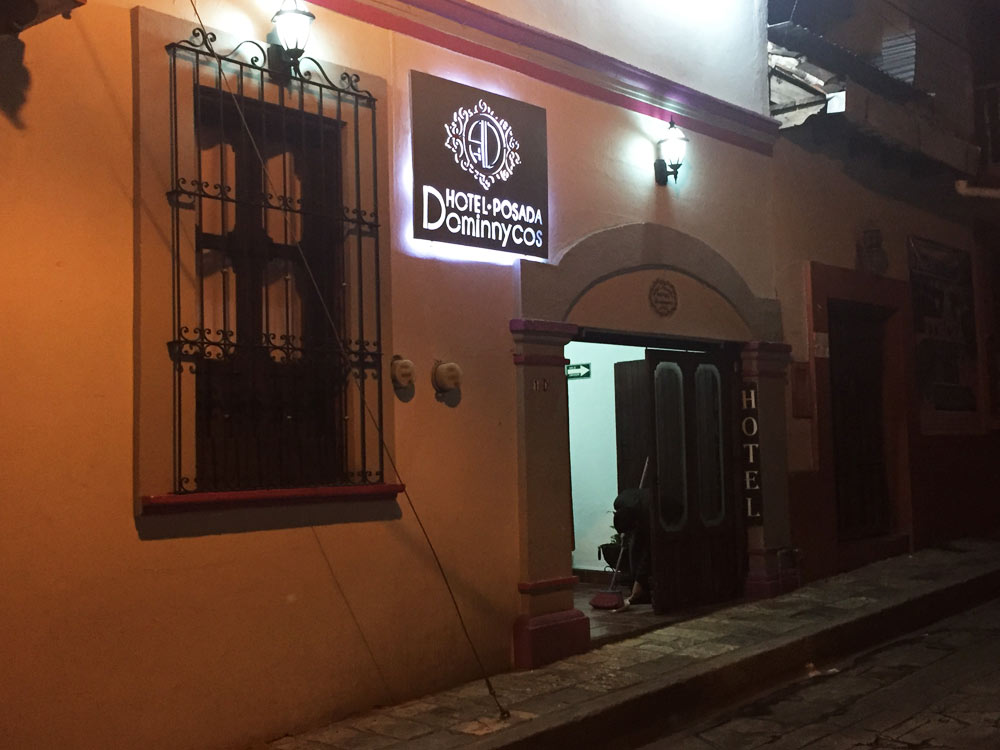 After we got back we dropped our stuff at the hotel (Hotel Posada Dominnycos), bought burgers, beers and carrot cake. The food at Namadi (facebook link) was incredible. Chio loves the place and recommended it to me. It was 140 pesos per burger ($7USD) which is pricey for being in Mexico (but still less expensive than USA). The food was awesome and well worth the experience. The carrot cake took so long to be delivered to us that we joked they were waiting for the carrots to grow. The table next to us were a mother and son and shooting paper straws at each other. Before I noticed what they were doing, one hit me in the head. I was confused at first at what had happened and then started laughing when I noticed them chuckling about it. It was very entertaining. 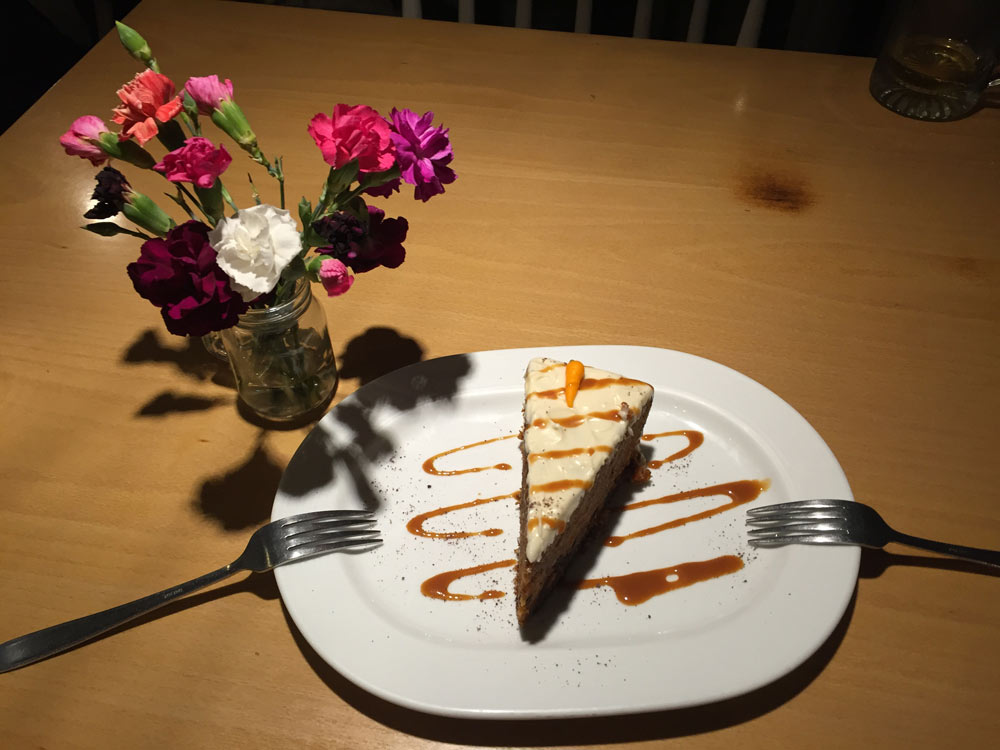 Overall the bill was about 450 pesos ($22’ish USD). Not bad for the best burger in town for two. I paid the bill because it’s such a small cost to me and Chio’s income is limited being from Mexico. Her Spanish speaking skills have been invaluable when traveling, so I’m more than happy to foot the bill on most things. Plus she just brought me back from the dead when I was sick. I saw Sebastian walk by when we were eating and I wanted to say hi, but I didn’t want to run out of the restaurant. It’s always funny to me when I see other travelers I know scouting around the city. I forget that we’re often on the same paths to other cities. 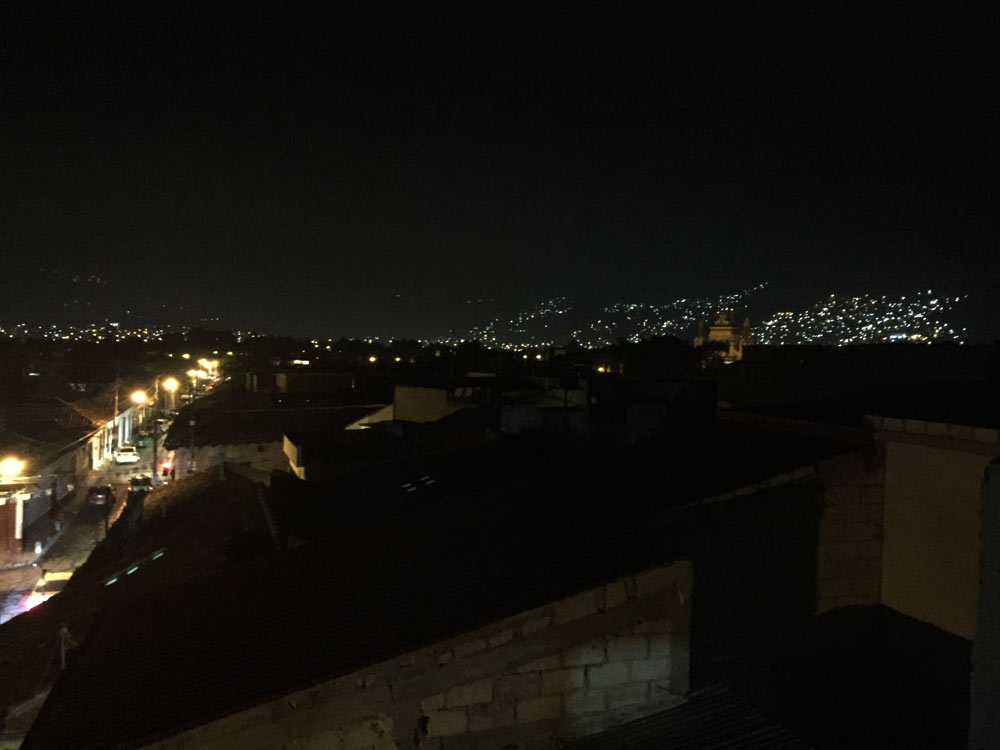 After that, we headed back to the hotel, talked on the rooftop patio for a half hour and then headed to crash. We watched English speaking movies with Spanish subtitles which made it really easy to learn Spanish. We watched a few things including the Simpsons, X-men (where Xavier loses his hair) and a couple other shows. It was a long night. 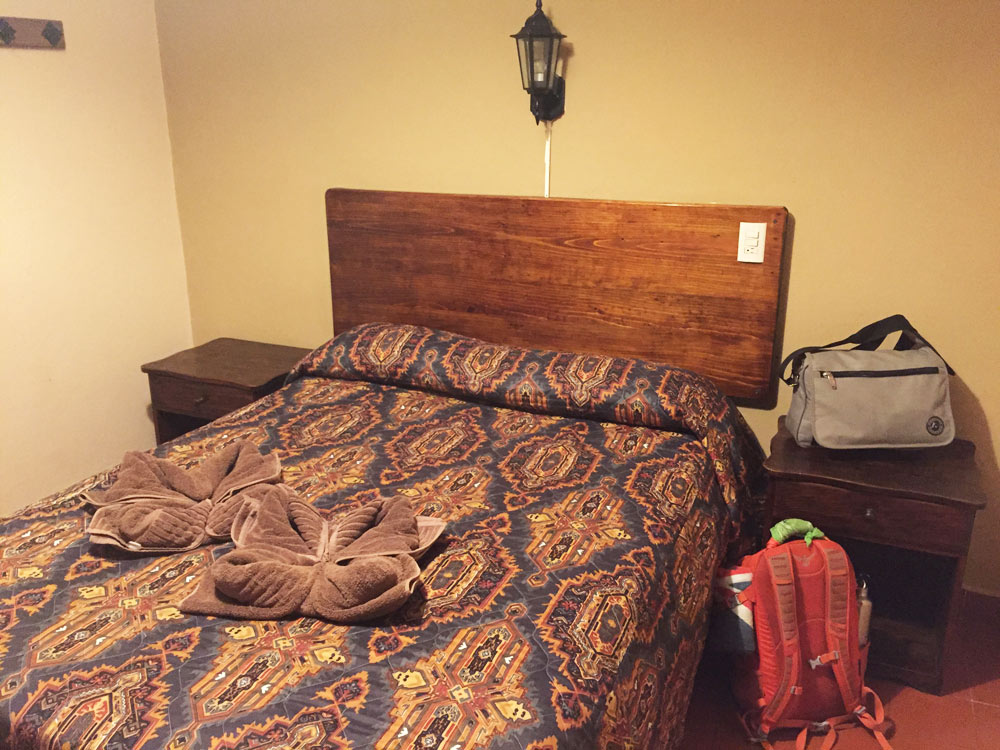 The hotel was awesome. Best $25 I ever spent, which is 500 pesos. Usually I spend about $6-8 on hostels, but this place was a steal for the price. There was a really nice private bathroom, super comfy towels, etc. I’ll write a review on it later.

We have to be up at 7:30 for her meeting with her nutritionist in Tuxla (Chiapas Capitol City). Then after we’re headed to the Zoo. Not sure if getting up early will happen.