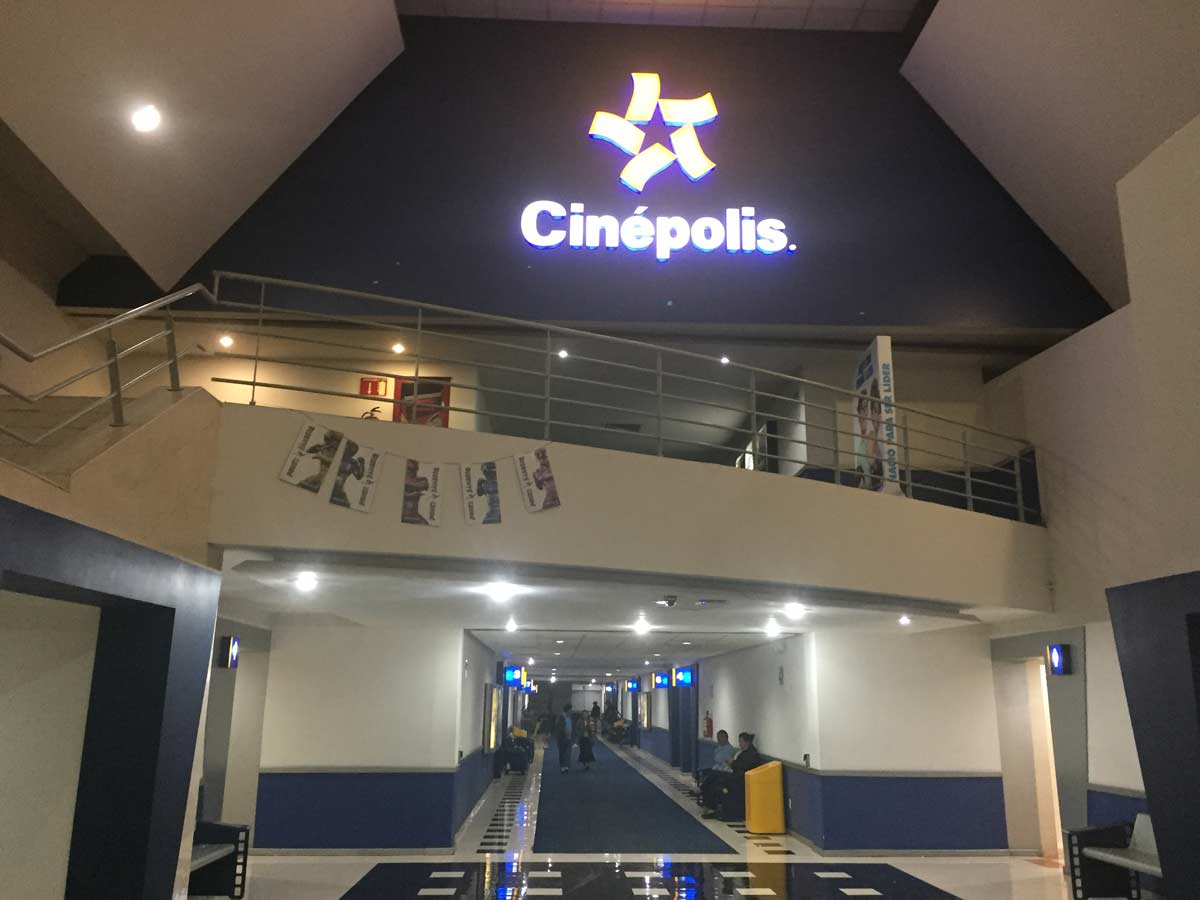 Today was a busy day.

For breakfast I had ham with eggs, black beans, hot sauce and torillas. It was the breakfast the hostel made for the guests and it was really delicious.

I took my antibiotics from when I was sick, which I’m near finished with. I only have one or two more days left of that and then I’m done.

Nice pic of the back side of the town center when I was deciding on what to eat. The town area is actually very lively, but this is the courtyard of the main government building (I think): 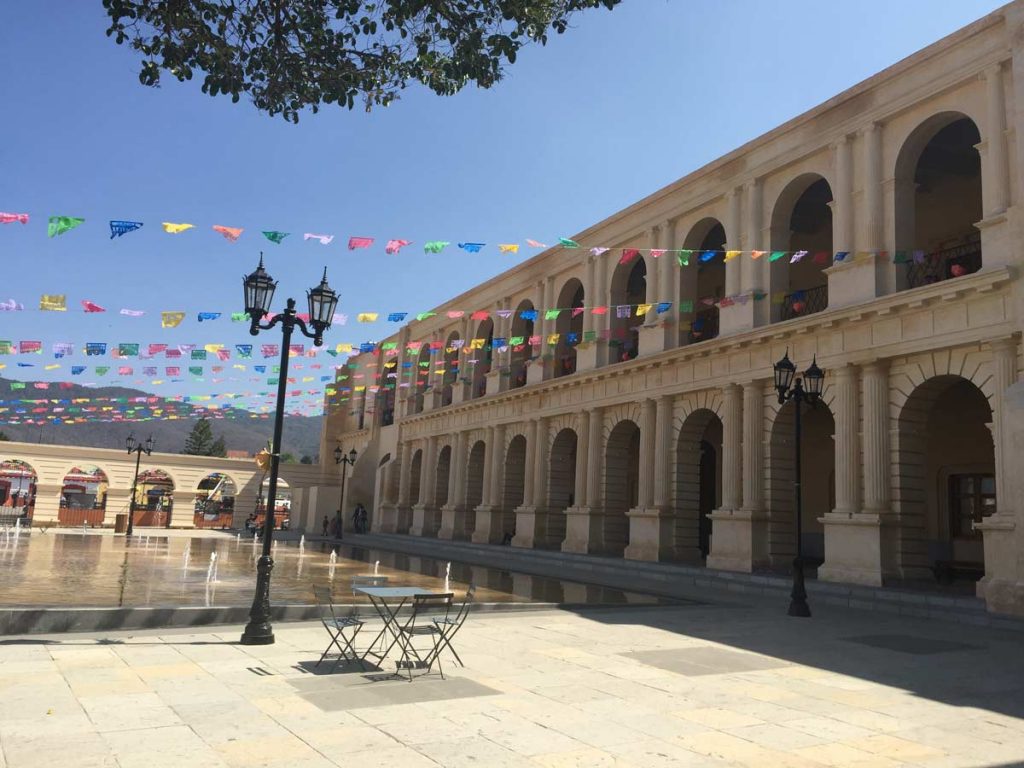 I ate 4 chicken tacos at a random taco house I found. I also had horchata which is a popular sweet rice milk drink with cinnamon sprinkled on top. It was all very good.

Later in the evening, around 8:30 I met Chio and we went to the movies. We took a Colectivo bus for 20 pesos each. 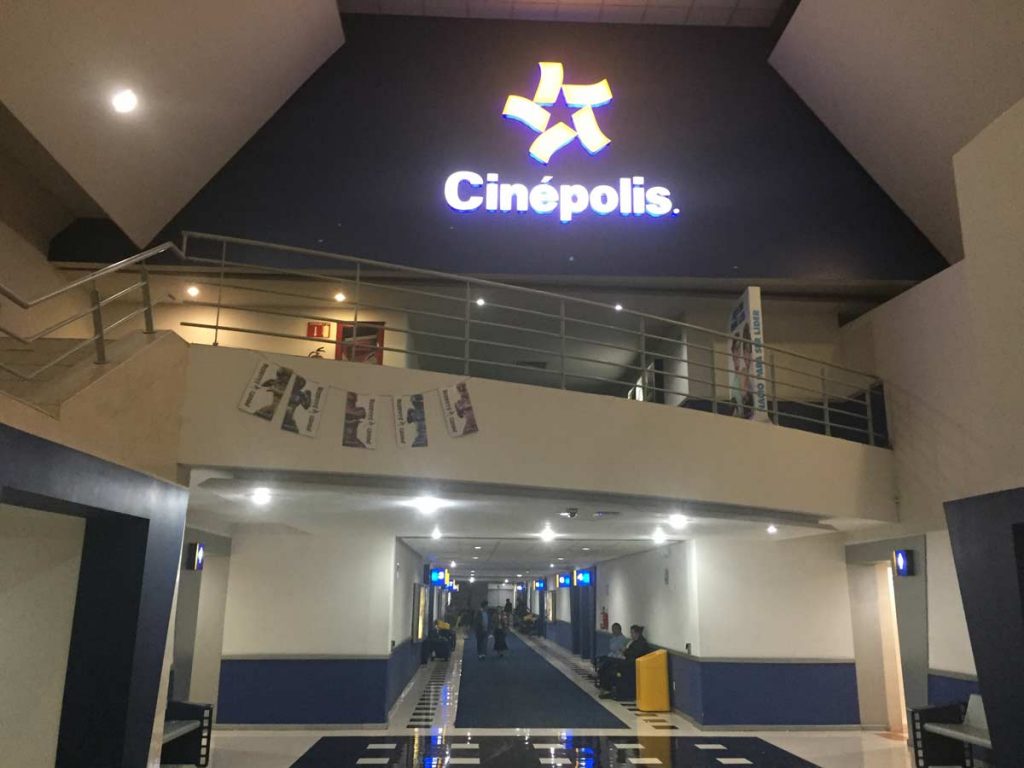 Before the movies (which started at 9:30) we dropped by a supermarket and Chio helped me buy some pro-biotics to help my stomach fully recover from being sick. I had an ice cream cone and she bought a jumbo hot dog. For a small woman, she can eat when she’s hungry. 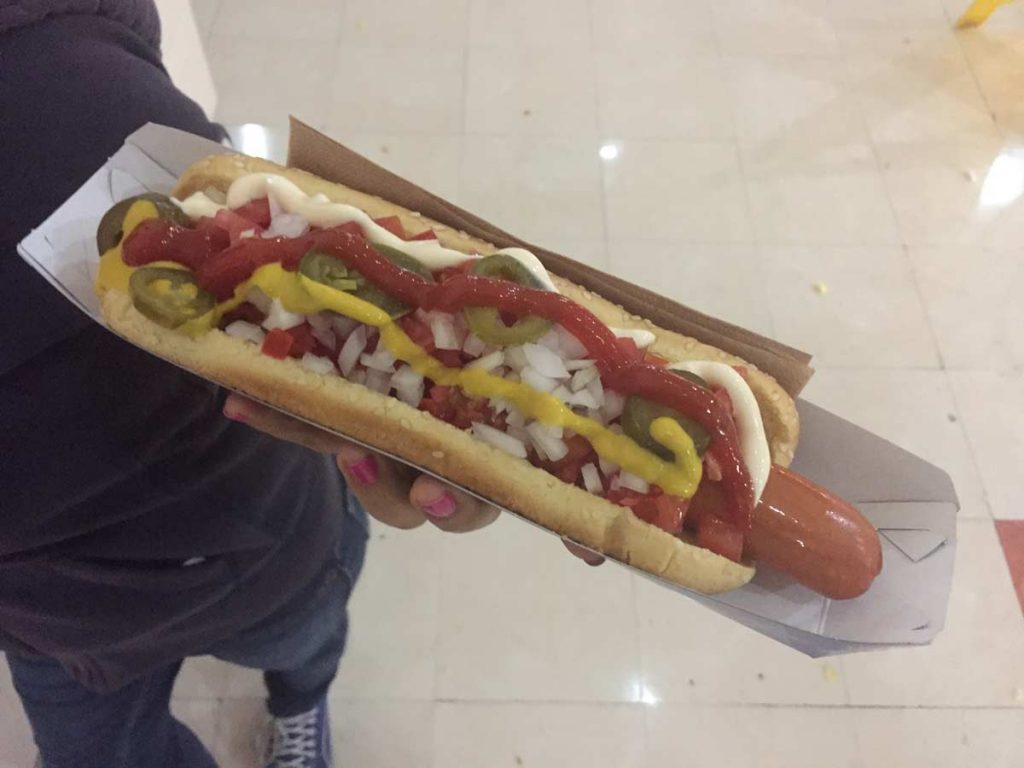 We looked briefly at clothes for the wedding for me in a couple weeks but didn’t buy anything. I’m super picky about clothes I wear so having 30 minutes to even choose shoes before a movie isn’t enough.

The movie was “Ghost in the Shell” with Scarlett Johansson. It was really good, but not a favorite. The words were in English and there were Spanish subtitles. The only troubles I had with understanding what was happening was when a main character spoke in Chinese and the subtitles were still in Spanish…never saw that one coming. But I caught the gist of what was happening.

We walked back. After we came back we got more tacos. I could eat tacos everyday. They’re so good and the salsa is to die for nearly everywhere I go in Mexico. I’ve only been disappointed maybe once in my last month of traveling Mexico.

After tacos we watched the TV at the restaurant for about 20 minutes and saw different Latin singers perform.

After that, we parted ways and plan on having lunch tomorrow before she heads to Motozintla.

It was getting late so I came back to the hostel, did a small bit of work and fell asleep. Update: I actually ended up having beers with French travelers and stayed up until 5AM. Unexpected fun times.