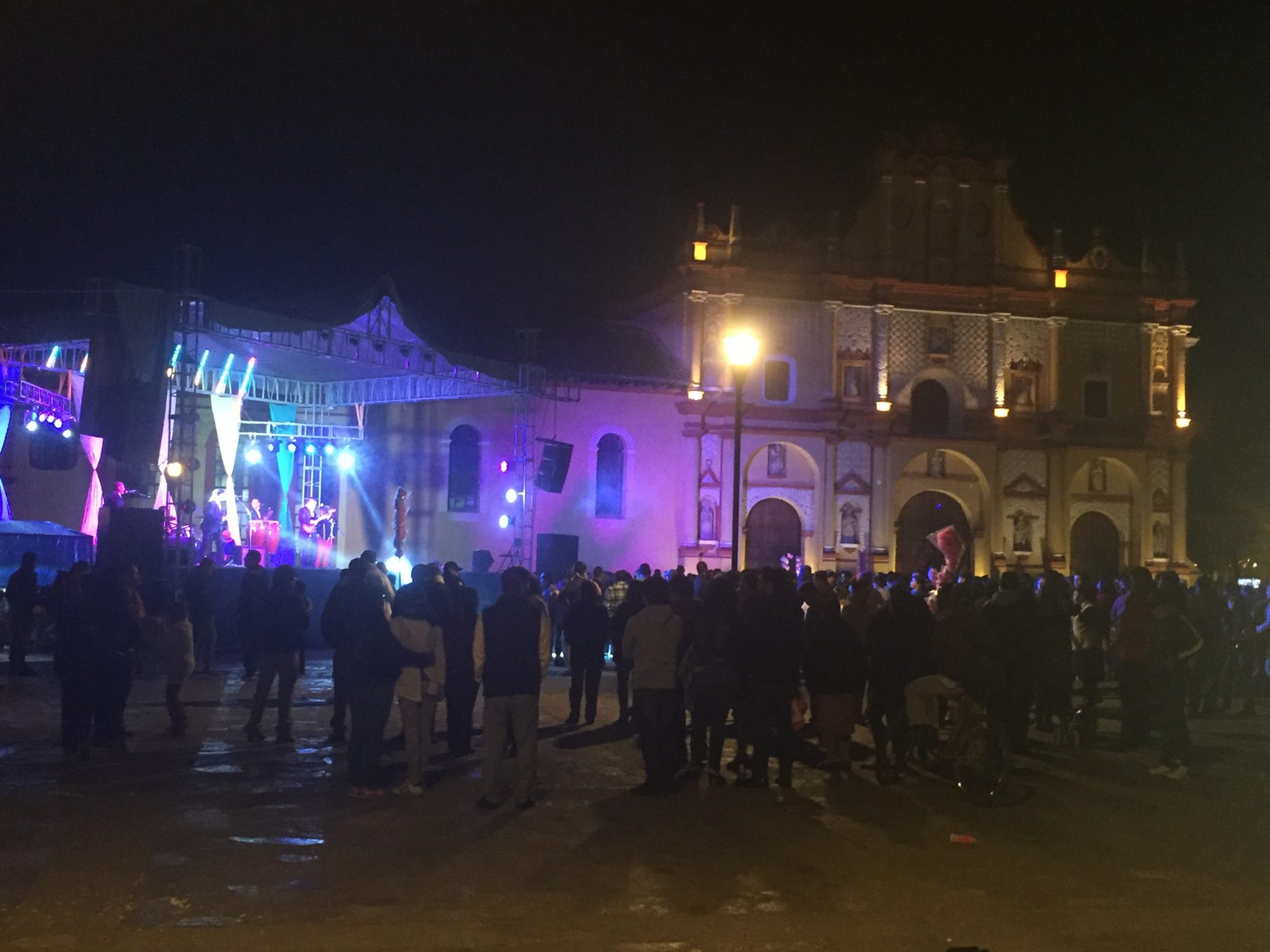 Even though I’m sick, I don’t let that hold me back. I went to the pharmacy to buy some over-the-counter medications that Chio suggested.

During the evening, I went out with a bunch of people, Catarina and Seth included. We had about 6 people in our group. The others were also from our hostel.

There was live music playing in the center of San Cristobal:

Local venders were selling their goods near the live music:

We went to a social place called Wapani. It’s not really a bar, although the sell beer:

They sell coffee, pie, pizza, chocolates, all sorts of things:

I bought some coffee and some locally made orange flavor chocolate. It didn’t last long. I offered a piece to Catarina and Seth to try and they enjoyed it too…

This picture is hard to see. It shows the inside of the place…

Here’s us socializing, with Catarina on the right. Maybe I’ll lighten these pictures someday if I get a chance (probably not).

We went to a few bars. I didn’t take pictures everywhere because a lot of the places were crowded and dark. One place we went to was playing loud cuban music that people were dancing to. It was too crowded, so I only drank half my beer and then we left.