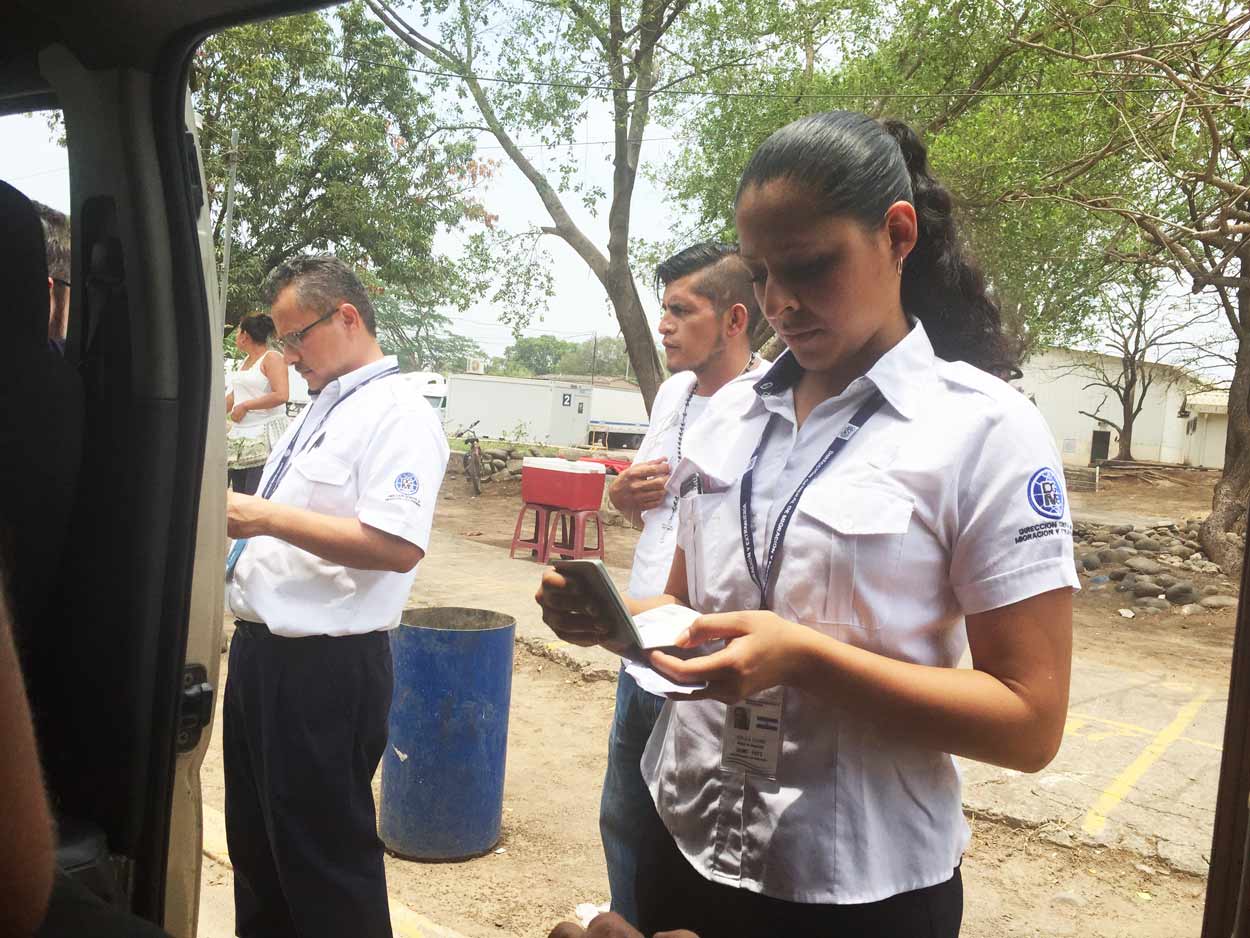 Today I woke up at 7:00. I ate some ramen noodles and a banana. I couldn’t cook anything but I needed a quick/cheap meal since I had to prepare for the bus ride and was limited on Quetzales. I didn’t want to go to the bank since I’m going to El Salvador which doesn’t use Quetzales. So I’m trying to avoid ATM fees and having unnecessary currency – plus it’s safer to travel with less cash.
After eating, packing and sending some emails, I went to the front desk at 7:35AM to see if I could buy a bus ticket. It worked. They sold me the bus ticket and the bus came only 20-25 minutes later. Our small hostel group of 5-6 hopped on the bus and the bus drove around Antigua to pick up other travelers. 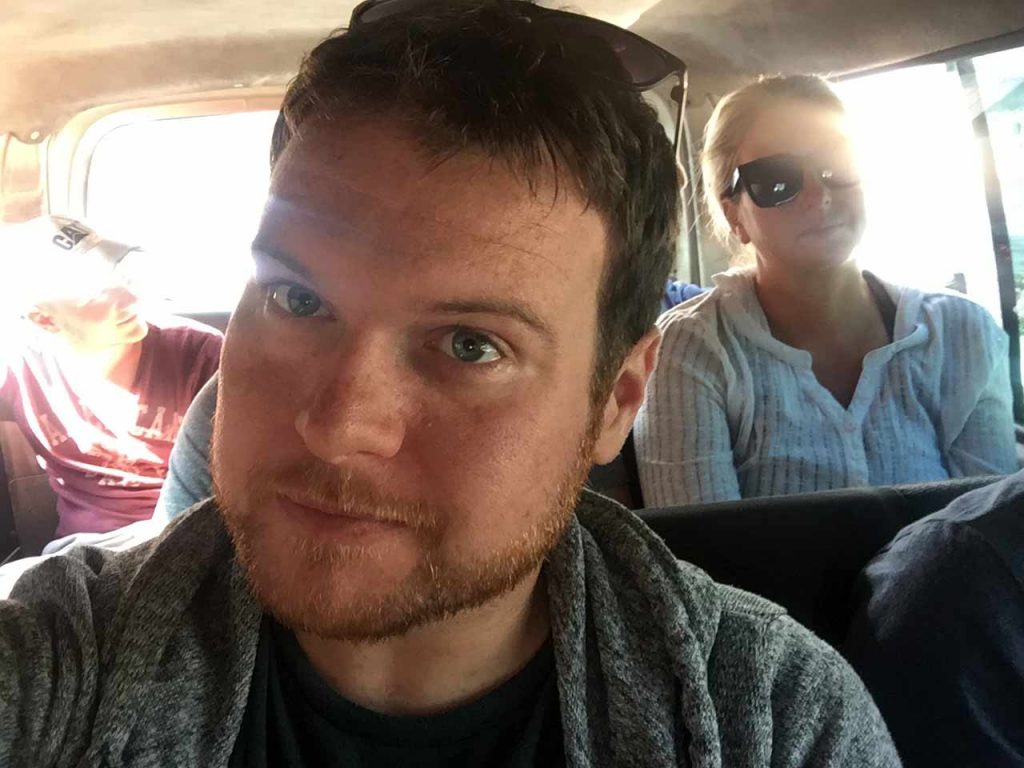 I found out that El Salvador uses USD as their currency. That’s great because it will reduce my currency conversion rates and I already have some US cash in my bag for when I first arrive. Also, I’m essentially out of Quetzales which means I don’t need to convert any money back to USD. My only concern is I’ve heard that El Salvador has prices similar to Guatemala. In other words, stuff is fairly expensive compared to Mexico and Nicaragua. If that’s true, then I won’t be in El Salvador for too long. Nicaragua has all of the same great stuff as El Salvador for a fraction of the cost, so why spend the extra money?
Anyway, right now I’m on the bus to El Tunco and only into the trip about 1 hour. I’ll post more updates later. 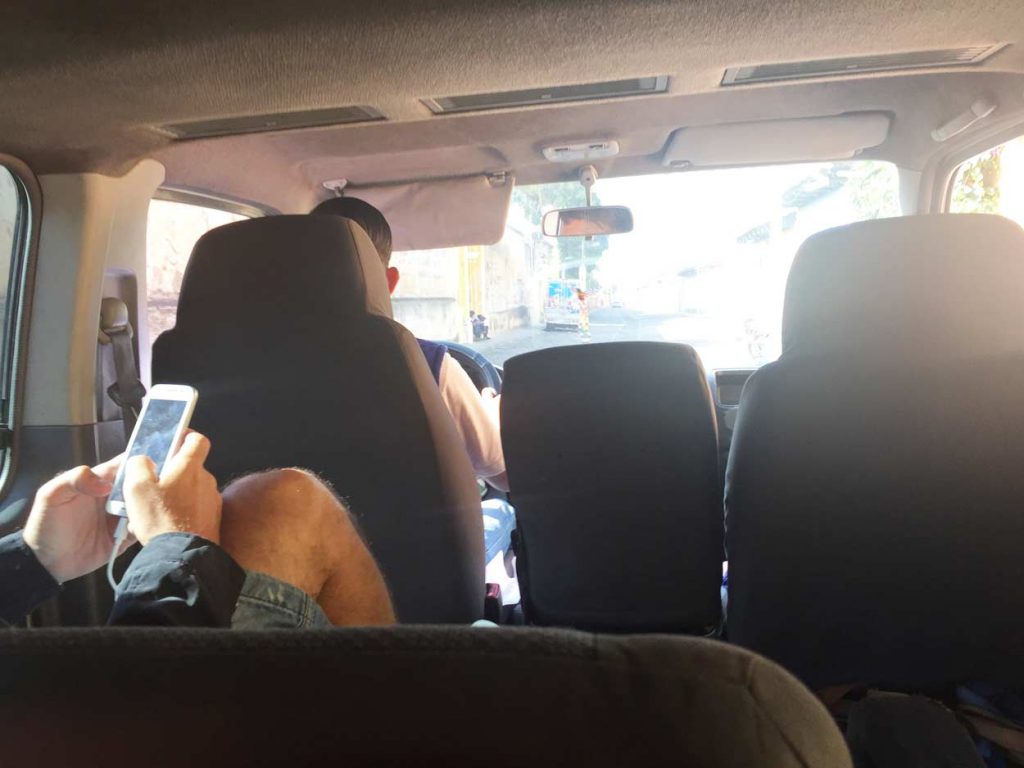 Stopped in Guazacapan, Guatemala for 10 minutes to refuel the bus that was taking us to El Salvador. I only had 4 Quetzales left to get rid of since I can’t spend them in El Salvador so I bought an ice cream (like a fudgecicle) for 3 Quetzales. When I went back to the bus outside I told the other travelers and 4 of them went and bought the same ice cream since they also had Quetzales to get rid of. It was perfect because the bus was hot, the ice cream was cheap and we all wanted to get rid of our pocket change. 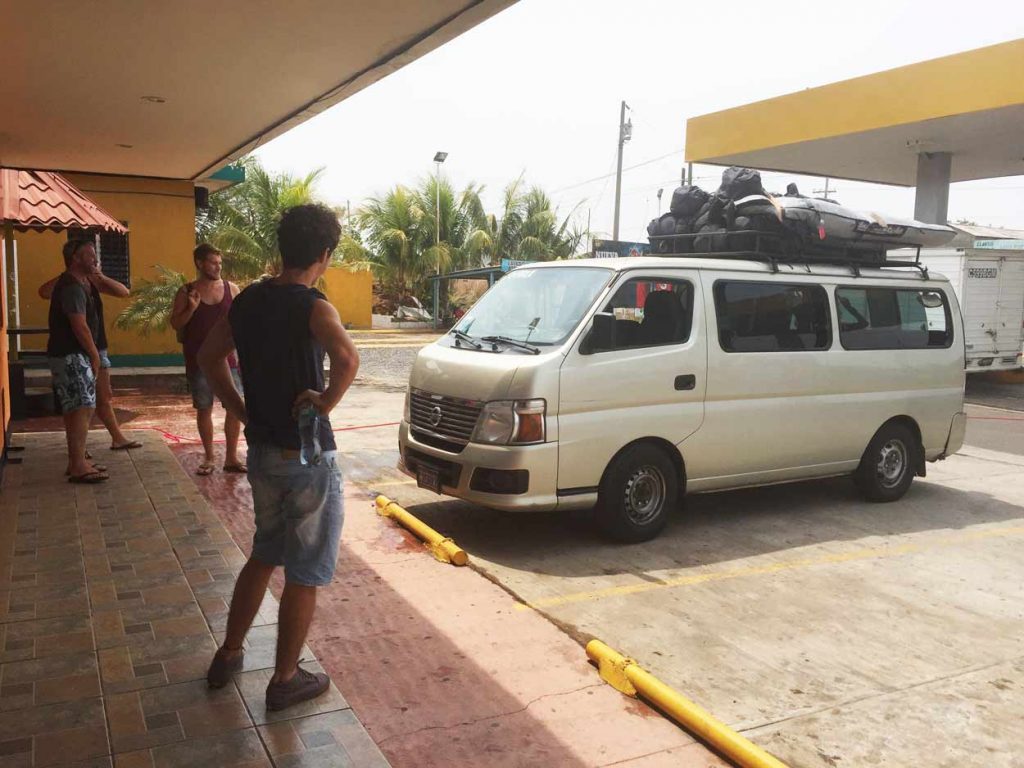 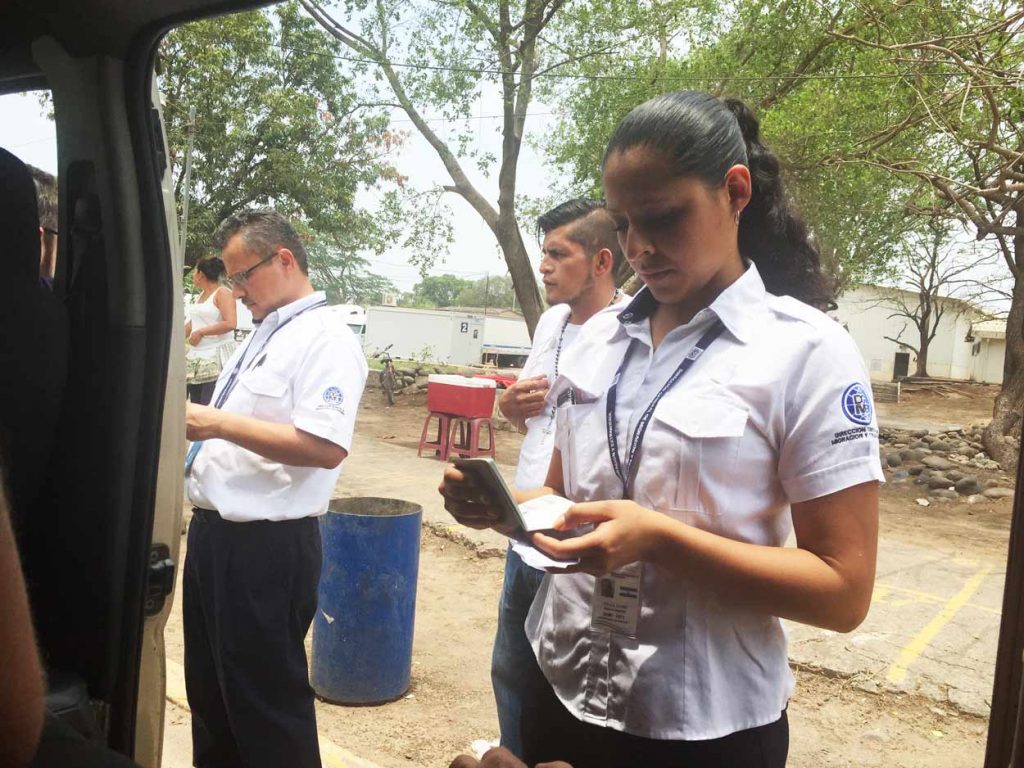 It was a little unusual because they didn’t stamp our passports. Apparently, they don’t do that in El Salvador unless you fly into the country. The reason is because the local countries (Guatemala, Belize, Honduras, El Salvador and Nicaragua) all have an agreement in place that if you visit one country, your 90 Day Visa applies to all of the other countries too. That’s cool. And since El Salvador is only accessible by those other countries, they don’t require a stamp (unless you fly). It didn’t cost anything on either side to cross the border. I was traveling with 10 other travelers and nobody paid anything. If you travel through these countries, just remember that to renew your 90 Day Visa you need to be really careful. It expires at the same time in all countries and you don’t want to overstay your Visa time.
Eventually we arrived in El Tunco. The town is awesome and I’ll write more about it tomorrow. Tonight I walked around town and had two burritos and potato wedges from a little local place: 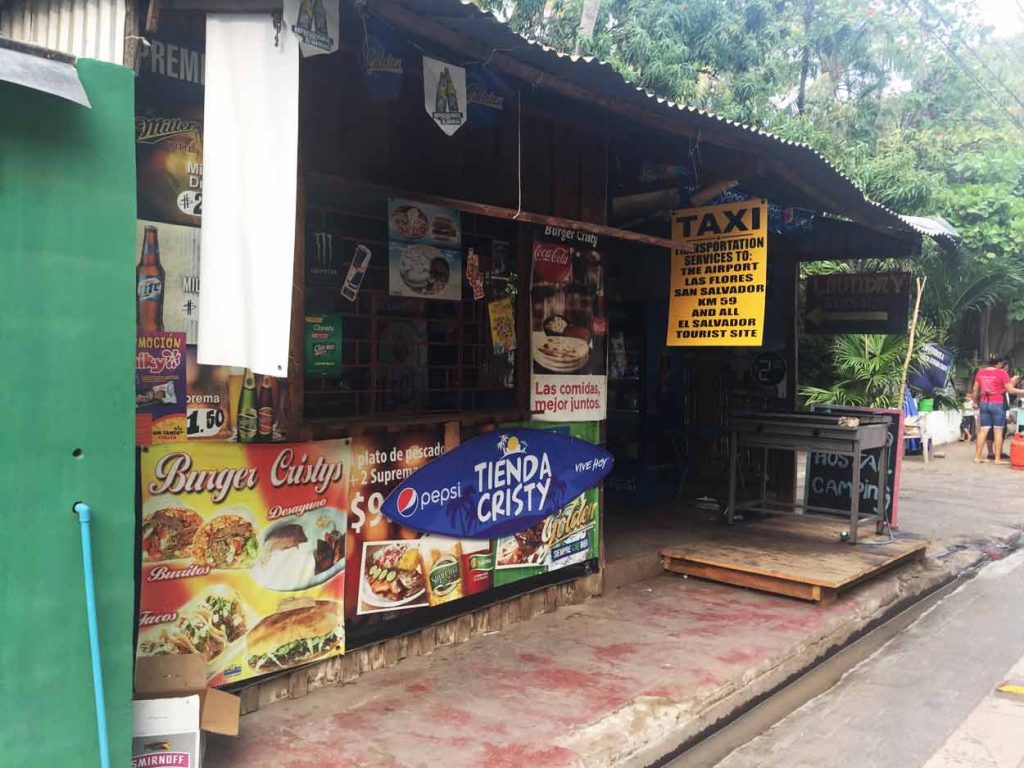 Here is the meal I had: 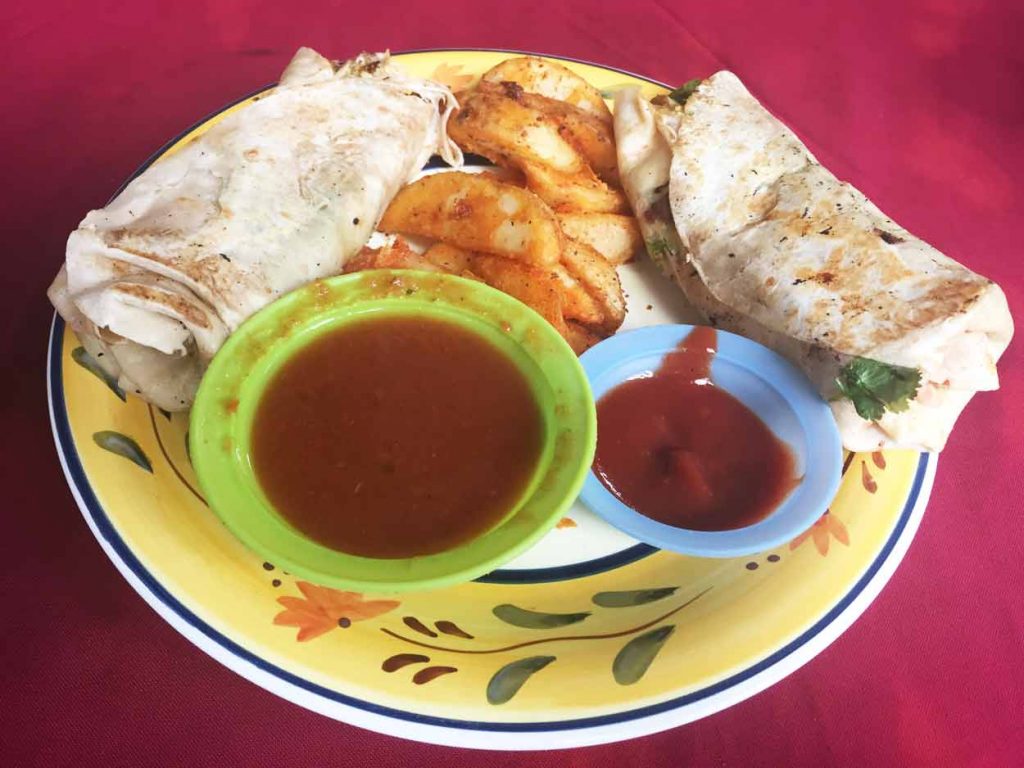 And here is the meal some friends had (fish head and all!): 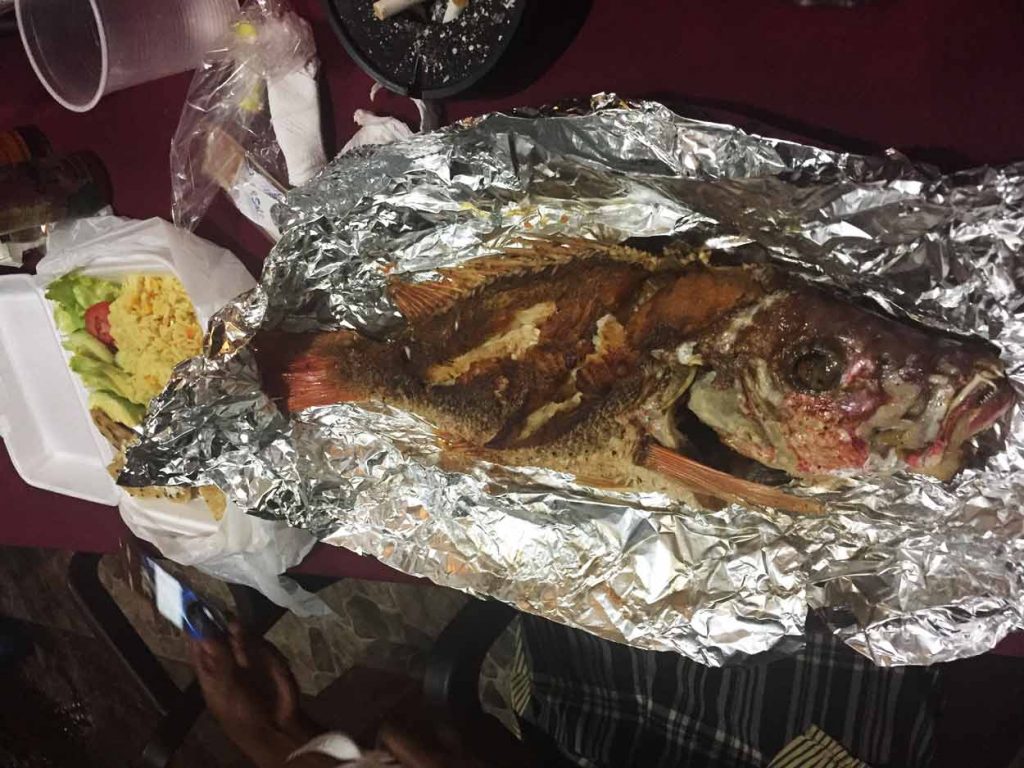 They said the fish was really good. I would have love to have try it, but they were chowing down and I preferred to give them their space.
After a while, we were all exhausted, so we crashed in the dorms. I’ll post more about the hostel tomorrow.