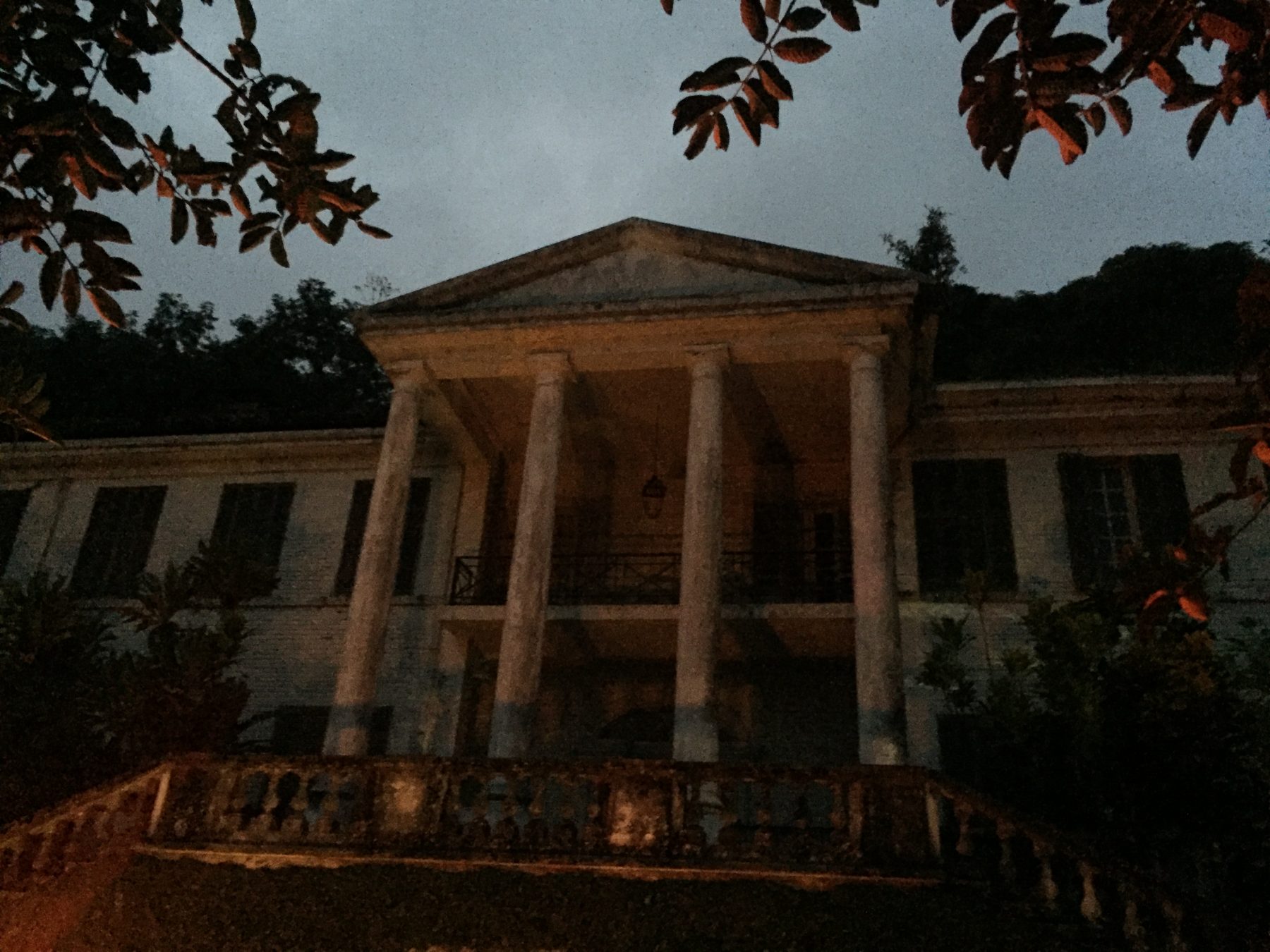 My girlfriend and I love horror movies and scary-themes. We are always watching scary movies when I have the opportunity to visit her.

Being in a long-distance relationship is a challenge. We have to make the most of every moment we get together when I fly to visit Stephanie in El Salvador. For this trip, she bought tickets for us to attend a haunted house, called the Guirola Mansion. Here it is:

Tickets cost $12 per person. The mansion is located in Las Colinas, Santa Tecla, which is about a 40 minute drive from the city of San Salvador. The tour company had busses that go to the Mansion at no extra cost, which was super convenient, because we didn’t want to drive.

The story and history is what makes this old mansion unique.

In quick summary: Nobody knows where the family came from. The family had money and nobody ever knew where the money came from either. So the common people superstitiously assumed that the father of the family “had a pact with the Devil”. The lavish mansion was filled with paintings and statues of Saints and Angels, but they were not known to be very religious. Also, there were many people that went missing that were previously associated with the family.

In retrospect, people later provided better research into the family: The family came from Europe in the 1800’s and made a lot of money from exporting indigo, coffee and cotton. Indigo dye from El Salvador is a blue textile staining dye that was so successful in trade that it was referred to as “blue gold”. Later the family lost their wealth when the coffee industry collapsed.

Us outside burning candles while we listen to the story:

Stephanie and I. Stephanie has a much better serious face:

This was a picture of us together as the Tour was getting started. It was daylight and still the mansion looked super creepy:

Reference: Below is the advertisement that Stephanie found and contacted to setup our tour. It’s offered by a company called Passion For Trekking: