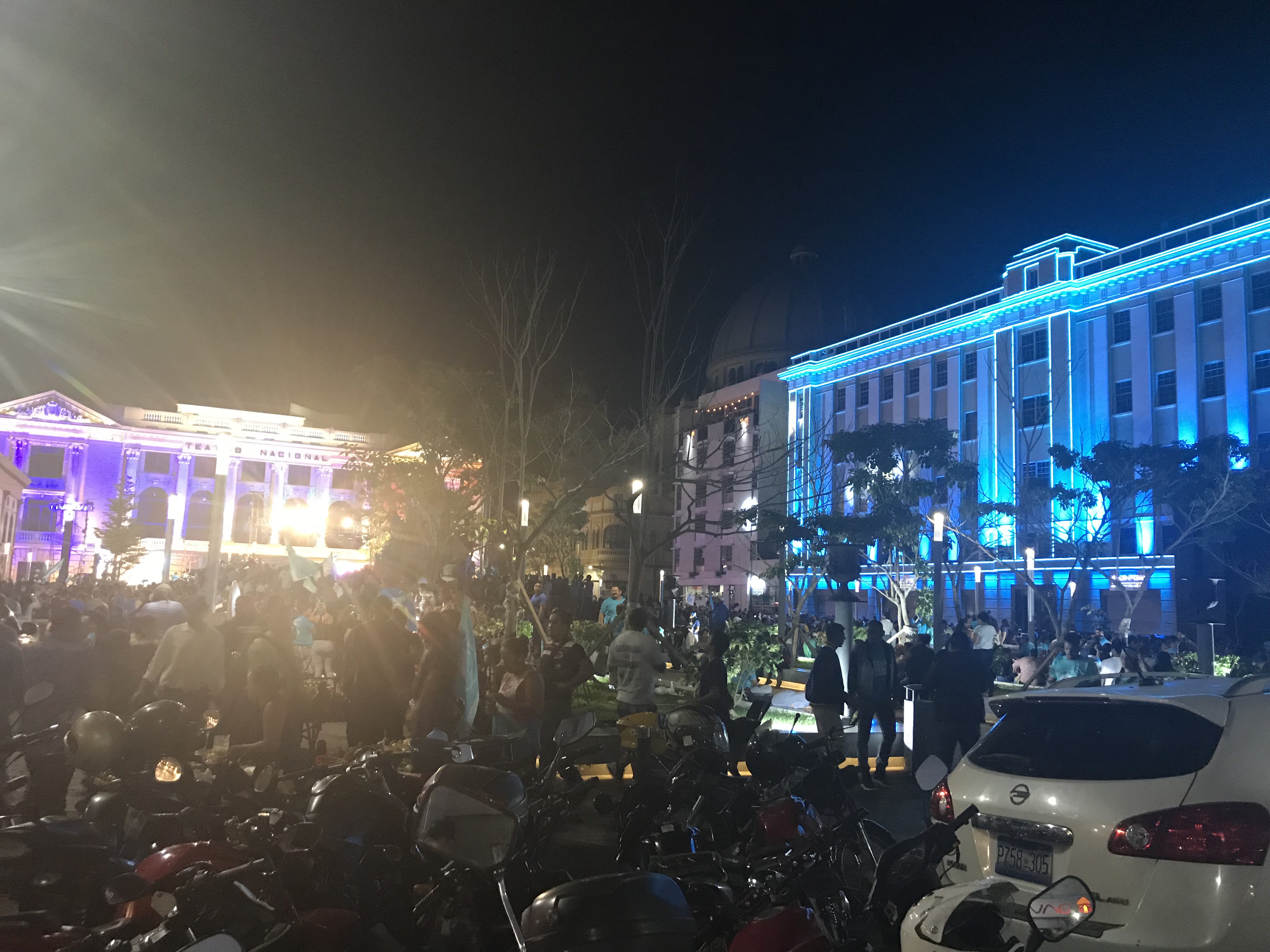 I’m only a resident, so I can’t vote. However, everyone in my girlfriends family voted. I’m just honored to have the ability to attend the events and see what is happening.

Once the election results were announced, the people of El Salvador threw a massive party in downtown San Salvador, the capital city of El Salvador. I didn’t know what to expect. When we arrived, people were shoulder to shoulder cheering and celebrating.

People were eager to grab any seat they could with a view. In the picture below, you can see how full nearby buildings were. Many people were hanging off buildings to get the best possible seating.

The reason this election is so pivotal, is because El Salvador has been plagued by political corruption. Both sides of the political spectrum here have been ransacking the public coffers and stealing funds for as long as the people can remember. The people of El Salvador have finally had enough…they voted for an independent candidate named Nayib Bukele and won in a landslide vote.

The two other political parties did everything they could to silence Bukele and prevent him from running for office. Dirty politics is common here. However, the Right (ARENA) and the Left (FMLN) are no longer trusted. Both parties have historically abused their power and failed to curb violence and political corruption. In fact, politicians have been known to work with gangs here to promote their interests in various ways.