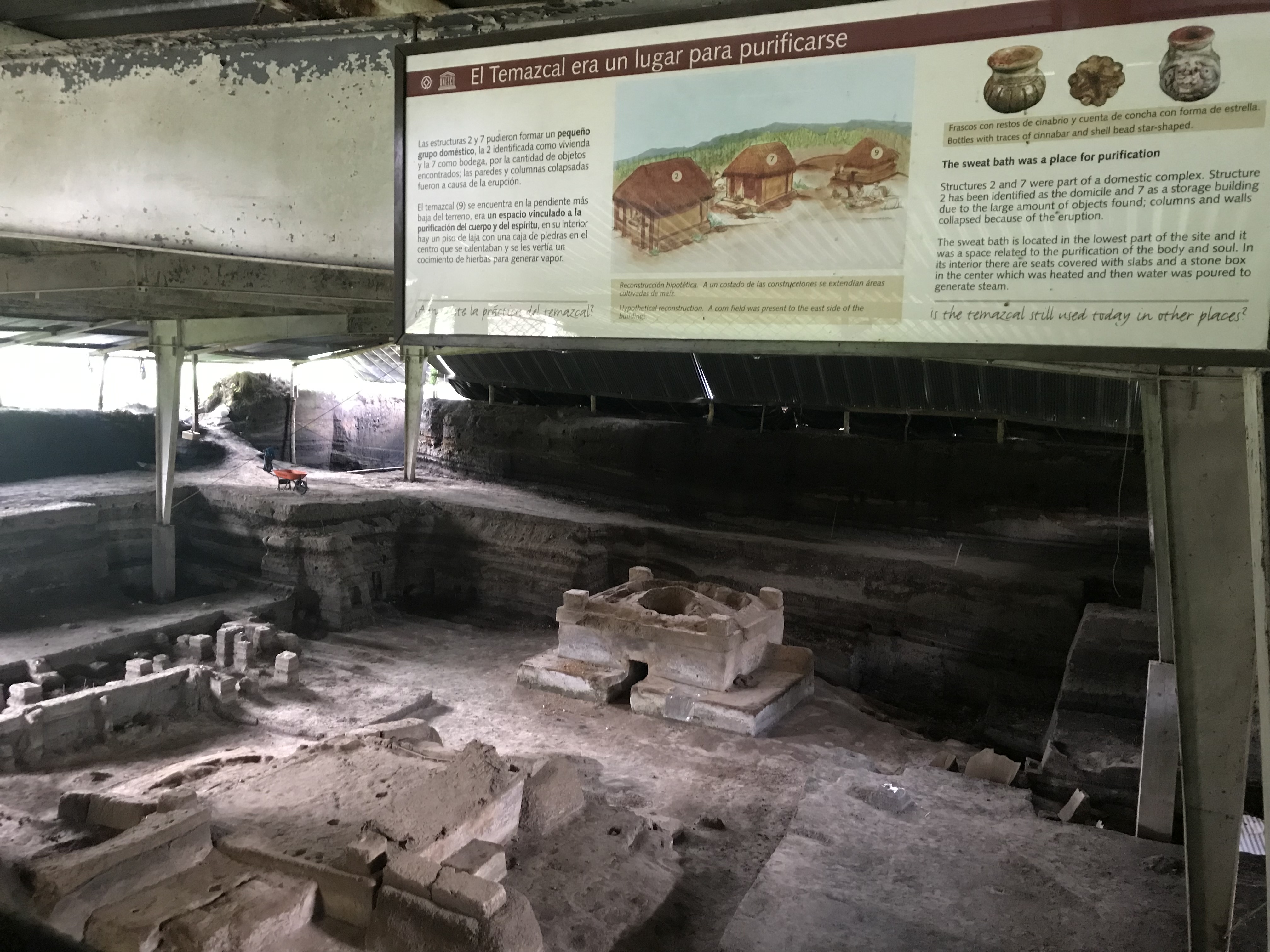 The ruins of Joya De Ceren was a pre-hispanic farming community from about 200 AD. The ruins are located about 30 minutes from the city of San Salvador, on the opposite side of the Volcano of San Salvador. Since the time that the ruins were discovered in 1976, about 70 buildings have been uncovered. You can see the three “areas” where the ruins were found, in the map below (screenshot taken with my phone):

I went to the ruins after I spent the morning climbing Boqueron – Volcan De San Salvador, which was beautiful. As you can see from the map above, the three areas are very close to each other, with about a 1-2 minute walk between each other.

The story is quite fascinating. The ruins were originally a town that was evacuated in approximately 200 AD due to volcanic activity that made the people flee. However, it was later repopulated. Then, almost four hundred years later, approximately 590 AD, a different volcano erupted (the Loma Caldera) which blanketed the town in volcanic ash. No skeletal remains were found, so it’s believed that the people were able to flee in time. They left many valuable possessions behind, so it’s thought that they were only able to flee with bare essentials.

They lived in what we would consider to be clay huts with leaf ceilings. It’s believed that the volcanic explotion was very sudden, because many of their items, including common house plants, were preserved very well by the carbonized ashe.

In the below picture you can see what was thought to be a public bath house and sauna-like building:

Being made from clay, the only way these buildings were preserved so well was because of the volcanic activity in the area. In the below picture, you can see a short wall, with holes.

There were many beautiful plants and exotic flowers of El Salvador in the walkways of the ruins, many of which grow naturally here.

I wrote more about these exotic plants in my other article titled Exotic Flowers of El Salvador. I love the tropical plants that can be seen in most parts of the country, however, these plants were especially different.

The ruins of Joya De Ceren are thought to have once been the home of about 200 villagers. It’s hard to determine the actual amount of dwellers because no human skeletal remains were found.

It was an interesting day. There was no temples or tall structures that we usually think of when we think of the Mayans, but there was a lot to learn.

I recommend checking out the Tazumal Ruins first. But the ruins of Joya De Ceren definitely offer some worthwhile sights to see.