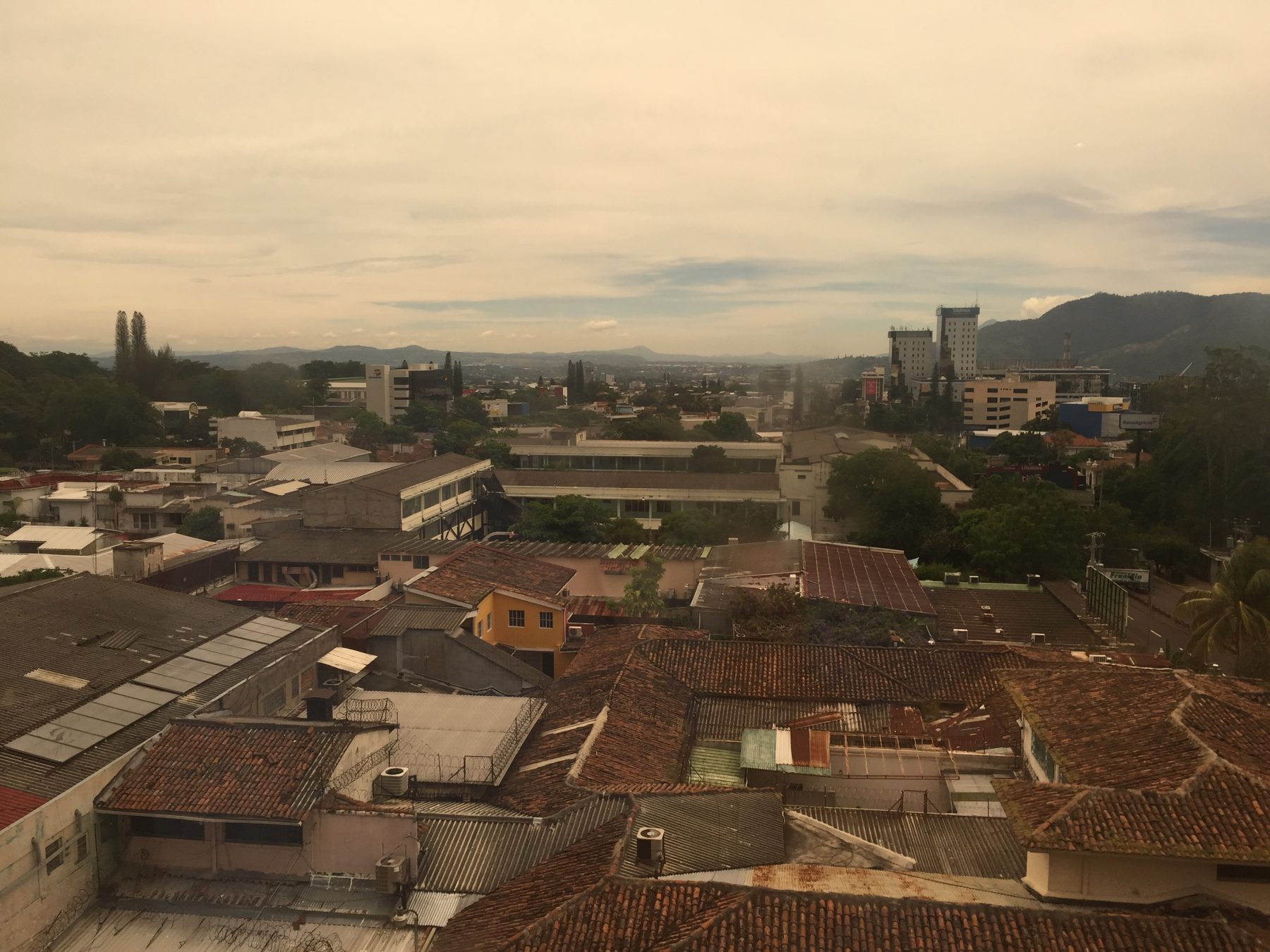 I originally started visiting El Salvador in 2016, approximately 3 years ago. I officially moved here and started my residency one year ago. So, I’m fairly familiar with the crime and violence here in El Salvador. I’ll admit, by coming from a developed country with substantial law and order, I’m still fairly naive about the depth of the integration of gangs in the inner-workings of the economy here. In other words, I don’t know exactly how it works or how deep it goes.

However, I’ve made a lot of observations and I’ve spoken to enough people to know how important safety and security is in a general sense. And I can see how people live their lives differently here to overcome the potential dangers that exist outside of the home.

For starters…the media has it all wrong.

Gang-violence in El Salvador is challenging conversation topic to have, because people and media from other countries often sensationalize and exaggerate the sentiment of what it’s actually like here. They think itsa war zone. Maybe that was true in the 1980’s when El Salvador was having a civil war but thats not at all the case today. The government here has been implementing wide-scale efforts to reduce gang recruitment and overall membership. The media fear-mongerers make it seem as if the streets are often littered with dead bodies, gun shots go off day and night and everyone is terrified to leave their house. NO. That is all wrong. Let’s dig in…

No, people don’t live in fear every second of their lives here.

People live normal lives here. They wake up, go to work or school, go home, eat, sleep and have fun on the weekends. Public festivals and fiestas are very common. Family time is very much enjoyed by the people here. There is a sense of community. Walking in public during the day is nothing to fear, as long as you’re not being overly flashy or trying to get a lot of attention. Although the people here realize that danger is something that is possible, they know that the chances of encountering danger is very small.

Women tend to worry a little more about their safety and men tend to be a little over-confident. Same as mostly anywhere. People typically run errands during the day and use the evenings for family time. When night falls, leaving the house is generally not advised although it’s fine in some cases, such as having the safety of one’s own car, going to a busy public place (like the movies or a restaurant) and walking to a nearby market for a couple small things. So, generally speaking, if you’re not just “hanging out” in the streets then you’ll probably be ok.

Yes, El Salvador has a high per-capita rate of crime, but it’s still low with consideration to overall numbers.

El Salvador has an estimated 6.45 Million people. It has the same population of the State of Massachusetts or the country of Denmark. It’s small. In 2018, El Salvador had 51 Murders per 100,000 people. That made them number two below Venezuela. Honduras was a close third, as Honduras usually is, because Honduras and El Salvador are closely linked with family and gang relationships. When the media projects that El Salvador has such a high murder rate, they rarely mention that it’s still a very low proportionally to the number of people here. The people that live here know that, and that’s why they’re able to live normal lives.

Another example: El Salvador had 90 robberies per every 100,000 people in 2011. That sounds like a lot. For a country of only ~6 million people, it’s actually not much. For example, Costa Rica had 524 robberies per 100,000 people in that same year. Costa Rica has less than 5 million people. So, everything is relative but it also depends on scale. El Salvador is a small country with a high rate of crime relative to developed countries, but with an overall low number of crimes.

I feel safe here. Maybe that’s because I’m careful: I don’t wear flashy clothes or jewelry, I keep an average/low profile, my car is very average and I follow common sense rules regarding safety. But also, foreigners are almost always NOT the target.

Gangs (or “maras“) target the businesses in their area for “la renta” and they target members of other gangs. Gangs, such as MS-13 (which is so often in the news), are about territory. They mainly earn their money through monthly payments from businesses through extortion. It’s similar to old-school italian mafia style, where they offer “protection” from the other gangs. There’s 4 or 5 main gangs and each of those are constantly in competition with one another, for turf.

Drugs are not publicly acceptable in El Salvador

In the USA, everyone seems to have a different sentiment about different drugs. Some people in the USA are publicly open about using marijuana, for example. It’s not the same here. People frown on drug use here, of any type. All drugs, except pharmaceuticals, are illegal. Remember, this is primarily a catholic culture, which means that it’s largely conservative and drugs are not something appreciated. Where the United States has a problem with heroine and meth, El Salvador doesn’t have substantial drug problems. Of course, drugs exist, especially marijuana and cocaine, but it’s not nearly as common as it is in the USA. When I’m out in public, day or night, I almost never see people that I would consider users. In the USA, it was fairly common to see people that were users.

I force myself to take caution.

I don’t worry because I don’t believe that there is a real threat around every corner. Because there’s not. However, I force myself to remember to take caution in the very small chance that there is. I think that’s generally how most people think here. When I’m in public, most people are laughing and enjoying their time with their friends or going to/from work or school. During the day, people spend time in the street talking to neighbors (socializing is very big here).

The government is (was?) the real problem but that’s improving.

In the end, things in El Salvador will only improve when the government corruption stops here. The left and the right political parties here are both known for massive corruption. A new, independent president, Nayib Bukele was recently voted into office (I wrote an article on that here), and he’s been furthering progress to reduce the violence in El Salvador. Without sound government, the violence will only continue. And the people have voted for change, so we’re staying positive that things will continue.

I love El Salvador. It’s a beautiful country with a lot of problems. But all countries have problems. The United States, my home country, is facing polarization, government scandals, immigration issues, identity politics crisis, gender issues, sensationalism by the news media, and the list continues.