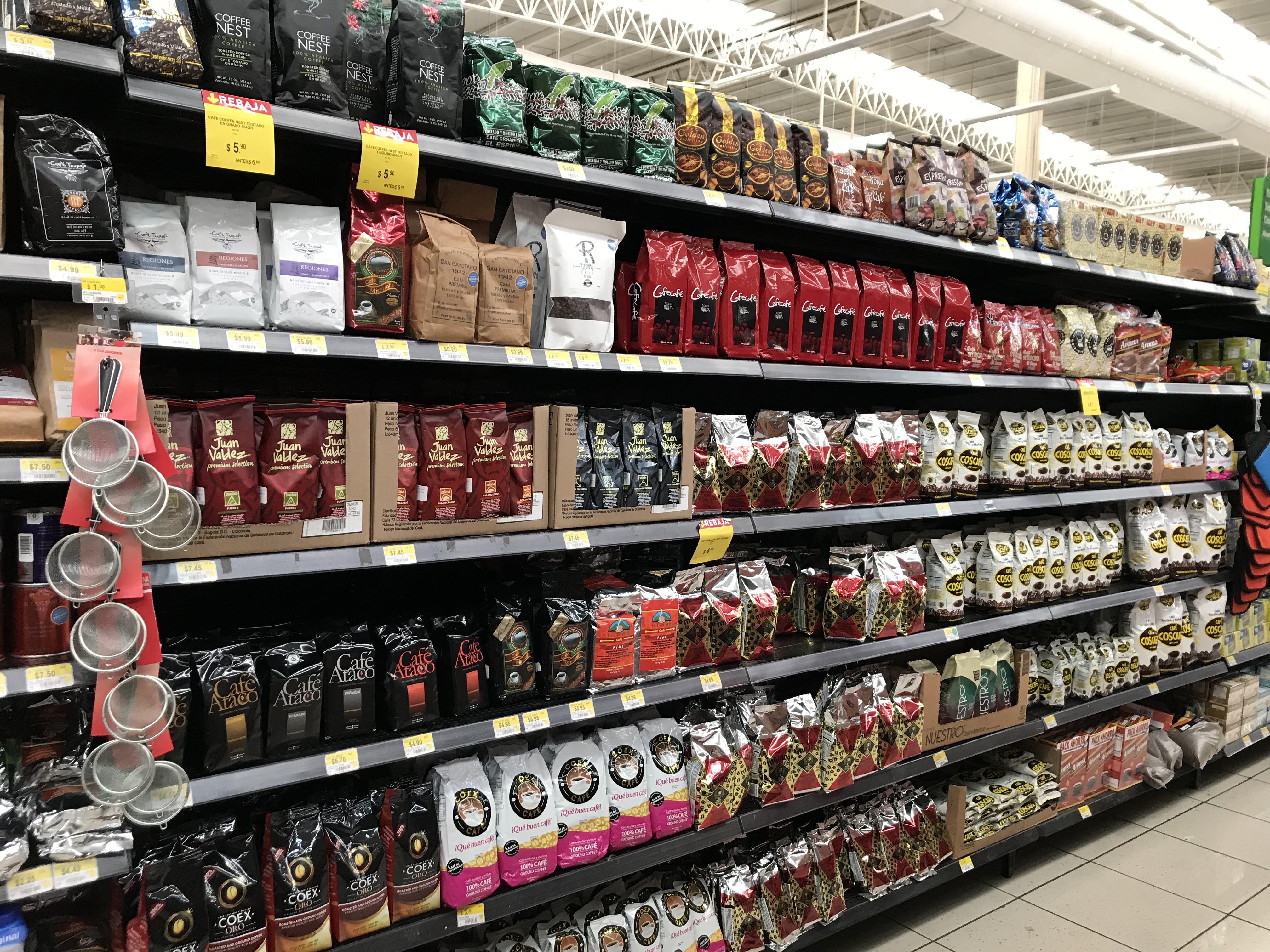 I’m not an expert on the various types of coffee of the world. That said, I’m fairly knowledgable of coffee through-out Central America. Traveling the continent and living in El Salvador has exposed me to a lot of different brands of local coffee that I otherwise would have never found.

During my infrequent visits back to the USA, I often visit coffee shops and see promotions geared towards coffee from El Salvador.

El Salvador’s is know around the globe for its coffee

They produce exceptional coffees to a consistently high standard. They don’t mess around. It’s one of their biggest exports, along with sugar, corn, rice and beans. That explains why nearly every one of my meals here in El Salvador involve all of those ingredients.

Coffee farming in El Salvador dates back to the 1880’s, when El Salvador began realizing the large demand for coffee in the developed world. Within 40 years, coffee grew to be more than 80% of El Salvador’s exports. While other locally grown exports have increased to take a larger portion of exports, coffee from El Salvador is exported to all corners of the world.

It competes in flavor, not in volume

El Salvador can’t compete in volume. It’s the smallest country in Latin America by land size, and the population is only 6.45 million people. El Salvador’s measly $121 million worth of annual coffee exports can never compete with Brazil’s $4.6 Billion in export volume in 2017, not to mention the Billions of $ produced in other countries. However, volume is very different from quality.

Additionally, El Salvador is volcano territory, often known as “The Land of Volcanoes”. This means that the soil is heavily influenced by it’s unique mixture of soil ingredients from millennia of volcanic activity, combined with lush rainforest soils, fruit farming and regular rain. This offers conditions that cannot be found in other regions of the world for producing coffee beans.

So, while export volume is incomparable to other countries, El Salvador offers flavorful coffee that is loved around the world. My coffee-loving taste-buds are very happy with my decision to move to El Salvador.

I’d make a terrible critic, because I almost always enjoy the coffees that I come across here.

Growing coffee beans in higher altitudes generally produces higher quality coffee with more complex notes. The most sought after coffee beans in the world, according to coffee experts, come from altitudes of 4,500 feet because they offer a more acidic aromatic and sometimes fruity flavor. Coffees below 1,500 feet are considered to be bland and earthy. El Salvador has a wide range of altitudes and therefore a wide range of levels of quality in the coffee the country produces.

A significant portion of El Salvador has an altitude at, or above, 1,500 feet. The most notable areas for coffee growing are Santa Ana (2,200 feet) and the Cacahuatique Mountains (5,400 feet). The Cacahuatique mountain range yields some exceptional green coffee beans, however, getting there by car is a task and it’s difficult to buy the beens locally because they’re mostly shipped internationally direct from the farm. The pristine air quality, high altitude, cool temperature, natural soil and undisturbed land are the exact reason it produces exceptional coffee beans.

Some coffees from El Salvador that I recommend

I should mention first that taste-testing all of the delicious coffees here in El Salvador is a work-in-progress for me. Due to the high number of local farmers producing incredible coffees, it’ll be years before I can comfortably give a complete list of “the best”. For example, I’ve read stellar reviews of Los Planes (by Theodore’s coffee) and I’m still waiting to get my hand on a bag. Here I’ve put together an incomplete list of coffees that I recommend.

The well-known ancient Mayan Tazumal ruins are located in a very small town called Chalchuapa. Only 20 minutes west of the better-known small city of Santa Ana, it’s surrounded by dense rainforest and volcanoes. This local coffee producer (a very small business) does a good job at capturing the opportunity to provide rich and fresh local coffee from the region. And I’m glad I found it, because it’s outstanding.

Here are some other coffees I enjoy. These are all from different regions of El Salvador:

Cafe Majada is my day-to-day coffee. It’s what I’ve been brewing at home recently with breakfast and after dinner. Smelling the beans, it has a good and fresh aroma. Although not a specialty coffee, it’s a good choice.

Cafe Coex Oro is definitely a mass-produced coffee. It’s not terrible but it’s not especially great either. You can compare it to a cup of coffee you’d find at a typical chain restaurant.

A final mention: a coffee substitute, derived from corn.

One of the most unusual brands of coffee that I came across, and that I unexpectedly enjoy is a coffee alternative that’s derived from corn. It’s not a favorite coffee per se because it’s not even really coffee at all, but it’s worthy of mentioning, because it’s delicious.

Cafe D’ Maiz is caffeine free and is produced here in El Salvador. It’s derived from roasting white and purple kernels of corn until the color browns and releases flavor. How it tastes and smells surprisingly similar to coffee, I have no idea. Granted, it’s definitely different, but it would be a fantastic alternative to someone that enjoys coffee but cannot drink it for health reasons, such as avoiding caffeine.