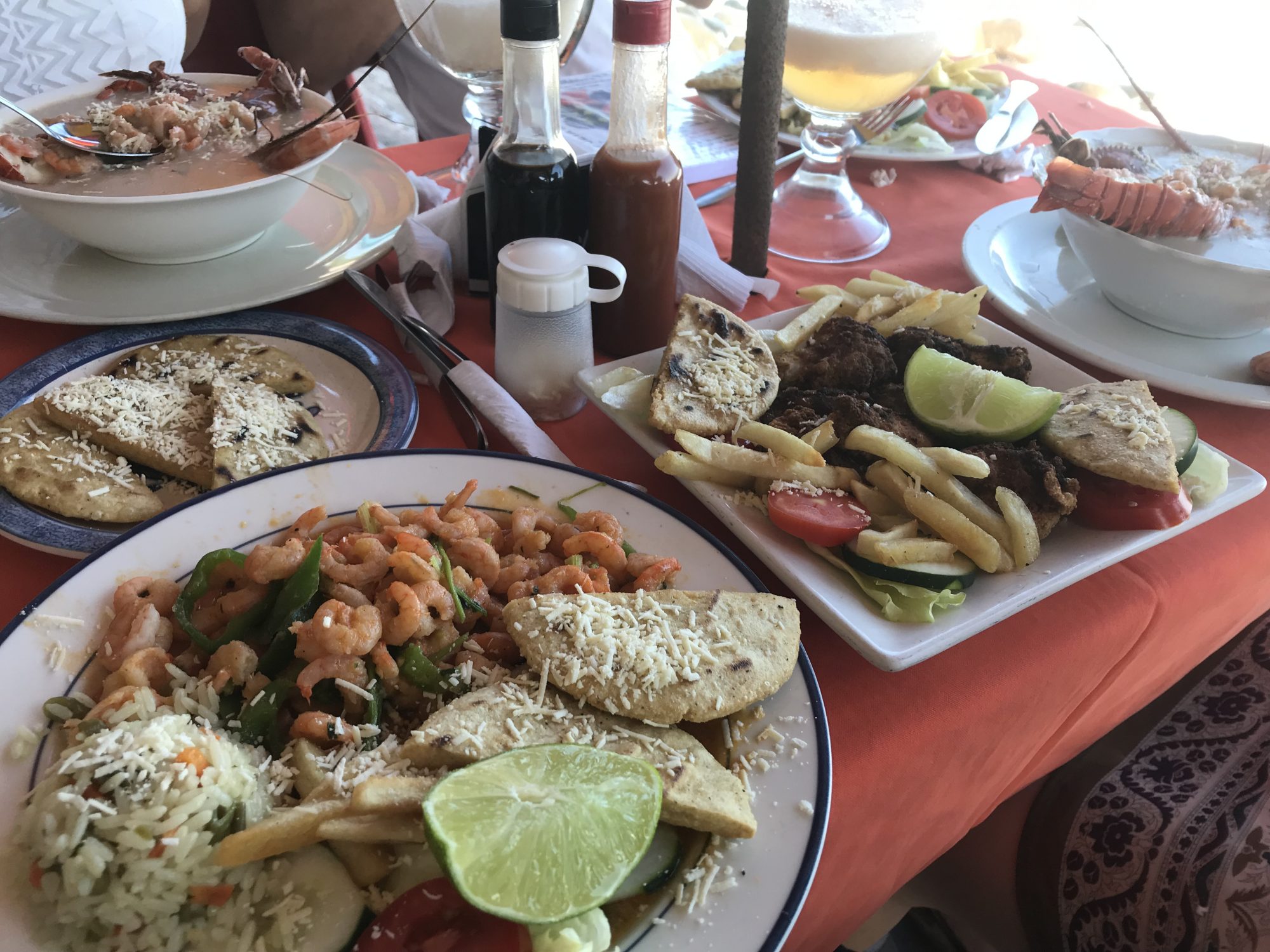 Before I backpacked through Central America, I naively thought that all food in Central America is somewhat similar to Mexican food. It’s not. While Mexico is a leader in influencing latin culture, especially in Central America, each country has it’s own styles, culture and unique tastes. All of the countries have different foods and different styles of preparing food.

After having a wonderful time visiting El Salvador in 2017, I eventually moved here to live with my Salvadoran girlfriend and her family.

I’ve learned a lot about the food in El Salvador

Food from El Salvador is very different from Mexican food. Sometimes people categorize latin foods together. And it’s true that rice, beans, platanos (fried plantains) and choped vegetables are common in all countries in Central America, however, there are distinct differences of how these things are prepared.

For example, El Salvador has these significant differences:

Here are a few dishes that are especially unique to El Salvador:

Mariscada. The name doesn’t have a direct translation to english. However, the word “mariscos” means seafood in english. It’s a cream-based soup that’s served hot with a side of thick tortilla. It’s usually served with lobster, crap, shrimp and sometimes it has fish and clams. It’s very filling, rich and can feel heavy on the stomach. It’s maybe not the best choice on a very hot day because it’ll warm you up. But, without doubt it’s the perfect meal on a cloudy day or a chilly day.

A different version of Mariscada:

Pupusas – The most well-known food from El Salvador is certainly the pupusa. In my article “What are Pupusas?” I wrote in detail about what they are. These delicious thick tortillas are filled with beans, cheese and other incredients based on preference.

Chorizo – El Salvador has it’s own unique form of sausage, called “Chorizo”, which is sometimes prepared with a touch of spice or “picante” inside of the sausage. Chorizo is common through-out Central and South America, but prepared differently and has different ingredients based on which country it’s from. On the picture below, you can see fried chorizo to the left of the mixture of tomato and onion in the middle of the plate.

The food is incredible here. I’m living in heaven.