Styles Of Traveling (Everyone is Different!) 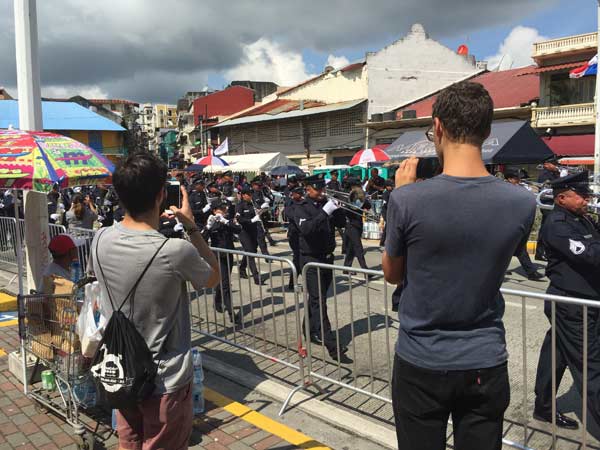 There are a lot of different styles of travel. Let’s jump in…

When I was growing up, I was aware that there were vacationers that would travel. I grew up in a travel destination for wealthy vacationing, so each summer my home-town would swell with a half a million vacationers. I quickly learned that being a vacationer is often the travel experience that middle class and the wealthy class strive for. Their concept of travel is based on 2-4 week trips once or twice a year. They prefer to stay at resorts, enjoy limited company while relaxing, visiting private islands and be tucked away from the rest of the world.

Vacationing sounds great, but it can also be restricting to someone like myself. You sometimes have limited time to do limited things and those things are often very expensive. However, if done right, it can be fantastic and doesn’t have to be very expensive. Growing up in a resort town, you quickly learn the ins and outs of the hospitality industry.

Cruises are like big resorts floating on the water. The price tag is significantly lower because you’re buying a packaged deal – transportation, food and accommodations all at once. The advantage of cruises is that you get to see multiple ports, islands and towns on a cruise. The only thing that’s not usually included in the price is alcoholic beverages and the cost of eating and making purchases at each destination that the ship stops at.

Similar to vacationing, cruises aren’t really my cup of tea. Sure, of course I’d do a cruise. They’re fun, don’t get me wrong. But I would prefer to backpack around a country. That’s my style. The fact that you’re on a 6 story floating metal island means that your trip is limited. They’re fun at first, but by day 4 I’ve seen everything, tasted the food, met the majority of the people I will likely meet. Plus, they end quickly! One week?Please. That’s a disaster.

In college I became well acquainted with the concept of backpacking. Although I hadn’t had the “backpacking Europe” experience, I had lived in 3 different cities and was use to living from my backpack. It really wasn’t until later that I adopted the true minimalist lifestyle as a backpacking traveler.

Seeing movies like Euro-Trip inspired me. I was young. Realistically, Euro-Trip is nothing like what it’s like to travel Europe or live freely out of a backpack. It takes a lot more than that. However, that movie combined with stories from college friends really started getting the wheels turning in my head. I knew that before I settled down (if ever) I would want to backpack the world.

I should also mention that there are different definitions of being a backpacker depending on where you live. In the United States people tend to think of backpackers as wilderness hikers that do a lot of camping. However, everywhere else people think of backpackers as younger 20 & 30 somethings that live out of a backpack while visiting different countries. I think at it the heart of the definition…it really just comes down to being fully dependent on the gear in your bag.

People that work from their laptop computer to generate an income while working remotely and traveling are considered Digital Nomads. They’re simply computer workers that either own a business, work for an employer or do freelance work while visiting other cities and countries. It’s an awesome concept, but it wasn’t officially a well known concept until after 2010. Sure, there were traveling computer workers before that but it’s more than that now.

Being a Digital Nomad is a lifestyle choice. Similar to becoming a doctor, engineer, lawyer or a rock-star, becoming a digital nomad takes time, planning and sacrifice. When I started learning to program applications and work with databases, I knew these skills would allow me to work remotely (which I loved) but I never realized it would allow me to travel the world like I do. It’s exhilarating and liberating to be able to live like this. However, everything in life has it’s drawbacks…sometimes I feel like I have no concept of home and sometimes I don’t have a place to enjoy peace and quiet for a long time.

Our world is making it easier to become a long-term traveler. AirBNB makes it cheap to find a nice place, Couch Surfing makes it easy to travel for really cheap, Google Flights has perfected the process of finding dirt-cheap air fares and there are countless phone apps to fill in all of the other gaps. It’s easier than ever to become a long-term traveler. The only issue, like with anything, is money.