Buying A Car in California 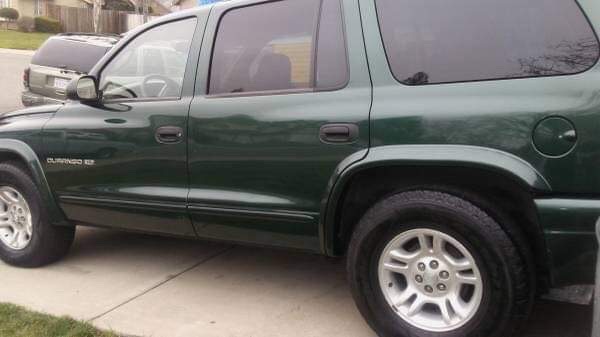 After living in California for just under a year, I finally decided to purchase a car. I bought a forest green Dodge Durango:

The car is a tank. It has a lot of interior space, fold-down seats, tinted windows, meaty tires, good paint-job. I’m thrilled. I paid $2800. It’s a 2004 which is a little older than I prefer, but it’s a great deal.

I found it on Craigslist. Yes, people still use Craigslist apparently. It was the first car I looked at and it had everything I wanted, so I paid cash and owned the car in that moment.

It’s an awesome vehicle. I’m excited that I found it. Granted, they’re not great on gas, but my commute to work is less than 10 minutes, so I’m not worried about it. I can always upgrade to a more fuel efficient car in the future if necessary. Right now I just need something so I don’t freeze everyday biking to work.

As I wrote about before, I’m a programmer in Sacramento, California for UCDavis Medical Center. I love my job, but biking to and from work is very tiring, especially after a long day at the office.