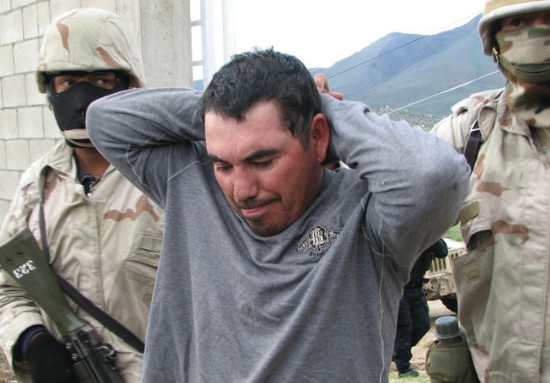 In 2009, Santiago Meza López, known as “el Pozolero” was caught dissolving bodies in Lye to make them disappear for cartels in Mexico. He dissolved more than 300 bodies for Teodoro Garcia Simental, the leader of a Mexican drug cartel that wanted him to utilize this practice. Three other people were caught in association to the human-dissolving process, but others escaped and were never found.

“El pozolero” means “the stew maker” in Spanish, a disturbing name that was assigned to Santiago Meza López by Mexicans for the dirty deeds involving turning human bodily remains into stew, a task that he performed in secrecy for years. He was paid $600 per week, a salary that’s approximately three times Mexico’s national average.

More than 10 years after being convicted, Santiago Meza López still hasn’t been formally sentenced by Mexican authorities, despite having admitted to the crimes and being convicted. His story originally came to light in 2009.

“To the families, please forgive me,”

Meza has told authorities of where some victims’ bodily remains can be found. Dissolving human remains in acid removes the flesh from bodies but doesn’t dissolve bones. Therefore, every time there’s heavy rain or high winds in northern Mexico, more bones are uncovered in the areas where he buried the bones. The water and wind remove the topsoil and expose the underlying bone fragments that remain from the work performed by Meza.

Meza was arrested in Tijuana in 2009, in the same approximate area of northern Mexico where the bodies were disposed of and buried.

Families sometimes visit the areas to search for more remains in effort to seek closure for their disappeared loved ones. Undoubtedly, it’s a heartbreaking situation, one of many that the Mexican people have endured through the recent decades of violence caused by cartels.

The “Chicken Coop” is a small chicken farm in area outside of Tijuana that Meza claimed he worked with others, since 1996, to dispose of bodies. It was given it’s name because it was a small farm where chickens were raised. In 2017, eight years after being detained, the area was excavated for human remains and brought more than 250 kilograms (550 pounds) of human bone fragments.

More than 650 people have gone missing in the Baja California region since the time that Meza was performing this frightening form of work, so it’s unknown exactly how many possible victims were “processed”.

Sometimes Criminals Are Victims, Too

The challenge with the widespread cartel violence happening through-out Mexico and Central America is that cartels often put common citizens in situations that are impossible to escape. It’s essentially “do as you’re told, or die”. And that sometimes muddies the water for common citizens. It’s not always black and white how convictions and sentencing should be handled.

Santiago Meza López himself has claimed that he didn’t want to do the work. He likely had no choice. Once Tijuana Cartel got their hands on him, they started depending on his “services” and essentially locked him into an inescapable life of handling their dirty work.

A Look At The Dangers Of Lye

Utilizing lye is the method in which an inorganic brew is made, namely to dispose of organic materials. Lye can be found in nature, although it’s not common and is now manufactured commercially. It’s sometimes used in farm settings, in construction (namely with concrete) and it’s used to make natural soap. Somehow “Lime” is involved, but I’m not certain of how.

In an interesting and somewhat disturbing video, Brian Brushwood and Jason Murphy explain how lye interacts with organic material when the temperature is increased:

For anyone that watches that video, it’s somewhat concerning why lye is even available on the market. Due to the dangers associated with using lye, it seems that it may be a good idea to limit public access to it somehow. Granted, chemistry is part of nature and grey lines exist all over the place.