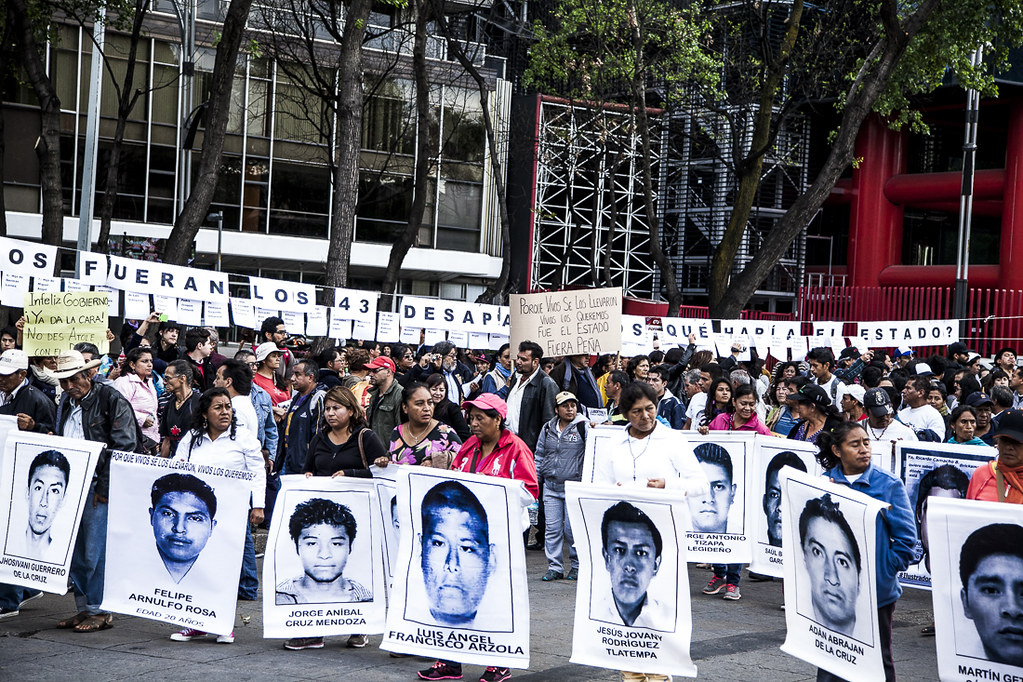 This story keeps coming back to mind so I’ve decided to write about it. This was all over the news in 2014, just prior to the time that I decided to trek through Central America, starting in Mexico.

When did it happen?

Iguala, Guerrero, Mexico which is about 40 minutes south of Mexico City

How many peopler were abducted/missing?

About those that were abducted:

The Teachers college that the students attended is known to be a hot-bed of demonstration, protests and radicalism. The students often travel to public and private events to protest.

What happened to them?

The students were taken into custody by the police, handed over to the Guerreros Unidos crime group (a mixed collection of cartel, gang and mafia members), then kidnapped, murdered, incinerated and the ashes thrown into the San Juan river.

A recap of the Iguala massacre in Mexico

43 Students were going to attend an event in Mexico City. In what appears to be an annual ritual, the students hijacked a bus along with the bus driver to drive them to Mexico City to commemorate the Tlatelolco Massacre (another historical event in which the Mexican government used arms to suppress political opposition).

The local police setup blockades and eventually stopped the student busses by firing their weapons and injuring some of the students. Local police took the kids into custody. The kids were then piled into trucks and handed over to the Guerreros Unidos cartel. Nobody ever saw them again, although human body remains were found and eye-witness accounts were shared by those involved.

The following investigations of the Iguala Kidnapping

The federal government botched the investigations in every way possible, to the point that experts from the human rights commission determined that the Mexican federal governments claims were “scientifically impossible”. Since the investigations, multiple mass-graves have been found in the area which only further confuses and frustrates attempts at finding the truth.

Later, the government announced that 80 people were arrested, including 44 police officers involved in the crime. It’s impossible to know the truth about anything that the Mexican government says, so everything should be taken with a grain of salt.

To this day it’s unknown exactly why it happened or who was the root cause of it happening, although José Velázquez is said to have been a central figure in planning the kidnappings. See below for more details on José. To this day in 2019 (and perhaps far into the future) people are still studying the evidence and trying to match DNA samples from various sources. It’s a never-ending effort to discover the truth.

Here are somethings you won’t read in the news:

A lot of these facts are misreported by the news media because there is a lot more history involved than the news wants to cover. The news always wants to cover the intensity of the story, but not the background involved. They over-simplify things to the point that people are unclear about what happened, not including the already-murky accounts and evidences that already exist. Honestly, the news coverage was very poor.

The story is a tragedy and speaks loudly of the problems in Mexico and Latin America at large.

Mexico and it’s nearby southern neighbors of latin america are confronted with a lot of problems, with government corruption being the first. The story of these 43 killed students is another symbol that marks the injustice in the world. These students were clearly not completely innocent and they were absolutely a product of their impoverished environment. However, that within itself is the tragedy. People are born and raised in conditions that we can never truly understand. Pressure from gangs, acts of violence, threats against families…these things are nothing new to these people, so much that people are just trying to survive.

During my backpacking trip from Mexico down to Panama, I learned a lot about the struggles that people in these countries face and I saw the strength and courage of the people that live in these countries. Eventually, I moved to El Salvador to live with my girlfriend. Here, I see instances of crime and corruption happen fairly often. Without doubt, the people in these developing countries are confronting a lot of heavy challenges. My heart goes out to the families of these boys. In truth, life is often unfair, even from the moment that a person is born.

The world is slowly changing and countries are developing and improving. I look forward to the day that the people of these developing countries can live in the peace and happiness that they deserve.