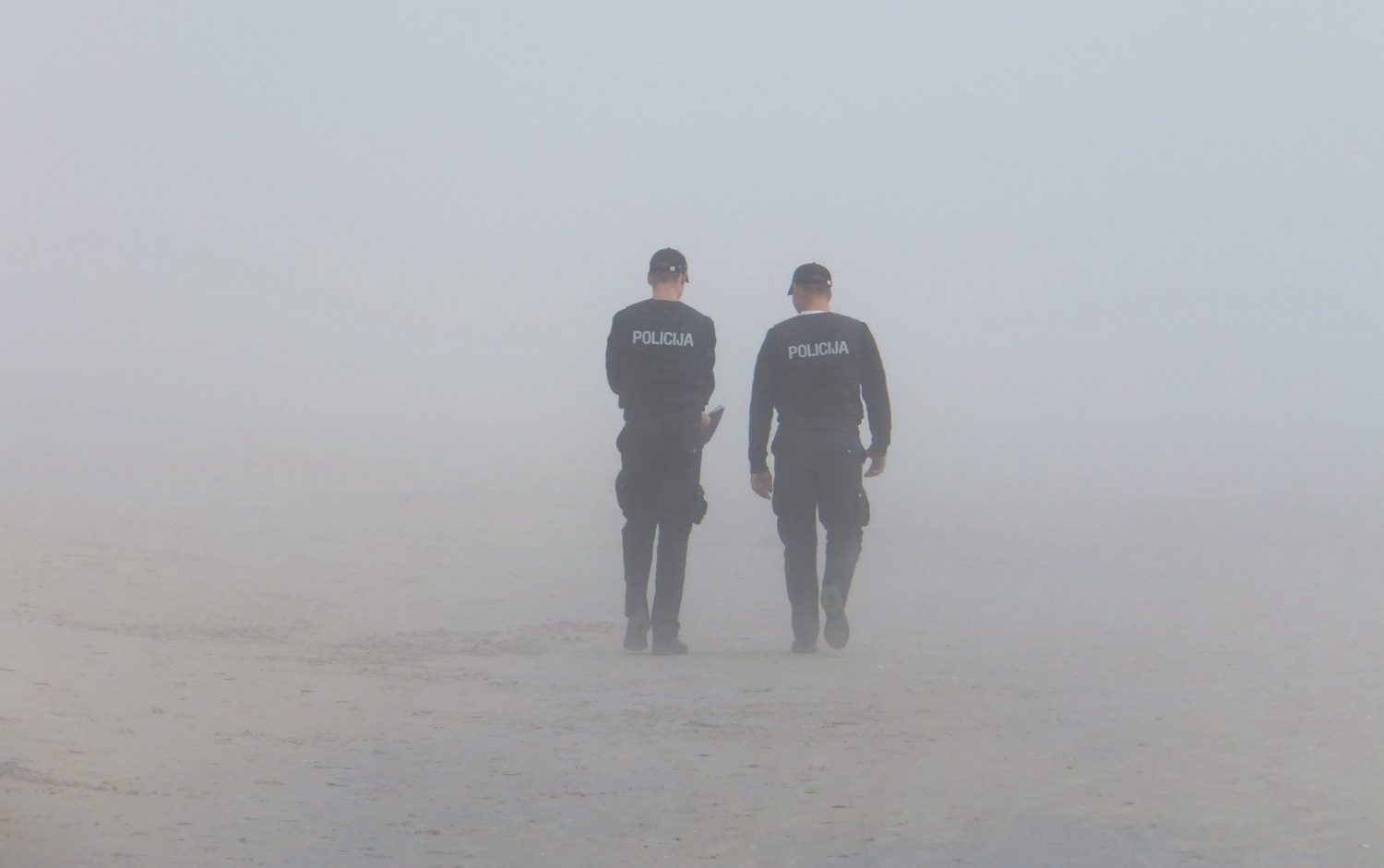 The corruption in El Salvador is crazy. This story shows how lesser developed countries suffer from shady politics. It’s important for people to comprehend how bad things can get when government goes unchecked.

In El Salvador, a protected witness recently testified that both previous political parties of El Salvador, ARENA (right) and FLMN (left), were guilty of offering bribes to gang organizations for their votes in the 2014 presidential election of El Salvador. And the sums of money were big. Both parties involved are now in hot water and under a momentous amount of pressure from the local media, past supporters and the new president.

Some Backstory On Politics in El Salvador

As you can see, both political parties have been found on numerous occasions to commit serious crimes, namely embezzlement, fraud and other forms of financial corruption. But what is not visible here is how far the corruption reaches.

Now the story is evolving. Instead of only financial corruption, more evidence is coming to light that suggests that there are deeper corruption ties with the gangs themselves.

It’s important to mention, that the current president of El Salvador, Nayib Bukele won by a landslide vote in 2019 when voters were disgusted by the atrocities performed by the previous political parties. The people are happy with the outcome of the recent elections and there exists a general sense that El Salvador is on a better path.

The Initial Truce with The Gangs of El Salvador

This disaster started a while back. In 2012, the government of El Salvador authored an agreement which became known as “The Truce”, which was signed with the gangs of El Salvador in an effort to reduce violence. It was a noble effort.

The truce was created by the administration of President Mauricio Funes. He later fled to Nicaragua for stealing from the government and he still remains in Nicaragua with fellow Leftist leaders.

Details of The Truce

The Truce, known in El Salvador as “La Tregua”, was a pact signed between the government of El Salvador and the biggest gangs of El Salvador: Mara Salvatrucha (MS-13) and Barrio 18. Other gangs were later added to the truce: the La Mirada Locos gang and the Mao-Mao gang, among others.

The full details and motivations of the gangs involved were never fully disclosed. After all, why would gangs known for violence agree to non-violence? It was considered to be highly secretive. The government, at the time, spun the truce by essentially saying that the gangs are tired of violence and want to agree to peace. It would be years until the true motives came to light. However, here is what they did disclose at the time.

The intention was to:

At first, the truce worked. It worked so well that the truce was internationally applauded by foreign national leaders and journalists. Between 2012 and 2013, the agreement radically reduced homicides. The homicide rate in El Salvador fell from an average of fifteen deaths a day to just five, although disappearances in the country increased. More on those unusual disappearances later.

The Plot Thickens – Corruption Gets Dirtier

The problem with agreements between corrupt politicians and criminal organizations is that foul play is inevitable. People without integrity don’t play by the rules.

From the truce, politicians on both sides sought favors from the gangs, away from the public eye. The held more secretive meetings.

Recently, a witness named “Noé” or Noah (real name protected), a gang-member that was involved in those unholy meetings confirmed that the FMLN party paid the gangs money for those whom voted in favor of their party during the 2014 presidential elections. He offered this information in search of protection from the gangs.

In fact, the witness revealed that ARENA and FMLN collectively gave $225,500 to the leaders of the MS-13 support them in the 2014 elections. This was an obvious violation of the law.

Similarly, imprisoned gang members were secretly offered more comfortable prison conditions, access to communication outside of the prison, and other comforts. These things only strengthened the gangs.

The same witness also testified that the gang members met with the opposition party leader at the same time. The opposition party candidate, Norman Quijano, running for ARENA, also wanted in. In a clever game of playing both sides of the aisle, the gangs made promises that they would offer support to El Salvador’s Republican Party and Democratic Party.

The witness confirmed that Norman Quijano offered a million dollars to the gangs in exchange for support for his run at the presidency in the 2014 presidential elections. He offered to reduce the strict laws against gang activity. And finally, he offered $100 Million for gang rehabilitation programs, although it’s still unclear what exactly that means.

Shortly after those meetings, the gangs received a $100,000 cash payment from ARENA in a black suitcase to solidify voter support from the gang’s members.

However, the opposing party FMLN won the election. The gangs never receive the money that they were promised from the ARENA party .

Another interesting fact is that the president that did win in 2014, President Sánchez Cerén, claimed that he rejected the original truce. That implies that he wouldn’t negotiate with the gangs in any way. However, according to the witness, Cerén’s party offered bribes to gang leaders in order to reduce crime and receive voting support, much like the previous president. He won the presidency by a thin margin. At this point, as the investigation is unfolding, it remains unclear if he can plead “plausible deniability”.

The Death Toll Climbs in El Salvador After The Broken Truce

By the end of 2014, all sides involved in the truce were unsatisfied. The government had failed to ensure the integrity of the truce. Corruption took hold on all sides. The ARENA party was unwilling to pay what was “owed” to the gangs for their support. The gangs felt scammed by the losing party.

The murder rate skyrocketed after the truce was broken, t. In fact, in 2015 the murders it rose above the previous average. It even rose above Honduras’s murder rate, which had the highest in the world due to similar gang activity. El Salvador became the “World’s New Murder Capital“.

Since the high number of murders in El Salvador in 2015, the numbers have fallen. However, disappearances are rising. Since 2010, the police have registered over 10,800 missing persons in the country of El Salvador. 3,382 people were reported missing in 2018 alone, almost 200 more than the year before.

The record keeping system of the disappearances is flawed. Once a person goes missing, the numbers are never updated after that. Even if found or if the person is discovered to be a victim of homicide, they remain classified as a missing person. However, that doesn’t explain the sharp rise in disappearances. It could simply be that they are mostly homicides that are incorrectly classified as disappearances, unintentionally or intentionally.

It’s unclear why the record system isn’t updated. It’s likely due to lacking technology and limited resources and time. However, one thing that’s clear is that they current system is inefficient.

Similarly, few cases are investigated because knowledge of perpetrators is limited and there aren’t enough resources to investigate each case.

The Investigation Continues On Corruption in El Salvador

Please note, the dates are important. The witness testimony mentioned above is relatively recent. Many articles that I’ve found online regarding this news aren’t available in English. While the reasons for the truce’s failure were often previously disputed, even as recently as last year, this new witness testimony sheds more light on the fact that corruption and money was involved.

Additionally, Norman Quijano hasn’t been found guilty yet . He maintains his innocence and is awaiting trial. A case is being built against him with the help of numerous witnesses.

My Perspective On This News

El Salvador is a beautiful small nation that has been pillaged by both corruption and violence. The crime will not stop until public funds are used properly, especially for providing education and jobs to the youth that desperately need an alternative to gang membership as a way of life.

Slowly things are improving. Development is increasing. Public infrastructure is noticeably improving. Government programs are being strengthened. President Nayib Bukele is doing a wonderful job so far and I hope he maintains his good standing as the shining star that Salvadorans see within him.