The Unseen Side Of Paradise 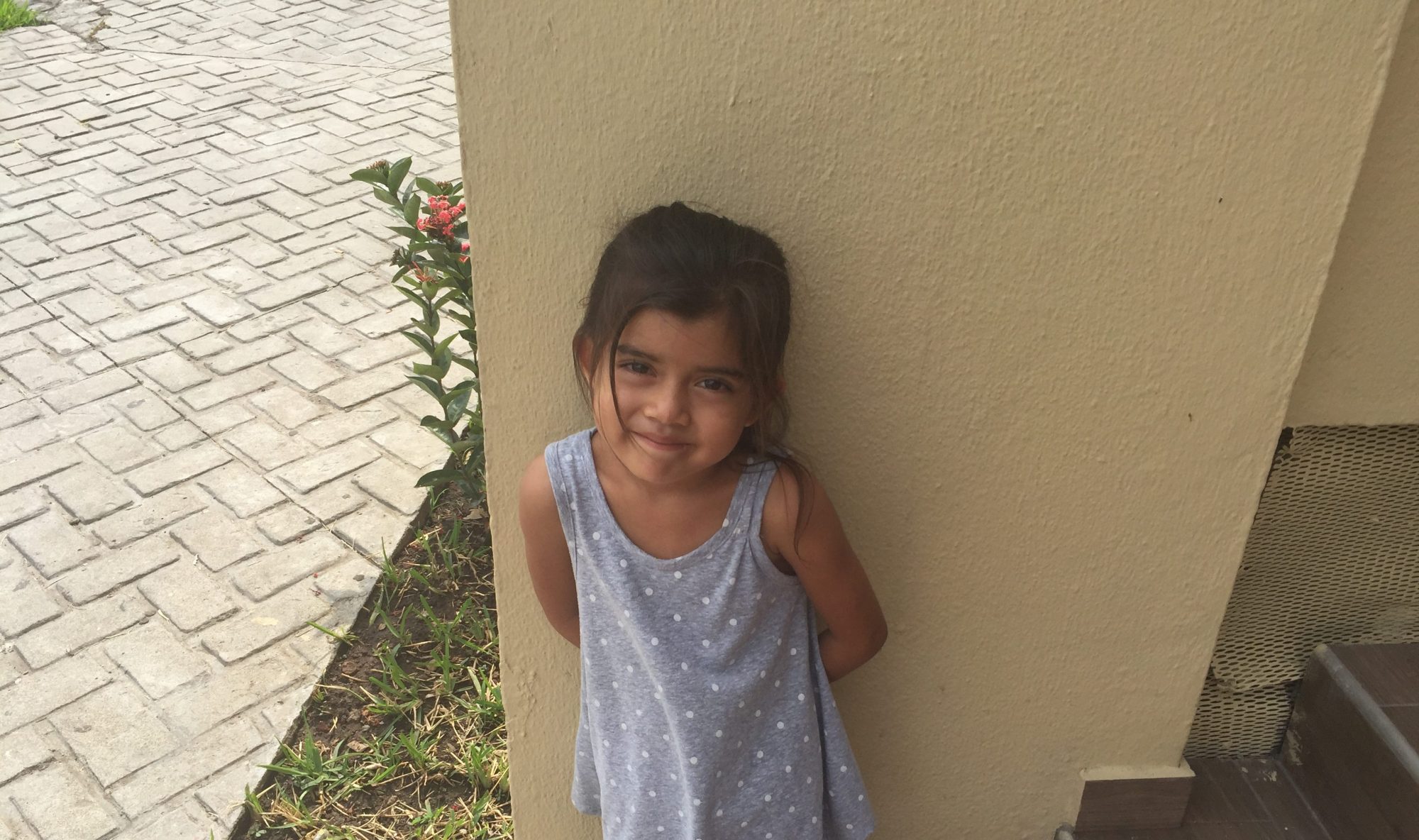 When people travel to the tropics, the Bahamas or other beautiful places in Central America, they often think of the beautiful aspects of their destination. And yes, these countries are indeed very beautiful.

But there exists a sad, even desperate side to these countries that’s not visible to travelers, vacationers and backpackers to these regions. Poverty is high and crime often runs deep. These things are present in all areas of Central America. Education opportunities are often not available to youth. Working conditions are very harsh. Traveling to work and school is often a danger within itself to locals.

I was a backpacker before I moved abroad. During that time, I was having the time of my life while I was touring the cities on foot and bus. I consider myself to be a person that’s fairly aware of my surroundings, but I never made the connection of how difficult the lives of locals can truly be. While I travelled from city to city in Central America, I would rarely get a decent glimpses into their lives. And in truth, tourism is designed that way. It wasn’t until I moved my life to El Salvador that their realities became more apparent.

Everything affects everything. The situation of parents here obviously directly affects the children, and often is passed on to their children. Distrust in others is common. Abuse is common. Poverty and crime is the result of lack of education. But why is there a lack of education? That answer is complex. It’s definitely not due to lack of demand. People here want education. They want to work. People want an equitable and fair life.

The problem with education is that access to education is very limited. Even if schools exist in a region, here are some possible deterrents:

With the constant threat of crime, attending school becomes less attractive. This is why it’s very common to see small schools located directly in the small communities where the children live, maybe only a block or two away from their home. If the children don’t have to walk far, they’re safer. This is unlike the United States, where it’s common for students to take a bus to a school that is 20 or 30 minutes drive from their home.

The next option is to work.

If school is not an option, the next option is for children to work. It’s common to see young children working with their parents, even as young as 5 or 6 years old. When I’m sitting in my car in traffic it’s common for me to see young children using squeegees to clean car windows for $0.15 each. Sometimes children will enter restaurants and sell handmade goods to support their family, such as purses, bracelets, or candy. Sometimes they just beg for $0.25. “A quarter” and “a dollar” are words that these Spanish speaking children know well.

It’s always a dilemma whether to buy the goods of the children selling items. The problem is the parents here are often unable to earn a sustainable amount of money themselves and that sometimes puts the children at risk of abusive situations. When parents can’t earn a lot of money, they often depend on their children to earn money. And they may punish their children if they don’t earn enough money.

It always breaks my heart to see children passing up their youth in the interest of money seeking endeavors. They deserve better.

Giving money to the children is a conundrum for me. If I support them by buying something (or just giving them money), I’m incentivizing them not to go to school at a time in their life that education is critical. On the other hand, if I don’t buy something, it might negatively affect the children at home. It’s a big problem in developing countries. Sometimes I buy something. When I do, I try to tell the children the importance of going to school without making them feel bad, embarrassed or shame for the situation.

For teenagers and young adults, working conditions are very hard, especially for unskilled workers. Manual labor in the countryside consists of back-breaking work. The sun is very hot. Even in less rural areas, the available jobs are often in construction, stone masonry and other heavy-lifting jobs. It is not an easy life, therefore many are attracted to the city.

However, opportunities in the city are slim. Office jobs, similar to that of developed countries, are only available to skilled and trained professionals. In those rare positions here, office professionals have significant demands placed on them.

It’s common for entrepreneurs to sell goods in the city. You can find anything you can imagine in the city. For small street vendors, it’s common to see them selling purses, sneakers, t-shirts, electronics and food items. However, there’s risks associated with selling in the city. First, gangs extort small businesses regularly, usually for $5 or $10. Second, petty theft is common. In the crowded streets of the city it’s sometimes difficult for a person to keep an eye on all of the items that they are selling.

Business owner with established shops do well, especially those that sell car parts, machinery, air conditioners and building supplies. However, business is competitive. They must have very secure business systems and procedures in place or they risk a high degree of theft.

A big part of escaping poverty for locals is being able to purchase land. Most people cannot afford to buy a house, so they’ll build a small house if they can afford a small piece of land. Of course, houses are built with minimal safety precautions which sometimes leads to dangerous living conditions, but that form of danger is minimal compared to the danger of crime present.

If they cannot afford land, they’ll get stuck paying rental prices. Worse, if they can’t afford rent, perhaps they’ll build a small shanty on the side of the road. It’s very common to see slum-like conditions with shanties beyond the areas considered to be paradise by foreigners.

One of the reasons that countries of Central America have significant political swings is due to the inequality of land ownership. The landowners can be compared to the bourgeois. They control the production of the crops and reap the majority of the profits from the land. Some common crops are: coffee, cane sugar, bananas, coconuts, and many others.

As farmers seek to purchase land to take part in the local economy, they often have no options. Banks have high interest rates and require credit. Many people have never had a bank account, nevermind credit. Land is relatively expensive. Saving money for a downpayment is virtually impossible when earning only $10 per day. Similarly, wages are pushed down because there’s a lot of workers and laborers seeking work.

The disparity has historically caused problems

The countries of Central America faced a lot of political turmoil during the 1970’s. During that time, volatility threatened Guatemala, Honduras and El Salvador due to the economic challenges between land owners and laborers. The influences of Leftist ideologies, particularly Marxism, lead to organized uprisings.

The leftist groups, including many farm workers, organized groups to fight for land, or at least fairness. However, landlords resisted. Eventually guerrilla fighting groups organized and the death toll rose.

The United States, European Countries and Israel provided arms support to the right wing political parties of Central America to maintain order. Because of this, these countries continued to develop with an external dependence on foreign countries. Today, there is constant struggle between various ideologies. People just want fairness.

Recently, these countries are achieving less dependence and more independence. President Nayib Bukele of El Salvador has even stated that the country does not want aid or financial support, but instead wishes to grow independently of any support.

But the challenge of land distribution?

However, one thing is certain. El Salvador is the most populated country, and also the smallest country in Central America. Surrounding the city are endless green forests and a sizable amount of farmland. Just from looking at a map, it appears that there should be enough land for everyone to live comfortably. But instead, everyone is crammed into a tiny area.

Why not expand out further? I don’t know the answer to that question, but I’m slowly investigating for answers. The high poverty and high crime rate in El Salvador are partially the result of dense populations in a confined area. If the land were more equally distributed, perhaps crime rates would fall and resources would be more accessible to families. Granted, that would pinch the rich.

I’m uncertain as to why more public land isn’t sold off, or even just given, from the state to those poor farmers that need land. Mind you, I’m not talking about private land. I’m talking about the land that is owned by the government, and therefore the people of El Salvador.

Everyone Lives Near Everyone

It sometimes baffles me how El Salvador can have such significant disparity in wealth. Some people in El Salvador have mansions, while others have nothing. In the United States, disparity is often less obvious because the inner cities are at a great distance from the Hamptons, for example. That is a contributor to low crime rates.

El Salvador is a small and compact country. Everything is near everything. The furthest distance you can drive is two hours before you arrive in either Guatemala or Honduras.

In this small country, sometimes the only thing separating the elite rich and the poor is a wire fence, a brick wall or a dirt road. And this is what breeds animosity and high crime rates.

In an interesting lecture by Dr. Jordan Peterson, he explains that poverty within itself doesn’t often result in crime. It’s when those in poverty live very near to those with significant wealth that crime becomes a problem. This could not be more applicable to El Salvador. It’s space and proximity! In this small jam packed country, the poor are very frequently victims, while there is little accountability from the rich and those working for the government. Yet everyone lives near everyone. That’s a recipe for crime.

I’m still learning about the economy here in El Salvador. There is so much for me to learn, so it would be premature for me to offer any potential solutions. Since the time that I studied economics at Northeastern University in Boston, I’ve always been intrigued with how economies operate. Living here in El Salvador I’m getting a first hand view of a developing foreign economy and the experience has been enlightening.

The people of El Salvador have endured a lot over the years. My heart goes out to the families and children that struggle here everyday. When I travel now, I see things through a different lens.

Thank you for reading. Feel free to send any messages to me.