The Panama Papers – Leaked Documents That Exposed The Rich & Powerful 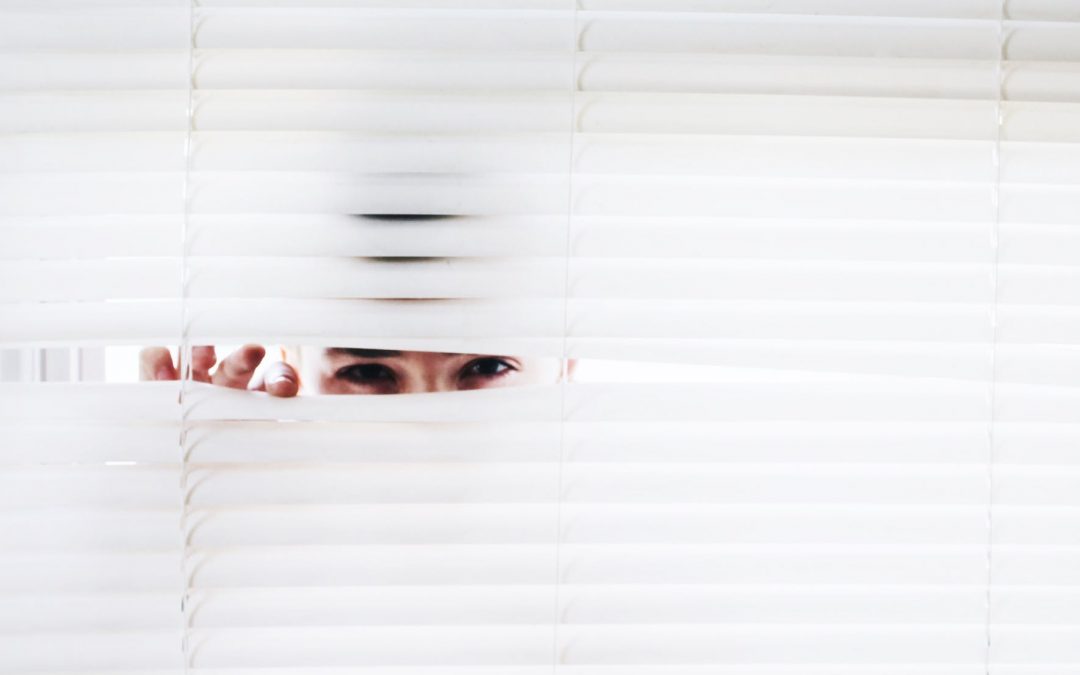 The Panama Papers hit the public spotlight in 2016. It blew open Pandora’s box and was headline news around the world. In some countries riots broke out. Elected officials resigned. Bankers were put in the hot seat. Rich people from all over the world went under investigation for tax evasion. When the 11.5 million documents (“Panama Papers”) were leaked to the public, the world was handed an inside view into the shady side of political fraud, corruption, crime and dirty money.

The Panama Papers are secret leaked legal documents that show information for more than 200,000 rogue offshore entities (corporations) that were setup by the now insolvent Panamanian law firm Mossack Fonseca for rich people around the world. Seemingly, everyone was involved. Governments around the world were put under pressure for answers. Democrats, republicans, the political left, the political right, rich countries, poor countries, criminal cartels and even some big celebrities were involved.

Now in 2020, the list of names found in the Panama Papers continues to grow.

More than 140 politicians in more than 50 countries were named in the Panama Papers for being connected to corporations in more than 21 tax havens worldwide. Even today, 4 years after the papers were leaked, journalists are still finding new names in the pages. Keep in mind, there are 11.5 million pages to search through – that’s a lot of manual work for people to do; it’s taking considerable effort to sort through all of the documents.

Here are some of the big-names found in the Panama Papers:

Note: Not everybody named in the Panama Papers were guilty of a crime. Also, this list continues to grow as more information is found within the millions of documents. This list is just highlights some of the bigger names.

The Panama Papers even named the company of US President Donald Trump, in which a transaction by “Process Consultans”, a shell company, which involved the sale of a condo at Trump Palace. On Apr 11, 2020, Newsweek published an article referencing a journalist named Jake Bernstein whom discovered the deal.

Lastly, it was rather eye opening for the world to learn that criminal organizations (cartels, gangs, etc) were also utilizing secret companies to funnel money internationally. While money laundering is nothing new, it’s certainly raises eyebrows that cartels and gangs can rather easily create fraudulent corporations. Yikes.

Dozens of Journalists Killed After The Leak

The information within the Panama Papers couldn’t be contained from the public, although powerful people certainly tried to contain it – even resorting to murder. When journalists all over the world got access to the Panama papers, they started connecting important links and making their discoveries public. The delicate information they brought to light was essentially the catalyst that resulted in these journalists being targeted. It went to show that the powerful elite will often do anything to protect their public image.

Daphe Caruana Galizia was a journalist and anti-corruption activist in Malta. Her blog was called the Running Commentary (direct link). The Republic of Malta is a very small country in the Mediterranean Sea off the southern coast of Italy. In 2016 and 2017 Galizia revealed controversially sensitive information and allegations relating to a number of Maltese politicians, partially from information she gathered from the Panama Papers.

On October 16, 2017, Galizia died in a car-bomb explosion that went off inside of her car. The explosion killed her instantly and left pieces of the car scattered across a nearby field. While an investigation has been started and perpetrators have been found, nobody powerful went to jail. The Prime Minister of Malta, Joseph Muscat, later resigned. Other journalists started the Daphne Project after Galizia’s death to continue her work.

Galizia’s example is only one of many. In 2018 more than 30 journalists were killed.

Where Guilt Is Found With Offshore Companies

It’s not illegal to start a foreign corporation. In fact, there are many legitimate reasons to create new foreign corporations. However, most public officials are required by law to disclose their foreign and domestic financial holdings, and their positions at corporations. Many of those public officials that were listed in the Panama Papers never disclosed their position, which is not only illegal, but it essentially means that they intentionally kept information a secret from their citizens.

Many celebrities and private business owners were justified in owning offshore businesses. Offshore shell companies are especially beneficial when purchasing foreign real estate or investing in foreign businesses. The tax burdens are sometimes reduced for offshore companies, thereby permitting the investor to only pay local taxes and avoid taxes in the citizen’s home country. But it all must be done legally and tax paperwork must be transparent to tax authorities, foreign and domestic.

Where The Panama Papers Came From

The Panama Papers were leaked by an unknown person that went by the name “John Doe”. He had somehow received the papers from the archives of the Panamanian law firm Mossack Fonseca & Co. Mossack Fonseca had offices all over the world, and had created corporations in dozens of tax havens.

John Doe sent the 2.4 terabytes worth of electronic documents to the news organization German Daily Süddeutsche Zeitung, which went on to share the 11.5 million documents with other news organizations. They shared them with the Washington-based International Consortium of Investigative Journalists (ICIJ), the Guardian, BBC and other media organizations.

Mossack Fonseca was the 4th largest financial services company to provide offshore services at the time of the release of the Panama Papers. The company had originally opened doors in 1977 and eventually had 300,000 offshore companies setup for wealthy clients, which was estimated to be between 5% to 10% of the market total offshore shell corporations. However, due to the disastrous fallout from the Panama Papers, Mossack Fonseca announced that it was shutting down in 2018. They were also busted by Panamanian authorities for shredding documents.

Mossack Fonseca was never found to be doing anything illegal. They setup the offshore companies for their clients, which is completely legal to do. However, many of their clients failed to pay taxes or disclose their positions, which negatively affected their business when the Panama Papers hit the spotlight.

Politicians around the world claim that transparency is important. It’s a popular word during elections. Politicians claim they’ll create more transparency in government, but only while they’re campaigning for office. It’s something the world desperately lacks…and that’s intentional. As it turns out…a lot of powerful people hate transparency.

The EU Member States were recently asked to implement new measures designed to counter the corporate secrecy, but 22 of the 27 countries missed the deadline. It goes to show how important secrecy really is to the elite and how unimportant transparency is to them. A great article by ICIJ can be read here about it.

In truth, transparency is a very complicated subject. When someone wants to hide money, they’ll find a way. The only way to truly prevent money laundering and tax evasion is to create a one-world government. With multiple countries, the idea is that someone can just setup a foreign corporation in another country. And the world would need to be cashless too, otherwise people will just hide physical cash…inconvenient, but still effective.

If there was a global government, the government would have global reach to curtail illegal money laundering. However, we all know that a world government will never happen. Nor should it, for other very good reasons. Governments and politicians already abuse their positions, as proven in the Panama Papers, do we really want to give them global power, too? You see…it’s complicated.

You can see some details of the Panama Papers on the ICIJ website. It’s a little confusing. It’s one of those things that’s a little dubious because the leaked documents contain a lot of people’s personal identification information, such as passports scans, banking information etc. Also, it’s more than 11.5 million PDF documents and more than 2 terabytes of information. Most people couldn’t download all of the files even if they wanted to. Most computers don’t even have two terabytes of hard-drive space.

Personally, I haven’t tried to see any of the Panama Papers. I haven’t downloaded anything. I’m a little mixed on my feelings to attempt to download other people’s private documents. Personally, I prefer to leave that job up to the professionals – the journalists. However, if you want to download some files, the database that journalists have built or see the web of foreign corporations, it’s all available online for everyone to see.

Tax Authorities Are Getting Money

To date, more than $1.3 Billion dollars have been recovered as a result of the Panama Papers. Realistically, that’s a drop in the bucket compared to the amount of money flowing through these corporations. Regardless, tax authorities around the world are collecting tax with the information they’re receiving. Many wealthy people are scared of their private information being disclosed publicly, and they should be. Tax authorities aren’t very friendly to tax dodgers. And once they’re caught, tax dodgers often have to pay hefty fees and interest.

It’s also considered that the $1.3 Billion estimate is understated, because tracking these types of cases is rather tricky. The number could easily be double or triple that.

If you want to see an awesome documentary, check out The Panama Papers (2018).

Another great show on Netflix is The Laundromat, which is based on a true story. In fact, Netflix is getting sued over it right now by the law firm Mossack Fonseca (the firm that had all their documents leaked). Antonio Banderes and Gary Oldman play the parts of the two lead lawyers.

The process is relatively simple. And interestingly, anyone can create a shell corporation in a foreign country. After all, it’s the same as essentially starting a business:

Offshore Banking is usually used by the rich for the follow cases:

To make matters more complicated, sometimes rich people will get clever and intentionally put shell companies as owners of other shell companies. This is fairly common because it puts more distance between the true owner of the company. The rich are very keen on preventing unwanted eyes from discovering their secrets.

Lastly, shell companies can be bought and sold. And when they are sold, the bank account that’s connected to them is also transferred with the company itself. Shell companies are commodities now, like corn or pork bellies.

More Information On The Panama Papers

By far, the best resource is the ICIJ.org Panama Papers webpage, which has been mapping out the documents, sorting the information, creating visualizations and keeping tabs on news surrounding the subject.

Another good resource is the Panama Papers SubReddit, which has ~44,000 followers.

A fascinating article about how criminal organizations utilize corporations in their business.

A great article by Hannes Munzinger and Frederik Obermaier about the Panama Papers in the Middle East.

I don’t consider myself to be a journalist. I’m a casual writer that writes about traveling the world and world news. The information I provided above is from various credible sources that can be found online. I have not fact-checked all of the information provided by the other media companies and I assume that the journalists that provided this information did their due diligence.

If you find anything that is factually incorrect, please feel free to send me a message.

Similarly, if I missed anything important, please contact me.