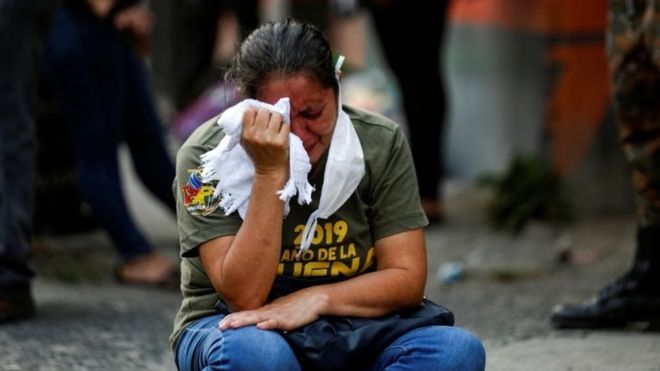 Over the recent 10 months, the small country of El Salvador has become a safer place due to the considerable efforts of the new President of El Salvador. Since President Nayib Bukele took office in June of 2019, the country has seen a falling homicide rate, fewer disappearances and a growing sense of peace. His policies have resulted in undeniable improvements for lives of the people of El Salvador.

But gangs of El Salvador are now taking advantage of the Coronavirus Pandemic.

The peaceful stride that El Salvador has been recently enjoying came to a screeching halt when gang-members issued a number of “hits” (assassinations) from their prison cells during the Coronavirus lockdown. In less than 72 hours, 77 people outside of the prison walls had been murdered by the gangs. This sudden spike in violence immediately generated public outcry. In response, the President took stern and decisive actions.

By comparison, the country has no more than 10 Coronavirus deaths, a significantly small number relative to the population size. Murders are now more than 7 times higher than the fatalities from Covid19.

Additionally, the authorities put members of different gangs in shared cells, in order to prevent communication between gang members. Gang members are less likely to speak of “business” and organize “hits” when rival gang members are staring them in the face.

And soon after that, President Bukele also ordered all the gang cells to be sealed so that inmates “will no longer be able to see outside the cell,” and will be “inside, in the dark, with their friends from the other gang.” The Deputy Justice Minister and prisons director, Osiris Luna, later said that “not even a single ray of sunlight will enter any of these cells.” This is important, because gangs were recently caught using towels and hand gestures to communicate hits to people outside of the their cells.

… yeah, no shit. These criminals and their friends just murdered 77 people. The President did this for a reason. And the vast majority of the population supports the President.

In the above photo, you can see an example photo that the president release to the public. The intention of the photos were for the president to show that the prisoners are under control and that the government is taking the recent massacre very seriously.

It also was a way to demand respect from the inmates, something very difficult to accomplish with gang-members.

However, immediately after the president released this photo, a handful of foreign human rights groups criticized El Salvador’s President, saying that this behavior makes inmates more vulnerable to Covid19, noting that many of them aren’t wearing masks and aren’t 6 feet (2 mt) apart. Oh, please. Central American countries cannot afford to build new prisons that permit inmates to be 6 feet apart. And even if they could afford to build spacious prisons, Human Rights groups would then complain about more prisons being built.

So, What Should Be Done With Extremely Violent Gang Members?

In truth, I don’t know what should be done with extremely violent gang members.

It’s very difficult to know how the government should handle such high-profile gang members and their murderous subordinates. These criminals are some of the most violent in the world, on par with the murderous drug cartels of Mexico. I would provide some example photos of their atrocities but the photos of beheadings and dismemberment are too gory. You can find them online, such as on BestGore.com – I’m not going to link to that website, for obvious reasons.

President Bukele’s political opposition, the same opposition that often complain to humans right groups, were also discovered to be doing shady deals directly with the gangs. They have blood on their hands. Therefore their credibility has been crushed. It’s unsettling that Human Rights groups even give the corrupt politicians the time of the day.

“President Bukele’s get-tough-on-crime discourse to address 77 killings in 4 days is, ironically, putting more lives at risk of a potential contagion – inside and outside detention centers.”

I think Coronavirus is the least of El Salvador’s worries in this moment. These murderous terrorists are calling hits from prisons while everyone is on lockdown from Covid19. These horrid criminals just ordered the death of 77 people…as easily as if they were ordering a Chow Mein dinner from a Chinese food restaurant. Humans Rights Watch should have more sympathy for the victims and their surviving families.

As Always, The Foreign Media Is Botching The Story

Misleading headlines. Incomplete information. Embellished stories. Misdirected sympathy. Sensationalism. I’m always annoyed when I read the foreign news media (USA and Europe) in regards to El Salvador’s news. They always write oversimplified and misleading click-bait headlines. They rarely cover the full story and their agendas have become rather obvious to me. Let’s look at some of these stories:

My response: This is in reference to the president’s new security plan. But it’s important to be clear…having power is required to fight these already-militarized gangs, especially when the government is overwhelmed from Coronavirus. Rape, murder and disappearances of Salvadorans will continue if security measures are not sufficient.

Also, Al Jazeera calls the President’s actions “proved deeply controversial”. No, it’s not. At least it’s not for people in El Salvador…the people that live in terror. The significant majority of Salvadorans support the President’s actions, because the people here live under the fear of terrorism on a daily basis. Have the writers of Al Jazeera ever lived in a place where murderous thugs threaten to murder your family every time you leave the house? Probably not.

Nothing Will Change If Human Rights Groups Aren’t Careful

I am a strong believer of human rights. I believe in giving “normal” criminals a second chance and treating them fairly. But we are not talking about normal criminals. We are talking about extremely violent criminals that operate in secrecy, utilize crooked politicians and children-soldiers to protect themselves and their groups isolate and murder police that stand in their way.

While discussing gang violence on Twitter, a woman named Sandra Mejia sent this message to me:

The last 2 on the caskets they are my 2 brothers the. Gangs kill theme. 1. Was soldier for 12 years on my country. And the FMLN send to kill him. And like him is a thousand and thousands of peoples.

She shared numerous pictures which can be seen in that Twitter thread. In the end, her two brothers were police officers and were murdered by gang members. She shared a picture of her brother’s caskets. She claims the “hit” was ordered on her brothers by the leftist political party FMLN. It is true that gang members sometimes have “FMLN” as tattoos, as many people from El Salvador know. But it’s very difficult to draw direct lines between gangs and politics. This picture is shared on twitter often, and it seems to partially prove her point, that gangs are well connected with FMLN:

These criminal organizations are tremendously strong. They have money, they have military-grade rifles and they have political power. El Salvador is a poor country, with an unarmed population that has faced decades of government corruption. The people here are essentially vulnerable sitting ducks, continuously extorted and threatened. Children are murdered when they refuse to join a gang. Without doubt, crime will continue, violence will escalate and nothing will change if Human Rights Groups ignore the atrocities that these violent gangs are performing.

Positive change can only happen if the President is able to stop the gangs. He can only stop the gangs if he cuts off their sources of power: blocking their source of financing, preventing murders, empowering the citizenry of El Salvador, preventing gang recruitment and exposing the corrupt politicians involved. These things are tremendously difficult to accomplish.

Human Rights groups have come under fire elsewhere more recently. Let us not forget, China was recently appointed to a United Nations Human Rights Council panel on April 2nd, 2020, where China will play a key role in picking the United Nations human rights investigators. It’s baffling to think that anyone would give China a seat involving human rights. China is basically one big human rights abuse poster that’s adhered to the face of the planet.

Additionally, some Human Rights organizations have rather suspicious intentions involving other countries. Take the Inter-American Commission on Human Rights (IACHR), for example. They’re located in Washington DC in the United States. They evaluate countries based on various human rights criteria.

To mention two criteria of the IACHR: One is Corruption. Another is Human Rights (implying, abuses by government and authorities). Well, why has this organization been so recently focussed on the treatment of prison inmates in El Salvador after they ignored the past 30 years of corruption? Are both not equally important for human rights and the welfare of the nation?

Violent Inmate’s Rights Vs The Lives Of Innocents

Granted, I’m not ignoring the importance of treating inmates fairly. All human rights considerations are important. Humans deserve fair treatment. Inmates are humans. My point isn’t that inmates deserve poor treatment. My point is focussed on the discrimination and bias of these human rights groups. The timely and biased focus that these human rights groups choose to have seems to demonstrate alternative interests at play. Corruption and gang violence has plagued El Salvador for decades. Do the innocent families of El Salvador deserve to feel safe for a while?

Focussing on the corruption would actually change things for the better. But instead, they’re focussing on their particular taste of human rights…which, in this case, is essentially protecting and empowering the criminal gangs. This is bigger than me. I’m just a traveler that observes my surroundings. I write about what I find to be interesting.

I’ll close by saying that I think that President Nayib Bukele is doing a good job. It’s a difficult task, nearly impossible, to promote positive change in a developing nation such as El Salvador. And if the President oversteps his boundaries, I will be the first to call him out. But, to this point, he’s responded well to Coronavirus and he’s saving lives and doing the best anyone could do to reduce gang violence.