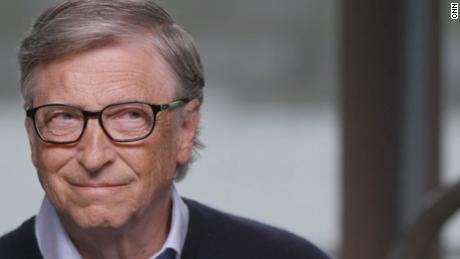 In 2013, when the National Security Agency’s PRISM Program came to light, a lot of people lost trust in big tech. PRISM was a monumental leak that raised privacy concerns around the world. Many people vowed never to use Microsoft and Google products again. Some people shut down their Facebook accounts.

Verizon was caught in the shuffle too, which involved secret courts requesting call data for “millions of Verizon customers daily”.

Immediately after the leak, the big tech companies denied being involved. But suspicions were already raised.

The NSA’s PRISM Program And Microsoft

According to the leaked documents, the PRISM Program started back in 2007 and Microsoft signed on with PRISM later that same year. The PRISM program was one result of former President George W Bush’s Protect America Act of 2007, a highly controversial piece of legislation that essentially permitted unrestricted wiretapping, domestic and foreign. Six years after the program started, whistle-blower Edward Snowden released the leaked information to The Washington Post and The Guardian.

Microsoft’s response to the leaked PRISM documents can be read here. To grossly summarize, here’s a blurb from what the undisclosed Microsoft representative said:

“To be clear, Microsoft does not provide any government with blanket or direct access to SkyDrive, Outlook.com, Skype or any Microsoft product.”

That statement from Microsoft is at odds with what The Guardian had reported regarding PRISM.

In a 2014 Rolling Stone Interview with Bill Gates, he had the following to say in reference to the PRISM leak:

Rolling Stone: “Do you think it’s better now that we know what we know about government surveillance?”

Bill Gates: “The government has such ability to do these things. There has to be a debate. But the specific techniques they use become unavailable if they’re discussed in detail. So the debate needs to be about the general notion of under what circumstances should they be allowed to do things.”

He definitely dodged that question somewhat. Citizens can’t debate what the government is doing in secrecy. How often do you debate things you’re not aware of? Never. By Gates saying the “techniques they use become unavailable if they’re discussed in details” is a diplomatic way of saying “you can’t know everything they do or else they can’t do it“.

Plus, we all know that there won’t be an “official” debate – they NSA and CIA don’t like oversight. Also, that 2014 interview with Bill Gates seems to be rather timely. It happened on March 13, 2014, less than a year after the PRISM papers were leaked. Maybe it was public relations cleanup, maybe it was happenstance. Bill Gates isn’t stupid – he knows how to handle is public image.

Quick note: That Rolling Stone interview mentioned above is definitely worth a read. Gates also mentions biological weapons, which is interesting considering there seems to be no concrete evidence of where Covid19 came from (if it didn’t originate in China…something bigger is going on).

A Year Later Bill Gates Stepped Down As CEO

In 2008, a year after Microsoft was onboard with PRISM, Bill Gates stepped down as CEO of Microsoft. However, he continued to be Chairman of Microsoft’s Board until 2020. CEO and Chairman are two distinctly different positions. His reason for stepping down as Chairman recently was to focus more on philanthropy.

I don’t know if there are causal connections in the timing. Personally, I think that there are. Bill Gates is smart and he knows how to handle his public image. PRISM was huge. Now, Bill Gates is in the limelight a lot more recently regarding the Coronavirus vaccine and ignoring his past would be a mistake. When thinking about any person’s role today in the Covid19 Pandemic, we’d certainly consider any elected politician’s background. So why wouldn’t we consider an unelected billionaire’s background?

For me, if we’re going to get non-doctor billionaires involved in public matters, a little historical context might be worth a thought. A thought…can’t we afford a thought?

The PRISM Program Hasn’t Been Forgotten

A few days ago I was having a conversation with another software engineer about the Coronavirus vaccine and the World Health Organization’s recent relationship with China. And then Bill Gates came into the conversation…which feel’s bizarre to write. The pandemic…The WHO…China…Bill Gates…? We must be living in a science fiction novel.

Anyway, during that conversation the PRISM Program came up. I started looking around online to see if anyone else has mentioned PRISM Recently. Lo and behold, one twitter search later I found ample evidence that people are still talking about it.

It certainly hasn’t been forgotten. Some people are But, it’s been left behind by the news media. While efforts seem rather strong to get a Coronavirus vaccine out the door in 18+ months, none of the mainstream news seems to be mentioning his PRISM’y past – which might be important.

If you’re wondering where Bill Gates wealth came from, look no further. Microsoft was sued in 2001 for anti-competitive practices. Microsoft was playing anti-trust games, essentially cutting off it’s competition…it made Bill Gates very wealthy. Remember Netscape Navigator? They were one of the victims of Microsoft’s behavior during the internet browser wars. About 2,500 Netscape employees lost their jobs. Microsoft settled the case after 21 years with the government, made some changes and continued to make billions.

Now let’s recap: Bill Gates was CEO of the world’s most powerful technology company while it was also heavily involved in giving away our privacy to the NSA…only 7 years ago. Now this same non-public figure is getting involved in a vaccine that could potentially be distributed worldwide. I understand that Gates has billions of dollars and he’s contributing a lot philanthropically. But is giving money and wearing pink cashmere sweaters all it takes to wipe the slate clean of significant involvement in shady government abuses?

I guess so. That seems to be what’s happening here. But something just doesn’t feel right.

Two years ago a rowdy professor proclaimed “I’m happy the witch is dead” in reference to Barbara Bush passing away. Just for being Bush’s mother! A cake artist received death threats for not wanting to bake a cake for a same-sex couple on religious principles. Now, Elon Musk is being attacked for being a billionaire that wants to pull his business out of California.

If you feel that those are even partially justified, why is it unjustified to Gates completely off the hook?

Check out this interesting video too:

Bill Gates gets the green light? Nothing to see here?

Alright. I’ve made my point. I’m bored of writing this and you’re probably bored of reading this. Just to be clear, I don’t think Bill Gates is a terrible dude. He seems like a decent guy. He’s probably incredibly interesting to talk to. However, I believe that he’s been given a “get out of jail card” far too easily. It’s unusual to me that anyone is taking his words as if he’s some form of divine prophet. He’s not a doctor. He’s not a scientist. He’s not a public official. He’s a business man. And from being a business man, he’s able to be a philanthropist.

The Guardian’s timeline of the PRISM Program.