Two Surfers Killed In Mexico On “Highway Of Death” 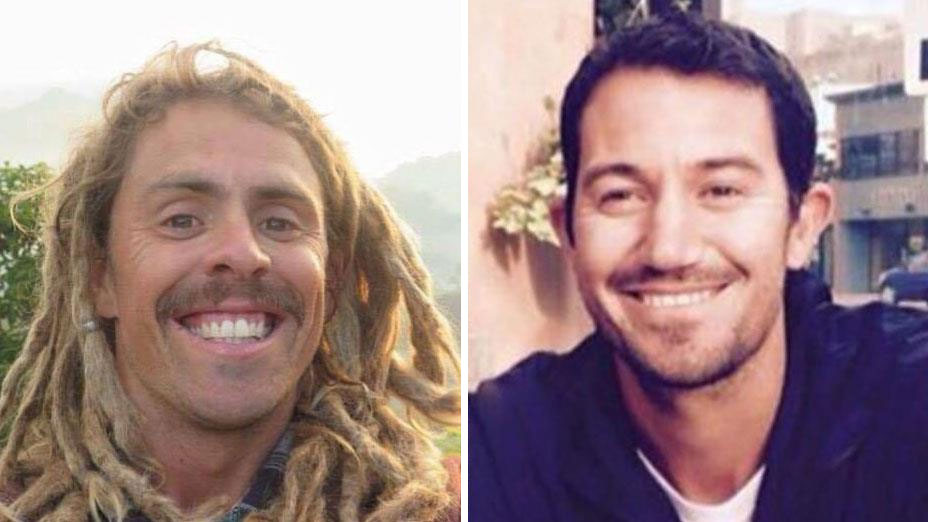 In 2016, Dean Lucas and Adam Coleman, both 33 years old, were surfers traveling down the pacific coast to surf the best waves they could find. They were driving a classic surfer mobile, a 1992 Chevy van. They made numerous stops in California, then later crossed the border into Mexico. After enjoying waves and camping out on the beaches in Baja, Mexico the two ventured off to find new waves.

Their plan was seemingly simply. They would take a ferry across the Gulf of California, a 140-mile-wide bay that separates the Baja California peninsula from the Mexican mainland, then continue driving south through the night.

When they exited the ferry in Topolobampo, they were later captured on a tollbooth surveillance camera at 2:30AM in Las Brisas, Mexico. Shortly after that their troubles began.

Highway Of Death In Mexico

The van was officially found in Navolato, Mexico after the cartel members moved it from Route 1D. Navolato is located slightly east of the larger town of Culiacán, Mexico.

Sinaloa State Route 1D has that name for good reason – it’s a war zone between cartels.

The two surfers were pulled over by armed bandits wearing false police officers uniforms. The SUV the criminals were driving had police lights that further gave them the appearance of being legitimate police personnel.

Sinaloa is perhaps the most dangerous area of Mexico, especially for travel by night. Criminal activity that use to be rare to read in the news is now happening everyday. Murders, kidnappings, car theft, disappearances – all are on the list.

After being shot, the two surfers and the van was discovered the following morning. The van had doused with gasoline and burned through the night. Dean Lucas and Adam Coleman’s remains were little more than a pile of ashe in the rear cabin of the van.

It wasn’t until approximately a week later that they were identified. The toll booth operator that was working on the night of their disappearance recognized their faces in the “missing” fliers that friends and families had sent out.

Mexico is known for a lot of things, especially cartel violence. The violence affects a handful of regions of the country. But it’s increasing drastically due to the economic conditions between Mexico and the USA. The cartels are the traffickers of narcotics, serving the demand of drug users in the United States.

As Mexico and the United States work together to combat cartel activity, the cartels are breaking up into smaller groups and resorting to alternative forms of money collection. Typically cartels earn the bulk of their money by transporting narcotics into the United States. However, with their distribution channels severed, smaller groups work together to practice extortion, human trafficking and theft.

More recently, cartel leaders are being arrested. In 2016, Joaquín “El Chapo” Guzmán was arrested in Mexico and extradited to the United States. El Chapo was known for being the Sinaloa Cartel, perhaps the most powerful Cartel in Mexico for nearly two decades. He greatly benefitted from the crackdown on drug activity in Colombia and essentially brought drug crime directly to the southern border of the United States. He had previously escaped prison twice in Mexico, once in 2001 and once in 2015.

Now, El Chapo is in a maximum security prison in the United States.

However, even when authorities succeed in taking down a cartel leader, that often opens doors for new leaders, or for the cartels to operate horizontally, without one central leader. This in turn makes it even more difficult to curb cartel violence.

No definitive murderer was ever captured for the murder of Dean Lucas and Adam Coleman, the two surfers in Mexico that faced the horrific murder. Three suspects were taken in: Julio Cesar Muniz, Martin Rogelio Muniz and Sergio Simon Benitez. They plead guilty and shared the whole story of what happened. However, their family filed a complaint with the Sinaloa State Commission on Human Rights, alleging that authorities had coerced the confessions after beatings and death threats.

This is a common tactic of cartels. They commit a crime, then hide behind the law and human rights, claiming that police forces coerced them to claim guilt. Oftentimes they are set free. Then, to make matters worse, they’ll kill the police and journalists involved and threaten Mexican authorities for more protection. It’s a vicious circle that is seemingly inescapable.

Javier Valdez Cárdenas, a Mexican journalist in the area that wrote about the case, was shot and killed by an unidentified gunman in 2017. His murder was condemned by the US Embassy in Mexico, the United Nations and the European Union. The murder of journalists is more and more common in Central America.

It’s impossible to know the truth behind the murder. Sometimes the Mexican authorities themselves cannot be trusted. In order to relieve pressure from international press, they’ll sometimes arrest innocent suspects in order to satisfy the public’s cries for justice.

In any event, Dean Lucas and Adam Coleman will never be forgotten.