President Trump Did Not Pardon Julian Assange (Yet) 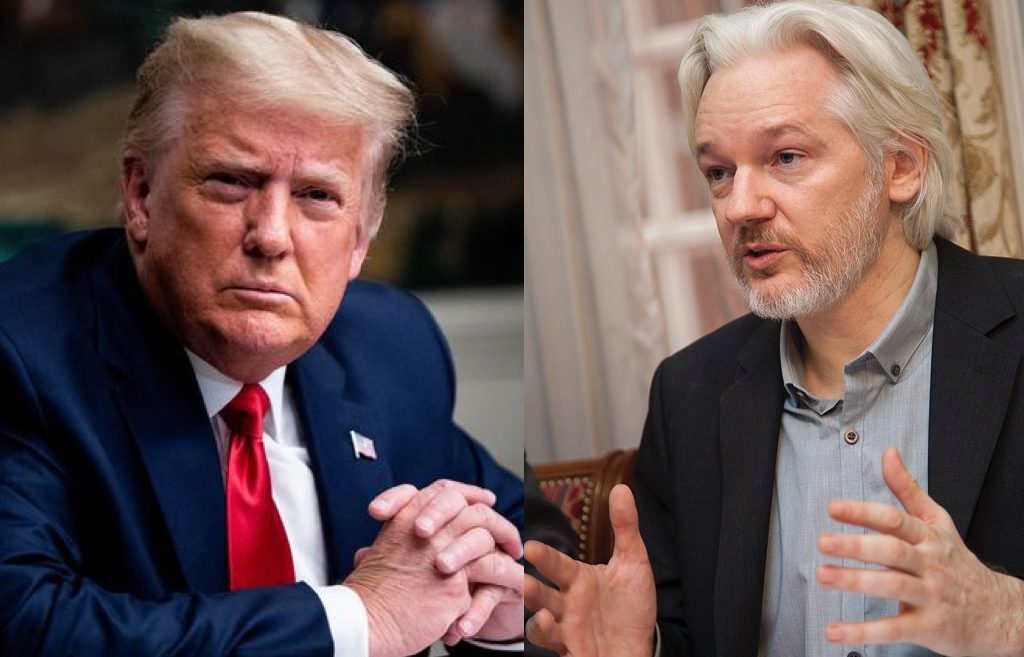 A lot of rumors erupted on social media about President Donald Trump pardoning Julian Assange. At this time, the rumors have been determined to be false. Trump has not pardoned Julian Assange. This news of Julian Assange’s pardon spread like wildfire, for nearly two hours today.

Julian Assange is an activist and the founder of Wikileaks, the organization that helps whistleblowers come forward and publish their leaks in a private and secure manner.

.@realDonaldTrump
Thank you, Mr. President, for pardoning Julian Assange.
Please pardon Ed Snowden too.
They tried to tell us what scum our deep state was.
They should not be punished for that.

Another example of the information spreading:

The news of Assange’s pardon came during a heated election battle between sitting President Donald Trump and former Vice President Joe Biden. After numerous lawsuits and attempts to gain another four year election term, President Trump is running out of options. He also notably pardoned Michael Flynn recently in a Tweet.

Julian Assange is a controversial figure. He notably worked with Edward Snowden to release a lot of documents that were originally sourced by Edward Snowden. Edward Snowden worked for the National Security Agency (NSA) when he leaked documents. Edward Snowden is currently believe to still be hiding in Russia, after numerous years in hiding.

A couple hours after the false information spread, many people backtracked on their former statements:

Not Everyone Was Happy About Assange’s Alleged Pardon

When the false information was spreading like wildfire, a new conversation took place that was enlightening. People showed their cards and shared their opinions on the matter. It showed how controversial Assange is.

People on the left and the right both love him and hate him.

Pardoning Snowden and Assange would be the ultimate middle finger to the Deep State. Hope Trump does it for Christmas.

In either event, I’ll be publishing more updates on this if it’s verified as True. This would be a monumental pardon in the history of the United States.

Corruption is a big issue in the United States. It comes at numerous levels, both on the political left and right political. It also stems deeper, which has become known as the “deep state” – political players that operate quietly and have a larger roll into public influence than is visible surface level.

Now that Trump’s election lawsuits may not be able to pull him to a 2020 election victory, many are enticing him to declassify anything and everything that he can, while he still has the power to do so. The challenges are many. Although the position of President grants Trump a lot of power, many people argue that the NSA, the CIA and other “security” organizations actually hold more power than the President himself.

Many Americans believe that a Julian Assange pardon, plus a movement to declassify information, altogether could essentially result in a new era of American history.