German Tourist Sexually Assaulted After Being Lost In Panama’s Jungles 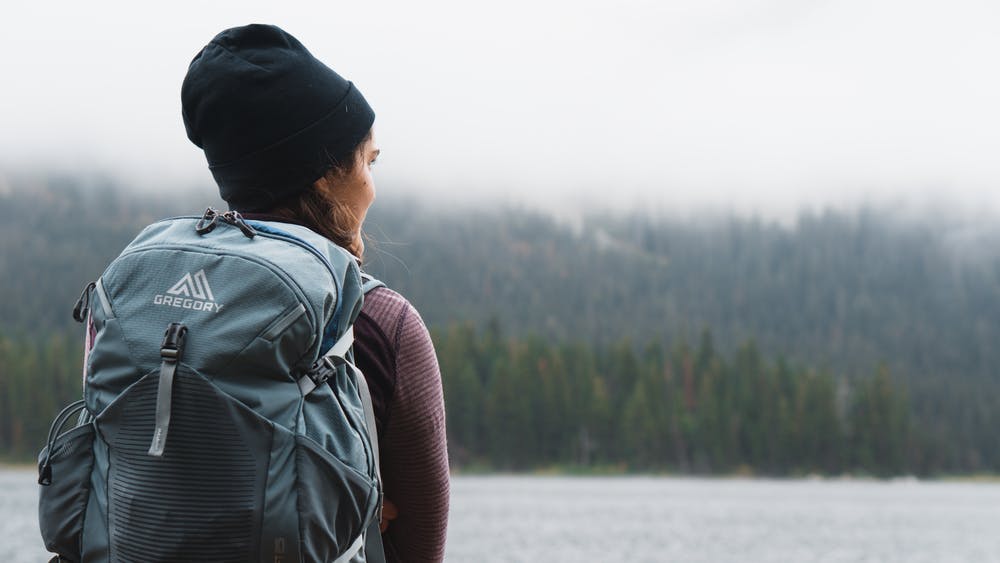 In 2017, a German tourist was traveling through a lesser-known town of Panama’s Veraguas Province called Santa Fe. Her disappearance story is eye-opening and should be a message of caution to travelers.

After she was found alive, she had a chilling story to tell. Her story was never told by the english-speaking news media. Her name was not publicly disclosed due to the nature of her case.

She left her hostel and was walking along the La Cascada Bermejo Trail, a locally popular public trail where people often hike in Santa Fe, Panama. She was hiking to the Bermejo waterfalls, a series of three waterfalls which offers a beautiful nature hike and spectacular views.

Then she went missing.

The hostel owner where she was staying alerted the authorities after she hadn’t returned for several days.

“According to versions of the locals, the owner of the hostel where the adventurer was staying gave the alert voice when she saw that several days had passed and the girl had not returned to spend the night. A search bloc was immediately assembled through the Joint Task Force, local authorities and villagers.“

Authorities alerted the public of her disappearance after they launched a search:

“A search is carried out for a German tourist in SantaFé / Veraguas / she was heading to the El Bermejo Waterfalls. #FTCayuda investigates and activates Operations”

It was expected that their search efforts would be thwarted due to heavy rain, landslides, river floods and road closures. But surprisingly the poor weather conditions posed no challenge. She was found less than 3 hours after searches began.

The image above shows how detrimental heavy rains can be in Panama. This mudslide photo was taken in Santa Fe the same day that she was found.

Then She Told Her Story

Four days after going missing, the German woman was found by members of Panama’s Joint Task Force where she was wandering along the banks of the Mulabá River (link to map).

Translation: “The Director of @Sinaproc_Panama, @donderisja, reported that the missing German tourist was found safe and sound in Santa Fé de Veraguas this morning near the Mulaba River. @minsegpanama, @ProtegeryServir.“

She was brought to the hospital and filed a police report. The story she told police was devastating: Not only was she lost for three days, but when she was found, she was taken hostage and sexually abused.

“It was approximately 3 days that the lost girl remained, traveling through trails, hills and mountains until she found a populated place. Unfortunately for the tourist, the first to find her were three men from the area who were in the jungle, supposedly in rescue action but at the same time consuming alcoholic beverages. The three of them held her down and one of them sexually abused her. In addition, some of his belongings and money were stolen.”

Fortunately, she was able to escape captivity to save her life.

When she was being held captive, she took the risky decision to defend herself. In a brave act of desperation, she used the sharp edge of a broken bottle to fight Héctor Abrego, her main attacker. She hit him in the head, the face and the abdomen.

After her escape, she fled the area and walked along the Mulabá River where she was found by rescuers. Only three days later the three assailants were given their sentences:

Another important detail was disclosed to the public: Héctor Abrego was actively searching for the missing German woman before they found her and sexually assaulted her. It remains unclear if Héctor Abrego was part of the official search team. The local news stated he was “supposedly in rescue action but at the same time consuming alcoholic beverages“. I don’t know what “rescue action” means, but that sounds like he was involved in the rescue effort to some degree.

The judge opted to disqualify Héctor from “exercising public functions”:

“The condemnatory measure was validated by the Judge of Guarantees in the Accusatory Penal System in Santiago, Franklin Pinzón, who sentenced Héctor Abrego to 15 years in prison and must pay his sentence in jail in Santiago, he was also disqualified from exercising public functions, for the crime against sexual freedom and aggravated robbery to the detriment of the German tourist.”

I’ve searched heavily to understand if Héctor Abrego was part of the official rescue team, but I wasn’t able to find an answer.

What I’ve published here is the maximum amount of information I was able to find about the case.

Further Unusual Aspects About This Case

There’s four peculiar aspects of this case. I noticed some irregularities when I was searching for information.

First – There was very little information about the case, the attackers and Sinaproc’s involvement. It was a challenge to find any information. I do a lot of research online about disappearance cases in Central America. In this particular instance, there was no english-speaking news coverage, nor german-speaking news coverage of her disappearance – which is unusual. When foreigners go missing there’s usually at least some foreign news coverage when they first go missing – but not in this case.

Second – The news articles said she was missing for 4 days. But it was never explained how long she was lost versus when she encountered the attackers. Héctor Abrego was a potential rescue crew member, so I wanted to understand approximately when he had found her. Perhaps he was lying to his colleagues as he held her captive or perhaps other team members were involved – Panama is known to have a lot of corruption. News media in Panama didn’t elaborate further about Héctor Abrego’s connection to the rescue team, therefore I couldn’t find more information.

Third – The timeline of the case feels off. First, Jose Donderis (of Sinaproc) published at 6:43 AM that rescue teams were starting to search for her. Then, PanamáAmérica News published at 8:59 AM that she was found. Considering the inclement weather, poor roads and mudslides in the area – that’s remarkably fast, hardly 2 hours. From my experience in Central America, nothing is that efficient. The Bermejo Waterfalls are a 5 hour hike from start to finish (it’s 2.5km round trip). The roads that lead to the waterfalls are mostly dirt roads. How was she found so quickly?

Fourth – There are only three hostels in Santa Fe, Panama: Hostel La Qhia, Rainforest Yasmin Hostel, and Cascadas Alto de Piedra. The incident happened in mid-December when tourism activity would be considerably lower, especially considering Santa Fe isn’t a well-known destination (it’s 3 hours from any main road). There’s a strong chance she was the only guest at the time. So – why didn’t anyone notice that she was missing for “several” days? Something is unusual about that.

I’m not pointing out these “unusual aspects of the case” to suggest, nor imply anything in particular. I gather information and speculate about disappearance stories in order to give other travelers insight into potential dangers in Central America.

I live in El Salvador and I’m well experienced with backpacking through Central American countries. While I love these beautiful countries, I believe it is irresponsible of the news media and local governments to stifle important stories.

A Word Of Caution

I always suggest that travelers use extreme caution when traveling alone in Central America. It’s best to travel with someone, or if you must travel alone, try to stay in the more popular areas. Going “off the beaten path” is always risky as was proven in numerous other cases, including the case of Kris Kremers and Lisanne Froon.

While taking risks can sometimes add an element of adventure to your travels, at least be sure that you tell someone where you are going and when you will return. I offer more advice here: How to Avoid Disappearing – Travel Tips That Will Save Your Life

My heart goes out to the victims and victim’s families that experience such monstrous circumstances.

Reference video of the aftermath: Public worries and demands more security (in Spanish)