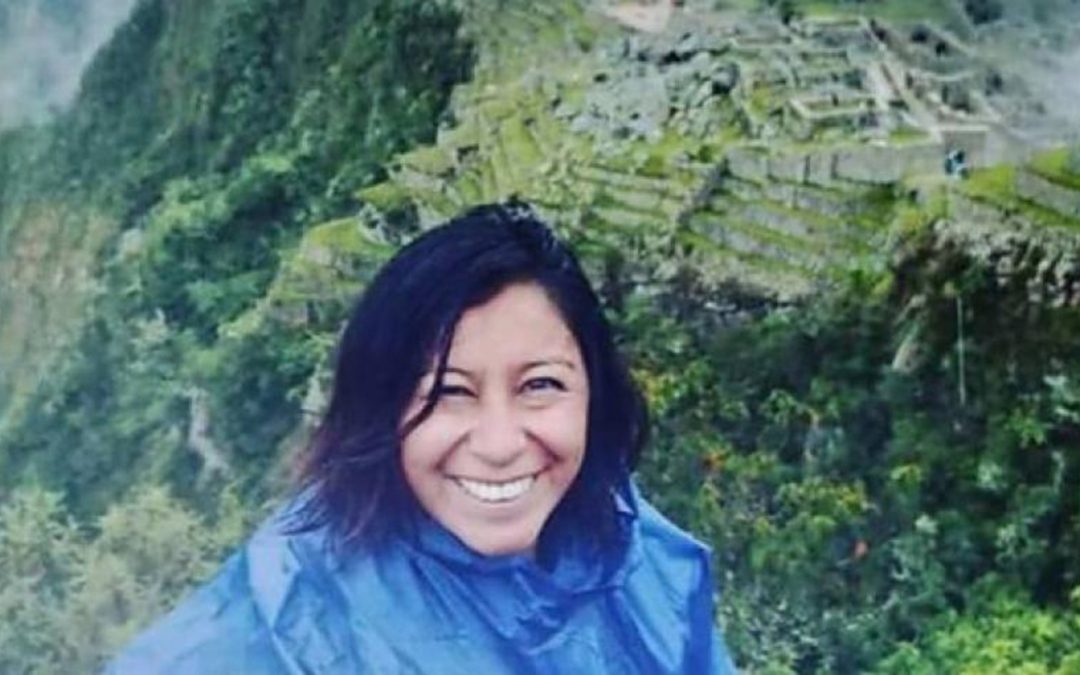 Nathaly Salazar Ayala was visiting Peru from her home country of Spain, although originally born in Ecuador. She was visiting the famous salt-mines of the town of Maras, in southern Peru’s Sacred Valley.

On the morning of January 2nd, Nathaly left her hostel wearing a bright pink jacket and her mountain boots, ready for a day of exploring. She exchanged some money for the local currency and asked for directions to nearby ruins at the hostel.

She purchased tickets to ride a popular zip line in the area. The zip line is particularly known for being one of the longest in the world. Here is a video that captures an experience on this zipline:

In the city of Cusco, the zip line takes tourists across the breathtaking Sacred Valley. The zip line is called the Flight of the Condor. It’s well known in Peru and is an attraction for many visitors.

After purchasing the tickets, Nathaly vanished.

Everybody be came worried when Nathaly stopped responding to messages from friend and family in Spain. Then they received a phone call from the police in Peru. The police said that Nathaly was dead and they had arrested two men, aged 21 and 19, in relation to her disappearance. Authorities immediately launched a large-scale search for Nathaly’s body in the Vilcanota-Urubamba River.

One man was the owner of the Zipline, the other was an employee. They claimed that Nathaly was involved in a zip-lining accident. And after the accident happened, the two panicked men decided to discard her body into a nearby river the following day. However, their contradictory stories didn’t line up.

One man claimed that Nathaly hit her head on a metal pole. The other claimed that she had fallen and suffered a traumatic injury which resulted in her death. They decided not to alert authorities and instead they dumped the young backpacker’s body in the river by dropping it from an electricity tower over the river, on the night of January 2. The two men admitted that they didn’t think there would be a big search for the missing girl.

Also, the two men later decided to “smash her cellular phone” because “it would not stop ringing”.

The Search For Nathaly Ayala In The Vilcanota-Urubamba River

Investigators searched the river, to no avail. Nathaly’s body was never found, even with a $10,000 reward offered. Nathaly’s parents and sisters traveled to Peru numerous times to assist in the investigation, something very common when people go missing. Local police in developing latin countries are known for putting limited effort into disappearances. When family members hear that a son or daughter has gone missing, often their only option is take matters into their own hands and handle the investigation themselves.

Later, some unusual pieces of information was discovered about Nathaly’s disappearance. In an interview with El Comercio newspaper, Ayala’s mother tells that she received new clues from Peruvian police authorities:

With this new information, her mother disclosed that her daughter was not thrown into the river as previously reported. She believes that her daughter is alive and possibly is the victim of a sex trafficking network. Her mother concluded:

“I think they drugged her and took her somewhere, but nobody believes me.”

Shortly after her daughters disappearance, the family learned of another girl that disappeared. Carla Valpeoz disappeared in Peru in the same area of Peru that Nathaly Ayala disappeared.

Disappearances were then discovered to be a trend in this area of Peru. The United States put a strong travel advisory on Peru, warning travelers that this area is connected with crime and terrorism. In fact, during FBI investigations, the agents collaborated on both disappearances and worked together to find the two women.

To this point, neither of the women have been found. There’s speculation if one or both of the women were found, because authorities claimed they’ve found a woman “in very bad condition”, but authorities haven’t publicized any further information, possibly to protect her privacy. You can read more about the possibility of a women being found on the Carla Valpeoz story.

My Personal Opinion Of What Happened To Nathaly Ayakala

Sometimes I speculate on cases like this, similar to the way that I speculated on the disappearance story of Kris Kremers and Lisanne Froon.

Based on my experience living in Central America, I believe that the evidence points more strongly to the Nathaly being sold off to a sex trafficking crime group. I can tell you from experience that it’s highly unlikely that two guilty men would be honest about heinous crimes. And while both murder and sex trafficking are seemingly equally heinous, there are distinct differences that are important to consider, especially in consideration to cultural pressures.

Second, the body was never found. Nothing was discovered in the river. If they didn’t want it the body to float, they would have weighed it down. And at least the rope/chains/plastic would have been discovered.

Third, by throwing the body into the river, they had the perfect story that would forever leave the story inconclusive. It’s like saying “yeah, it’s in the river, now go search for it, and fuck you”. The types of people that commit these crimes are secretive, shady and not trustworthy. They have little respect for human life. It’s best not to believe anything they say unless what they say is also supported by external confirmation.

Fourth, if the two men admitted to selling the woman to a sex trafficking organization, that would immediately put their lives in danger. Criminal organizations that engage in human trafficking are nothing short of terrorists. Life is cheap to them. They’ll murder for a few dollars. Naturally, if asked by law enforcement to which organization they sold Nathaly Ayala, the two men would be dead within a few days of disclosing that information.

Fifth, if they admitted to selling the two women to the sex trafficking trade, they would forever be stigmatized in their local community. The communities in South America are primarily very conservative and Catholic. By attributing the death to being an accident, at least they reduce some of that burden, and they know that they can eventually re-polish their reputations in the community, with time.

Saying that they threw her body into the river was their safest story. It means that investigators will be distracted and it means the two men won’t have to worry about being murdered by the crime group. Additionally, the two men’s stories didn’t line up, which means that they mutually agreed to the part of the story of “throwing the body into the river”, but they didn’t plan their story well enough to confirm how Nathaly Ayala died when later asked by authorities.

Of course, this is all speculation. I don’t know exactly what happened. But this is my gut reaction to the story.

My heart goes out to the family and friends of Nathaly Salazar Ayala. I hope this serves as a message of caution to other travelers. Please be careful, mindful and aware while you are traveling.