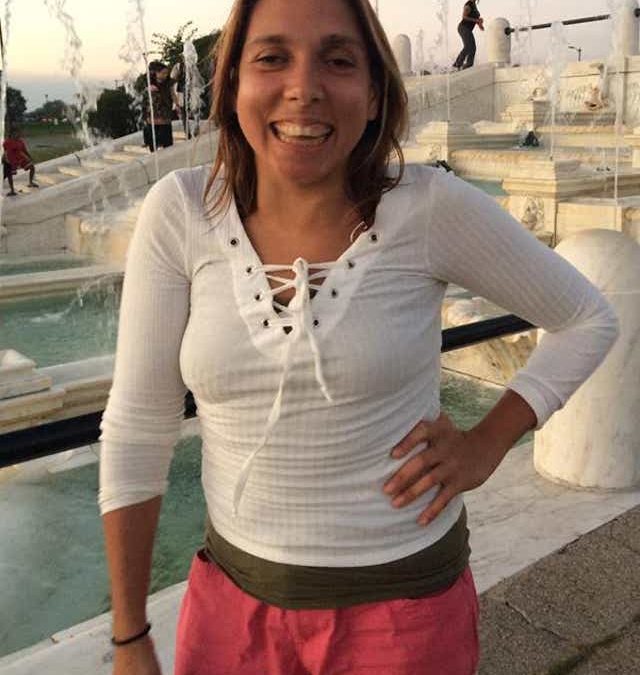 Carla Valpeoz disappeared in Peru on December 12, 2018. She was a native from San Antonio, Texas and later lived in Detroit before traveling to Peru where she mysteriously vanished without a trace. The unsolved mystery is nothing less than a tragedy that continues to perplex her family, investigators and the international community.

“Find Carla” – GoFundMe: The family launched a campaign called Find Carla to raise funds on the popular micro-funding website GoFundMe.com (link to campaign). The campaign was considered successful as they’ve raised the goal threshold twice and her father has now moved to Peru to continue investigating the case.

I’ve provided an embedded widget at the bottom of this page for the Find Carla Campaign.

The Full Story of Carla Valeoz Disappearing in Peru

Carla was 35 years old, a world traveler that was slowly losing her eyesight from a rare degenerative eye condition. Carla he was committed to traveling and seeing as much of the world as possible before losing her vision. She was an experienced traveler that had previously travelled to Egypt, Yemen, Indonsia and many other countries.

Her father describes her as a fearless woman who defied the odds as she explored the world.

Carla traveled to Peru for a wedding in Lima with her good friend Garcia Steele. Lima is the Capital city of Peru and is located on the Pacific Coast.

After parting ways, the mysterious aspects of the story quickly materialize.

After Carla set off on her solo bus trip, Garcia sent text messages to her and received no responses.

Finally, more than 12 hours later, Carla responded. She apologized for the delay and said that her phone connection was bad and that she was overwhelmed with sightseeing. Then Carla said something strange:

Carla provided no clarification about what the “issue” was. It’s unknown if it’s somehow related to her disappearance.

The Night Before Her Disappearance

When backpackers travel through South America, it’s very common to make friends with other backpackers. This was the case with Carla. She joined a group of Spanish and Argentinian travelers to hike Huayna Picchu, the steep mountain near the ruins that overlooks the ruins, and the group returned together to Cusco a few hours later. 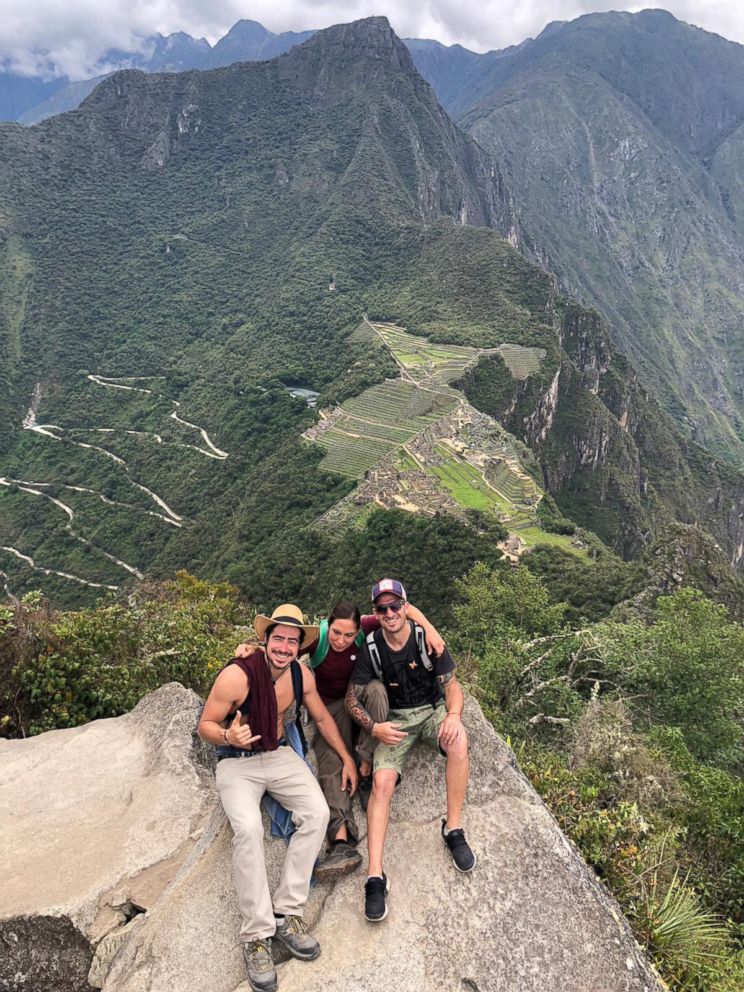 After their mountain hike and later that night, the group had dinner together and went to a club to go dancing before finally settling at a hostel.

After her night with her new friends, she sent her final message to Garcia:

After that text, her friends and relatives were unable to reach her for a few days. But they didn’t panic until Carla missed her flight back to the United States.

In A Brave Move, Her Father Flew To Peru

When Carla missed her flight her parents became overwhelmed with panic. Within days her father rushed down to Peru in hopes to locate her daughter. In situations like this, “time is of the essence”. If she was injured, trapped or being held against her will, the clock was ticking. Even one minute can change the circumstances.

Upon arriving in the town where Carla had gone missing, her father met the police and realized that very little, if any, investigating had actually been done. Additionally, he noticed that many of the locals didn’t trust the police, which is very common in Latin countries. Her father quickly started taking matters into his own hands, essentially acting as a private investigator for his own daughter’s case. Later, he was given FBI support by the United States Government.

From my personal experience living in Central America, I can say with certainty that things rarely get done down here unless you do them yourself. People rarely do anything here unless it directly benefits them personally in some way. Additionally, police and investigators in Latin America aren’t always very mindful when handling criminal investigations. We saw how poorly the case of Kris Kremers and Lisanne Froone was handled in Panama in 2015.

Her Father Discovered Many Critical Details

On the morning after her night out with her new friends, she had woken up early, before everyone else woke up. She left the hostel alone without most of her belongings and only a light backpack. Her father obtained the belongings that she had left in the hostel, namely her medication, her jacket, souvenirs and other small items.

In his investigation, her father also discovered that she had taken a taxi and a small local bus to go to Písac, another archaeological site approximately 40 minutes north of Machu Picchu. Písac is known for its Incan ruins.

Perhaps most importantly, video camera footage was discovered on the camera of a local drugstore in Písac: 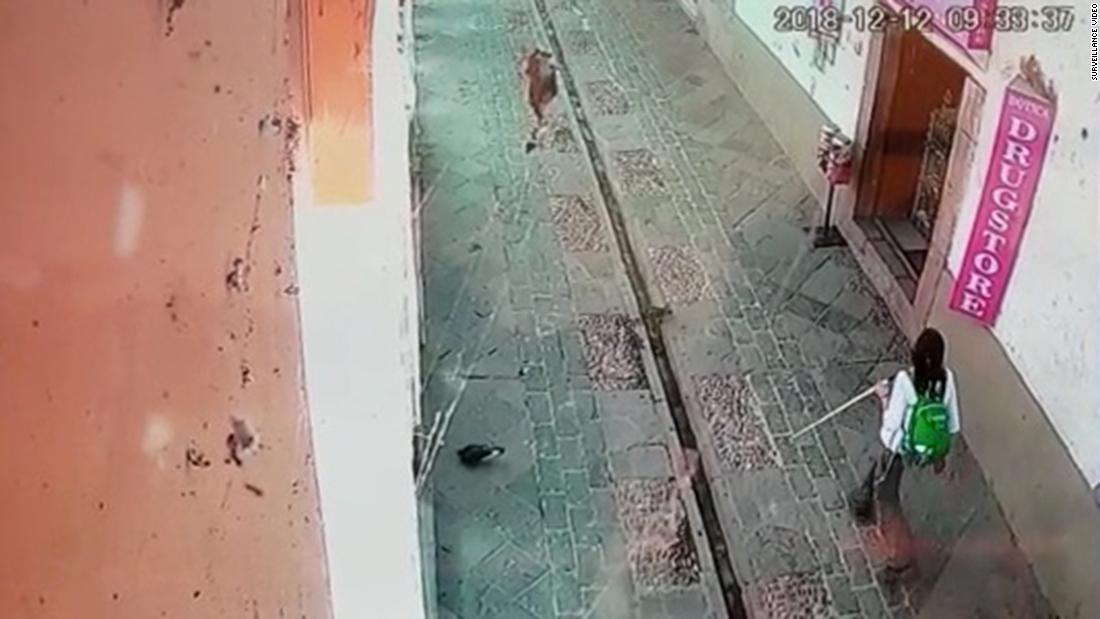 This video footage (screenshot above) proved that Carla had in fact been in Písac, which was very important evidence. It shows that she was alive and well at that moment, what she was wearing, that she had her walking cane and that she had arrived in Písac unharmed.

Notes About That Region of Peru

Peru is a beautiful country, particularly known for Incan ruins like Machu Picchu. In 2014 the country recieved more than 3 million tourists. Like all countries in South America, Peru consists of millions of small underdeveloped towns and cities.

Unfortunately, crime is increasingly common, although most crime isn’t reported to the police. Secondly, even when a crime is reported to the police, they often do not have the resources to investigate the case effectively. Additionally, police corruption and political corruption are common. These facts make it tremendously difficult for families to solve criminal cases.

Criminal activity has been rising in the area. With increased tourism, sometimes the result is a growing party atmosphere, which equally tends to attract bad actors, such as drug dealers that have ties with unruly criminal organizations. Considering Carla’s visual handicap, it is highly unlikely that Carla would participate in any of those associated activities. She’s educated, she’s careful and she’s methodical. Also, she went missing during the day.

However, I have little doubt that should could have been victimized by a criminal that saw her as a target. Unfortunately, there are too many possibilities to speculate about the manner in which she could have been a victim.

On March 23rd, 2020, US President Donald Trump mentioned in a Press Conference that a young woman had been found and released as a result of a military operation. The President said that the USA was “working very hard, long” with the governments of Honduras and Peru. He didn’t share the name of the victim in order to protect her privacy. This is what Trump said:

“We were able to get a young woman released from a certain area who was being horribly accosted, horribly treated. And I spoke to General Milly, General Milly took care of it. We went in and we got her out. And we’ll report further on that. But that was, um, it was rough stuff.”

Later in the press briefing, when President Trump was asked for more details he responded:

“We’re really under the feeling that we should keep it somewhat private. They got her out, they got her out of a certain country where she was seriously abused, accosted, and whatever the maximum word is other than death…but we got her out, and she’s okay, and she’s back with her parents”

It’s important for me to mention – the United States rarely holds “military operations” in Peru, especially to find missing persons, so this was certainly a specific case. Additionally, she was obviously a younger woman, if she’s “back” with her parents. Personally, I believe that these pieces of information point to the possibility that Carla was found.

The full press briefing can be found below. See his comments on the woman at 1:57:18 in the video:

Later, when I searched Twitter for clues about Carla being found, I learned that other people have also speculated that she was found. Additionally, I learned that there’s recently a large outcry against crime in Peru, with locals pleading with local police forces to combat crime and to protect travelers and tourists. Disappearances are on the rise recently, as cartels, gangs and other crime groups increase operations in Central and South America.

Unfortunately, disappearances happen more often that we’d like to admit. I previously wrote about the disappearances of Kris Kremers And Lisanne Froon In Panama in 2015. The two girls bodily remains were later found.

In another bizarre and terrifying case, Nathaly Salazar Ayala also disappeared in Cusco, Peru while ziplining. Investigators later discovered that the zipline operators had thrown her body into a nearby river, claiming that she had died after a head injury while ziplining. However, the two zipline operators shared different stories, which implies that someone was lying. Additionally, they smashed her phone with a rock, claiming that her phone “was ringing too much”.

There are countless other disappearances too, such as Portia Ravenelle in the Dominican Republic, Patrick Braxton-Andrew in Mexico, Carla Stefaniak in Costa Rica. These recent murders hardly scratch the surface.

On July 18, 2019 the United States government issued a warning to travelers visiting Peru, stating that travelers could be at risk of violent crime and ‘organized criminal groups’. They even mentioned Cusco in the travel advisory, the same city that Carla stayed shortly before she disappeared.

My heart goes out to the Valpeoz family. I hope they’ve found her and I hope she is safe. And I hope anyone that harmed Carla will suffer greatly or have already been shot and killed. I don’t know how anyone could harm another human being, especially a visually impaired woman like Carla. If someone hurt her, I hope those criminals suffer a painful death and an eternity in hell.

I hope other travelers take extreme caution when traveling alone. I know it’s fun to explore foreign countries. I love wild adventures too. But please be careful. There are a lot of evil people in the world.