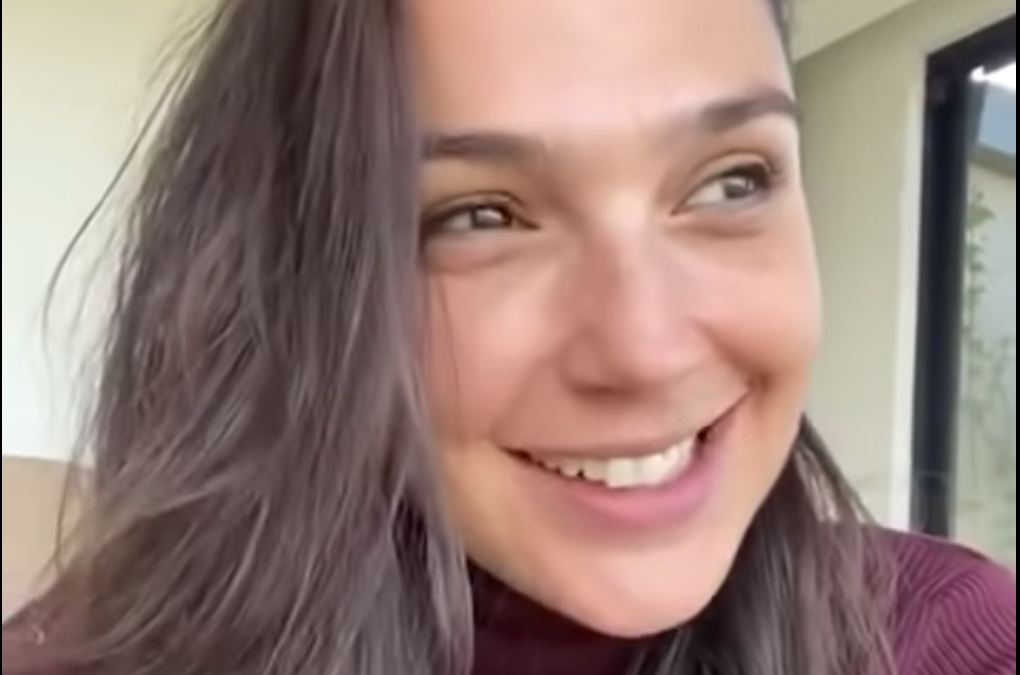 You may have heard the story. Gal Gadot, the lead actress of Wonder Woman, recently organized a group of famous actors and actresses to sing “Imagine” by John Lennon. She then published the video on Instagram for the world to see. Nearly immediately, the video started receiving harsh criticism (details at bottom of page), much of which was highly deserved.

There’s little doubt that these celebrities had good intentions. However, the video illustrates how disconnected and out-of-touch these celebrities are from commoners. While they’re singing “imagine no possessions” from their million dollar mansions and protected from the virus, the rest of society lacks food, resources, Covid-19 tests and medical access.

The “Imagine” Video By Gal Gadot:

The video is somewhat confusing. These celebrities are not singers. They’re actors and actresses. Why are they singing to us? Did they think it would help us? Thanks, I guess. Many feel that this was an attention-seeking stunt that doesn’t truly help anyone, especially during a time when the world is confronting so much suffering, instability and even potentially starvation.

Common Criticisms Of The Video

“Imagine there’s no heaven” – This was the first line that was sang in the video, which is a rather baffling poor choice. Her large smile feels offputting. Video commenters essentially said “this is a terrible and insensitive message to send to people that are losing their grandparents to Coronavirus”. Families worldwide don’t want to imagine that there’s “no heaven” in these difficult times. Heaven is the only thing some people have to hold onto while they gasp for their final breaths of air.

“We’re in this together” – While the celebrities sing tucked away in their million dollar mansions, they claimed that we’re all in this together. But most people feel differently. We’re not in this together. The wealthy will have a significantly easier time getting through the pandemic. Most people don’t have adequate savings to comfortably survive for multiple months of the pandemic. Workers that cannot leave their homes will essentially spend all of their savings, if they haven’t spent all of their money already.

Virtue Signaling – Virtue Signaling is when someone does something to show how great of a person they are. This video definitely does that. It’s as if they’re saying “Look what we did for you, aren’t we great?” It’s disconcerting and untimely.

Gal Gadot’s appearance – She seemed rather concerned about her appearance in the video, often touching her hair, dabbing her tongue in the corner of her mouth. It feels almost as if she’s saying “look at me, aren’t I pretty, here’s a nickel for you kiddo”. And while that criticism may be unfair, it’s simply the nature of things during these uncertain times. Most women don’t have the money or resources to look good in these troubling times…but clearly she does.

“Here’s a song for you. But we’ll keep our money.” – One criticism as that these celebrities are unwilling to open their wallets…but they’re willing to sing to us. In other words, thanks for nothing. Donate money and supplies instead.

An attempt to stay relevant – A lot of people perceived the video to be celebrities saying “hey, we want attention! Don’t forget how great we are!”. It was poor timing. They clearly don’t realize that people need a lot more than singing.

Celebrities out of touch – Putting all of the above pieces together, many people feel that the video essentially shows that the celebrities are out-of-touch with the rest of us. It’s like a food recipe that has a bad texture, too much salt, too much sugar, too much fat and too much bad everything. Worse, that gross recipe was served to us while our grandparents were dying.

Criticism Of The Song Chosen: “Imagine”

Some people targeted the song itself in their criticisms of the video. And it’s understandable why.

John Lennon is often characterized as a selfish, hypocritical, woman abusing, cheating, family ruining music artist that ruined the Beatles. Ok, that’s a little harsh for one statement. However, he has received a lot of criticism, even after his death. Worse, his music stood for something completely different than his lifestyle represented.

John Lennon had beautiful properties, estates and yachts. In perhaps the most selfish act a person can do, he cheated on his first wife and destroyed the family. Then he cheated on his second wife, Yoko Ono. Lennon claimed that the Beatles were more famous than Jesus, which offended many religious people. Mentioning these things is harsh. But it goes to show why the song “Imagine” is laced with controversy and disconcerting vibes.

John Lennon’s song “Imagine” asks everyone to image “no countries, no possessions, no heaven, all the people living for today”. If this bizarre mixture of Lennon’s ideals ever happened, this would virtually put the world into a never-ending state of chaos…likely more disastrous than the world we’re currently living in. We work for possessions. Countries and walls are suppose to protect us. Living for only today presents problems for tomorrow.

And while most of us like to imagine “the world living in peace”, the problem is that everybody can’t live for today to be able to live in peace. During the pandemic, many have died. Tomorrow, more will die. And after the pandemic, if we all “live for today” as the song suggests, that means not preparing for the next pandemic, ignoring our family’s needs and not investing in our children’s futures.

Personally, I believe that these celebrities should have more carefully considered their decision before publishing their video. And I “imagine” that they’re now wishing that they did too.