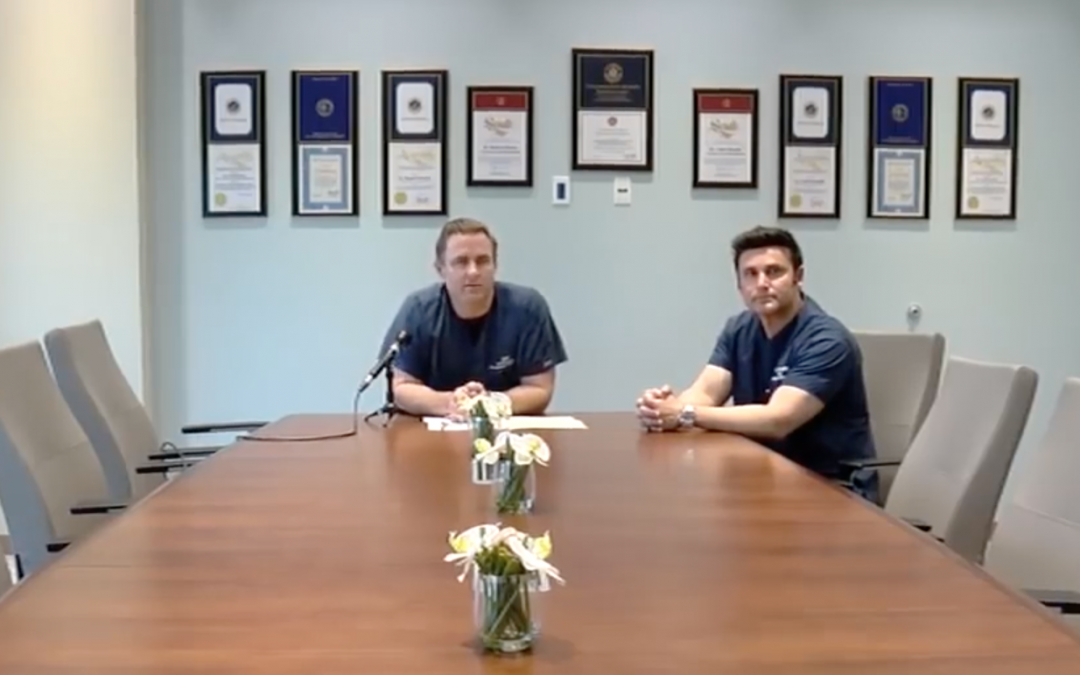 The two Doctors were recently featured in an eye-opening video interview by 23 ABC News. The video has gone viral. Together, the doctors made many arguments that contradict much of the mainstream media’s information on Covid19. In the long interview, the two doctors claim that “shelter in place” orders are no longer necessary, and in fact, being only at home is only contributing to weakening our immune systems and is making humans more vulnerable to the virus.

Update: YouTube, Vimeo and Facebook are actively removing the doctor’s video from their platform. You can see the video here: NewTube.App – The owner of NewTube.App has publicly promised not to censor the video.

For my foreign readers, the term “shelter in place” simply means “stay at home” and avoid contact with other people.

Dr. Daniel W. Erickson and Dr. Artin Massih shared their experiences with testing and treating patients with Coronavirus. They also discussed how they’re being pressured to write the virus as the cause of death on patient’s death reports. And in fact, that has been noted by other doctors and reporters, too. It’s factually correct to say that hospitals are getting paid more money for the treatment of Covid19 patients. And getting paid more to do one thing, as opposed to another thing, essentially means there’s a financial incentives to do so.

The video was just taken down by YouTube (it had more than 5 million views):


I found the video in another place online. Video Below (scroll to the bottom of this page).

YouTube CEO Susan Wojcicki told CNN that the company would ban any video content that contradicted World Health Organization recommendations. She suggested that this would mainly be focused on banning information about fake cures, not questioning of government policy.

Although reasonable for many cases, that justification is questionable in this particular case.

I do have respect for the WHO. However, I must be honest that my trust in the WHO was seriously challenged when China was appointed to a United Nations Human Rights Council panel on April 2nd, 2020, where China will play a key role in picking the world body’s human rights investigators. China doesn’t exactly have a stellar record with human rights – not to mention that China silenced doctors when Covid-19 was starting to spread.

Personally, I believe that removing the video was heavy handed by YouTube. Even if these controversial doctors do have a message that’s inconsistent with mainstream health information, it seems foolish to banish their message and censor their professional advice from being able to be heard. With all information, we are all individually responsible for how we read and process the information.

Millions of people were outraged when the video was removed. Many people are now calling this an act of censorship. Here is one example:

Is it just me or did @YouTube take down Dr. Erickson’s viral video with 5 million views? https://t.co/eNjJ0e7K34

After I posted the YouTube video on this website, ImperfectPlan.com, I speculated that the mainstream media would resort to some dishonorable action: discredit the doctors, ignore the video altogether, or silence the doctors somehow. Sadly, it turns out that I was right. However, I never expected that YouTube itself would censor the video. This single eye-opening action shows how much power and influence private technology companies have.

Additionally, YouTube is owned by Google. If YouTube is censoring videos to this extent, I have little doubt that they’re also censoring Google Search Results. At the very least they have power to do so. And that’s scary. Google handles 62.5% of all internet searches in the United States. Imagine how powerful that is!

An interesting point to mention is that these two doctors own their practice. That’s not the case for most doctors, especially specialists that work with viruses and respiratory infections. If politics get heavy, they can’t exactly be fired from their hospital…because they’re business owners. However, they could feasibly lose their license or “disappear”.

On Twitter, many people are comparing the removal of the video as being no different than book burning in its modern form. The hashtag #BookBurning has spiked online, with people suggesting that YouTube is utilizing modern forms of censorship to hide people’s opinions and views. Another term that’s used is “Cyber Book Burning”.

Another hashtag that’s gaining traction is #Plandemic – a play on the words “planned” and “pandemic”. Without doubt, there’s a whole lot of distrust for governments right now. And to make things more confusing, US billionaire Bill Gates is getting heavily involved – his foundation currently provides 9.8% of total funding for the World Health Organization. If we all remember correctly, Gates’ company Microsoft was discovered to be heavily involved in the leaked PRISM Surveillance Program back in 2012, where Microsoft was granting server access, encrypted (backdoor) access, to the National Security Agency (NSA). Now Bill Gates is getting heavily involved with the vaccine for Covid19.

All of this is happening at a time when starvation concerns are increasing during lockdowns, governments are heavily manipulating their numbers (up in some countries, down in others) and everyone’s fearful of infection of the virus.

Here’s the censored video that was removed from Vimeo (too):

You can see the video on NewTube.App – a new video sharing website that supports free speech. Please support technology companies that fight censorship.

I also added these two doctors to my ongoing list of controversial doctors that are currently fighting Covid19. The list of covid19 doctors is surprisingly long and continues to grow.

So what do you think? Was it reasonable for YouTube to remove this video or was it an overreaction?