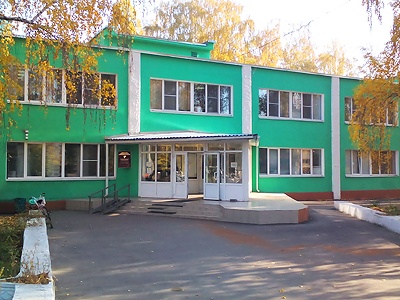 Three of Russia’s frontline Covid-19 Doctors have “fallen out of the window” over the past two weeks. Two of the doctors died. One remains hospitalized with serious injuries. The 3 Coronavirus doctors are raising questions among Russians about why this has happened three times in such a short amount of time.

Here are is a table with details regarding the three doctors:

Alexander Kosyakin, a paramedic that had worked with Dr Alexander Shulepov, was seen in a video that both doctors published, both complaining about having inadequate protective equipment while dealing with infected patients. Dr Shulepov had contracted Coronavirus on the same day that they published the video. After publishing the video, he was reprimanded by Russian Police for publishing “fake news”. He then posted a second video apologizing, although it’s possible that he did so under pressure.

I haven’t added these doctors to my ongoing list of controversial coronavirus doctors, although I will as information materializes about their cases.

The Windows They “Fell” From

Trying to even find pictures of the hospitals was nearly impossible. “Novokosinskaya”, the place where Dr. Alexander Shulepov fell from a hospital window, is apparently spelled differently when translated to English. So, I had to find the name in Russian. Ugg. Thanks to Google Translation, I was able to figure out what I needed to search for:

After copying/pasting the text above, I was able to find articles in Russian. I then had to translate those entire articles back into English to understand what the articles were even talking about. Then, slowly I was able to isolate the name of the hospitals (in Russian) to find pictures of them online. Finally, when I translated the Russian words back into english, I was able to confirm that I had identified the best words to search for the hospital pictures:

Here is the link to the Yandex page if you want to see it. This is the hospital that Alexander Shulepov fell from the windows.

Apparently they do have big windows that can open up.

Here’s the Russian words that I discovered in Google Translate for the second hospital that Elena Nepomnyashchaya fell from: “Красноярского краевого госпиталя для ветеранов войн”. Apparently that means “Krasnoyarsk Krai Hospital for War Veterans” in English. Here’s the hospital that I found in a Google search.

You can see that it also has big windows. That certainly answered my question about the windows. But the next question is…why did the fall?

I couldn’t find a photo of the last Hospital. Apparently it’s a Cosmonaut Training Center, which is federal property. I assume that’s why it’s difficult to find photos.

All three of the Doctors previously complained about having insufficient equipment to protect them from the Coronavirus while helping patients. Personal Protective Equipment, or “PPE” for short, is important in guaranteeing the safety of health workers.

The Doctor that survived, Dr Alexander Shulepov, could provide answers to exactly how this happened. I’m curious to how things will materialize in the coming months after he heals.

To me, it seems unlikely that these were accidents. However, it’s possible. These are older buildings. Maybe the reason is that these Doctors are just under a tremendous amount of pressure? They certainly are under pressure, but I’m not sure if that’s the reason. There could be more at play here.