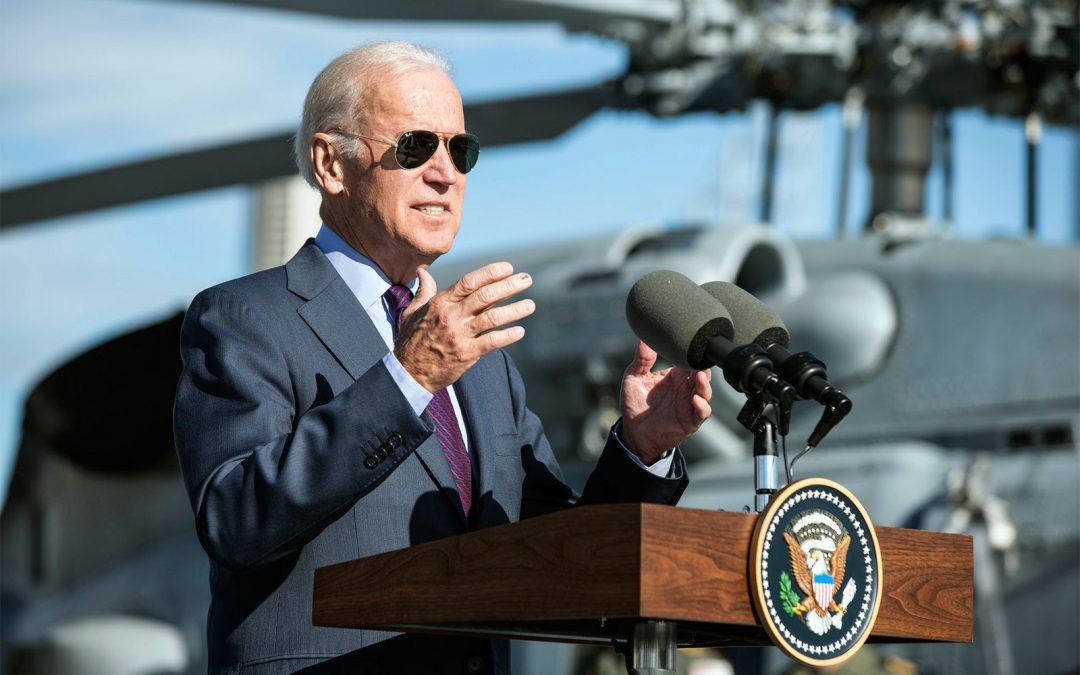 Washington DC will be flooded with between 20,000 and 25,000 soldiers from the National Guard, which makes Joe Biden the most protected incoming President in recent American history. And that may be a reasonable but it would be wrong to say that something doesn’t seem amiss.

Militarization of US Presidential inaugurations is a new chapter of American politics.

If you take a step back and look at the broader picture of what’s going on in Washington DC, it’s increasingly authoritarian. Soldiers are everywhere. Security is high. Lockdown measures are in place. There’s a curfew. Public gatherings aren’t permitted.

Whether you like Trump or like Biden, or don’t particularly like either, an increased military presence feels justifiable from either perspective. Biden supporters agree with securing DC, as a way to secure Biden’s inauguration. On the other side Trump may have achieved his own benefit from bringing in soldiers.

And now, the FBI is verifying the loyalty of each National Guardsman, for fears of an internal takeover. These circumstances in Washington DC right now feel very much prone to a coup taking place.

After MAGA, BLM and Antifa stormed the Capitol building two weeks ago, security has been vamped up to unprecedented levels. On Joe Biden’s inauguration day there will be 25,000 troops from the National Guard in Washington DC.

The FBI is concerned that insiders in the military could push back against the transfer of power, stage an insurrection, or even assist in a coup attempt. To prevent that, the FBI is vetting each soldier.

But that decision is rather awkward. Vetting soldiers is an imperfect process. Soldiers are humans. Their loyalty is to the constitution and to the American people, not to one President or another. Therefore, vetting the soldiers in these circumstances has dark undertones, which makes a statement much more than the current circumstances alone. The necessity of the FBI to ensure that there won’t be an uprising from within, is leading a lot of American’s to ask questions.

Believe it or not, there was once a time when loyalty of United States soldiers wasn’t a concern. Soldiers, like all Americans, had a higher degree of confidence in elections and the US political system in general.

The source of all of the political instability in the United States goes back to unresolved concerns about election integrity. While no nationally-widespread voter fraud has yet been discovered, there was certainly large instances of voter fraud that were discovered in individual counties across the United States.

Worse, in Georgia, an important swing state during the 2020 election, the Governor refused to release election ballot records for accuracy verification. Although the Georgia Governor probably has the right to withhold ballot data from investigators, he certainly didn’t do any favors to build confidence in Americans about the election.

Some people blame election doubts on Trump, perhaps fairly – but Trump’s got a point. He received the most votes of any sitting President in history. Few people even liked Joe Biden until Bernie Sanders and Elizabeth Warren were conspicuously knocked out of the Democratic primaries…yet somehow Biden got more votes than Barrack Obama. And maybe he did. But the point is, transparent and conclusive investigations were never permitted to be carried out.

Sure, silence half the country on that issue if you wish. But doing so is exactly what got us in this mess. Similar to the 2016 elections with the left, conservatives will not have confidence in the 2020 elections until a thorough and non-partisan investigation is performed.

The Mainstream news media and social media are attempting to re-write history as we speak, deleting conservative social media accounts and removing any bit of information they once shared about election/ballot “inaccuracies”.

While the MSM is an ongoing propaganda machine right now, American’s are paying close attention. CNN has lost so much credibility during the 2020 election that they’re pulling their network from exclusively showing in US airports nationwide. Of course, CNN cites covid as the reason for the drastic change, certainly a mask for the recent investigations of CNN’s influence over airports and the recent push to remove them from airports. CNN was paying up to a minimum guarantee of $150,000 annually per airport – if they had covid concerns, they could have just re-negotiated their contract. But something tells me they would have been outbid – not many people like CNN these days.

The FBI wouldn’t be concerned about soldiers’ loyalty if soldier confidence in election integrity was high. But half the country, namely conservatives (which also includes the majority of the military) aren’t confident that the 2020 election was completely legitimate.

So now, the federal government is playing this new game of verifying the loyalty of soldiers, hoping that nobody’s planning to stick a dagger in their back. This sounds like a terrible long-term game plan. Using authoritarian means to ensure compliance always backfires in the long term. This will only contribute to further destabilizing the United States. Most American’s are convinced the ship is sinking to some degree.

The United States is more divided than it’s ever been. It’s only seems fit to hide the elephant in the room by choosing the inauguration theme “America United”.

Biden, of course, would like nothing more than to put 2020’s messy election in the past and unite the country while he’s in power. That would be excellent for his administration, considering the violence of 2020 perpetrated by BLM/Antifa groups, which burned down entire blocks of cities nationwide. Then there’s the attacks against MAGA supporters. There’s the Capitol Building fiasco of 2021 and, of course, the second impeachment of Trump for “incitement of insurrection” after Trump called for peace on more than one occasion.

And finally, there’s the ignored election concerns. Those concerns were never heard, nor taken seriously, seemingly intentionally in order to snub half the country’s voter base.

So, what unity? Unity involves reasonable treatment and tolerance of opposing political parties. Anyone would be be dishonest if they claimed the left was reasonable and tolerant towards Trump.

To make matters worse, many conservatives saw their leader mocked and berated for the past 4 years, by the mainstream news media and by the political left, including Nancy Pelosi.

Conservatives will have a difficult time forgetting the historic moment in early 2020 that Nancy Pelosi shredded President Trump’s speech on national television.

Nanci Pelosi’s behavior was also called into question recently when she quietly spoke to the Pentagon and attempted to remove Trump’s Presidential authority prior to Biden’s presidential inauguration:

Speaker Nancy Pelosi of California on Friday took the unprecedented step of asking the chairman of the Joint Chiefs of Staff about “available precautions” to prevent President Trump from initiating military action abroad or using his sole authority to launch nuclear weapons in the last days of his term.

In a phone call to the chairman, Gen. Mark A. Milley, Ms. Pelosi appeared to be seeking to have the Pentagon leadership essentially remove Mr. Trump from his authorities as the commander in chief.

This is an attempted coup, by definition. A political opponent (Pelosi) asking the Joint Chiefs of Staff to deny the President his rightful authority to initiate military action, is a coup. Pelosi referred to Trump as an “unhinged president”, but regardless of whether you like him or not, using one’s political power to sidestep formal procedure and attempt to take his lawfully granted powers away is precisely a coup.

Granted, the Pelosi’s coup failed and the mainstream media downplayed it, of course.

So, How Could A Coup Take Place?

It’s uncertain if there is a coup underway. Aside from Pelosi’s mini-attempted coup, nobody can say for certain if a larger coup is underway. The transfer of power, Biden’s inauguration, happens tomorrow.

The conditions in Washington DC are ripe for a coup to take place: Massive numbers of soldiers, soldier loyalty in question, the constitution under pressure, election integrity potentially compromised, national monuments closed to the public, temporary restrictions on travel, the list goes on. Additionally, armed protesters are making their way to state capitols around the country.

Looking at Trump, if he wishes to retain Presidential powers beyond his lawfully granted term, then he could stage a coup given the conditions. However, no actions that the President has taken yet has resulted in an attempted coup.

Looking at Biden, if widespread election fraud did happen (we might never know), then the attempted-coup originated from the powerful influence of the left-of-center mainstream media, influencing Biden supporters and Dominion voting machines to implement disbursed election fraud and then stifling investigations into election fraud.

As Trump’s final “hoorah”, he’s expected to pardon up to 100 people, potentially including Julian Assange. Numerous voices worldwide continue calling for the pardon of Assange.

In the end, we can only wait to see what happens. Americans are accustomed to being in the dark recently, so we’ve all learned to expect the unexpected without conclusive resolution to any events that happen.