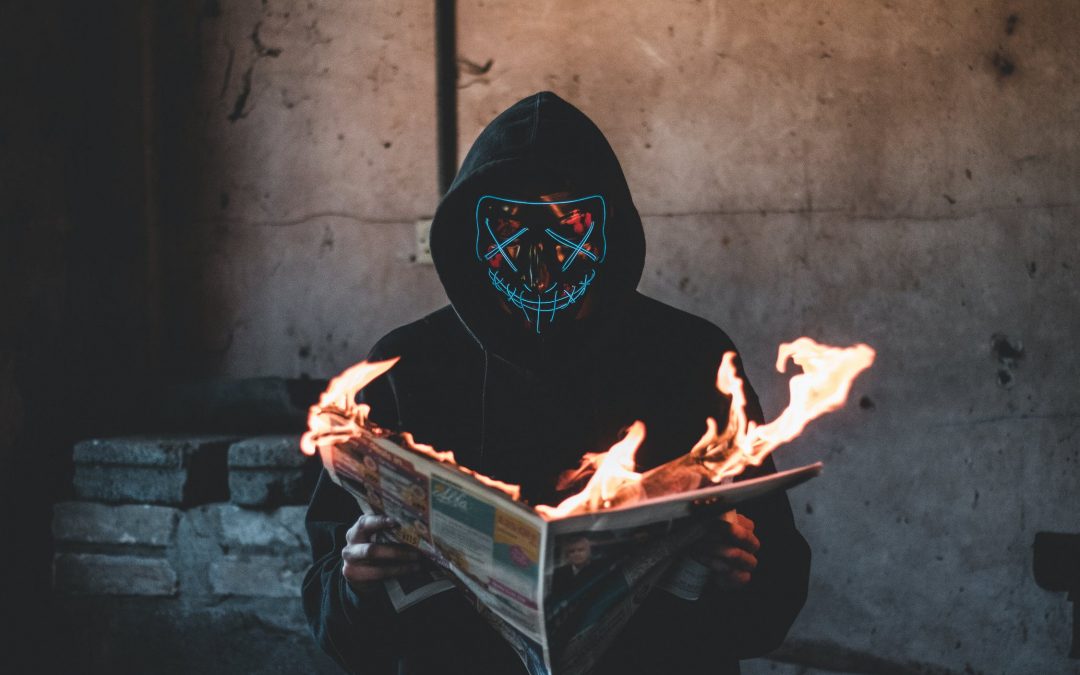 During the USA’s 2020 Presidential Elections, the word “Coup” started getting thrown around a lot. And the word Coup is being used on both sides of the political spectrum, while people express their frustration about the unresolved general election.

Politics has gotten hairy in the United States. And all of the noise is making it all the more confusing.

Living in Latin America, I’ve seen my fair share of discussions about coups – namely those in Central and South America. But I was fairly surprised to see the term so casually used by mainstream news in the United States. So I decided to take a closer look to understand where this is all coming from.

What is a coup? And how did we get here?

A “Coup”, which refers to coup d’état in political conversation and military takeovers, is an illegal and unconstitutional seizure of power by a political faction, the military, or a dictator. There are different types of coups, but they generally have the same underlying principle…taking power by force.

The use of the word “coup” in regards to US politics is relatively new to the United States. Certainly it’s not a new idea within itself, coups have been happening perhaps for as long as humans have organized into tribal groups. But in the United States, Americans are being exposed to this new term more frequently recently.

The word is particularly known in the United States to be synonymous with political activity in Central America and South America, although it’s certainly not limited to those regions. When we think of Coup, we often think of Fidel Castro, Augusto Pinochet, or CIA meddling in Latin American affairs and installed political leaders.

The national news media in the United States has been blasting this term more and more frequently. It’s new for it to be applied to the United States, itself. One online search for the term “United States Coup” and you’ll be quickly overwhelmed with articles from the major news organizations.

The Atlantic: How Trump Could Attempt a Coup
New Yorker: William Barr Can Stop Donald Trump’s Attempted Coup
Vox: Trump is attempting a coup in plain sight
Guardian: Can Trump actually stage a coup and stay in office for a second term?
Washington Post: Opinion – Thank goodness Trump is too incompetent to properly organize a coup
CNN News: Opinion – Donald Trump and Steve Bannon’s coup in the making

It feels as if something is “off” a little bit with the mainstream news. If it isn’t clear that a new narrative is being created by someone in high places, it should be. Not only is the mainstream news quick to demonstrate their support for one candidate, but they’re actively going to new extremes to denigrate President Trump.

Call him a bully, unpresidential, brash, selfish. Ok. We get it. His behavior may resemble those traits. He’s a New Yorker. But at which point is it unjustified to bully the supposed bully, especially to the extent of being dishonest about him? Secondly, this is the United States we’re talking about. There are laws and constitutional order.

Power can't be taken or asserted, it flows from the people, and it's their will that determines who will be the President of the United States.

Dictators take and assert power – by force. That is essentially the dictionary definition of a dictator. That’s how coups work. So, apparently Joe missed the memo that his mainstream media cheerleaders are doing his dirty work to spread fears of a coup in the United States.

It feels like a snake-oil salesman telling us that he’s “not in it for the money, but anyone else selling snake oil is a crook“. Yeah, right.

The United States Or What?

The United States is a developed country, with significant infrastructure, a rather successful middle class, and legal systems that generally tends to work to some degree, although granted, that’s not always the case. If you haven’t lived abroad, especially in a developing country, and tried to deal with any government office, you might be in for a surprise – everything is much more difficult. Living and traveling abroad, I can tell you that the United States has a level of structure that permits things to flow and work much more free and conveniently. Undoubtedly there are problems, too, like anywhere.

Although a coup is hypothetically possible with any government, hearing the word coup used in reference to a developed nation, especially one of the largest nations in the world, sounds like a 1980’s Rambo movie.

When we think of the word coup, we often imagine poorer countries, banana republic-like nations that have sudden takeovers from internal and/or external political opponents. Conflicts like bloody civil wars come to mind. We imagine secret operatives working behind the scenes to influence, control, and even stifle political opinion.

I live in El Salvador, Central America’s smallest country. I moved here in 2018 after meeting my Salvadoran sweetheart on a backpacking trip and uniting with her family. We first lived in the suburbs of San Salvador and now live in humble conditions in the rural countryside.

El Salvador is a country that many would consider to be a banana republic. It’s poor. Infrastructure is broken. Getting anything done is of significant challenge. Politics is corrupt – not like…I misdirected some taxpayer money corrupt…more like, I hired gangs to harass my political opponents, looted the public coffers and escaped the country by bribing foreign border patrol agents. That level of corrupt.

If you want to read a relevant story, just read about Mauricio Funes, the past President of El Salvador that fled to Nicaragua with hundreds of thousands of dollars of public funds. He was granted asylum by Nicaragua’s President Daniel Ortega whom is part of the Sandinista party.

But I haven’t even gotten to the point of mentioning my experience in El Salvador.

I moved to El Salvador during the 2019 election year, when the new independent President of El Salvador, Nayib Bukele was elected. I even attended the election celebration. It was an amazing experience to witness the transfer of power from the old corrupt parties, to the new hope-inspiring party. But with time, inevitably deeper conflict rose.

President Nayib Bukele was up against the world’s most atrocious gangs, such as MS-13, which is known for ongoing violence, rape, disappearances, and being in the back pocket of corrupt politicians. Most people know about the MS-13 gang to some degree. It’s in the news frequently. Gore videos of beheadings can be found on various websites, which I will not link to here, for obvious reasons.

In order to fight gangs in the worlds most violent and corrupt country, President Bukele needed security support. He pushed for congressional funding to fight the gangs. All the while, the gangs were working with the presidents corrupt political opponents. Threats were common, disappearances of military and political personnel was common and murders were common.

You can read further in the two articles that I wrote while this was happening in El Salvador:

I never imagined these two articles would be important to today’s news.

Basically, during his high-stakes efforts to fight the gang violence, his opponents refused to vote. They intentionally ignored his pleas for support to fight the gangs. He pushed back. Salvadorans too, were angry at El Salvador’s congress. In exchange, his political opponents called him a dictator, claimed he was enforcing a coup, and then cried to Humans Rights organizations and embassy diplomats. It was all too easy for his opponents to claim that his actions were a coup.

But it gets even more interesting.

It’s a way to keep foreign leaders on a leash. And it works.

A quick look at WikiPedia and you’ll see how information is so easily skewed.

Notice the 2020 event listed. I was shocked to see this because I lived here and I witnessed this unraveling. This was absolutely not a coup. It was certainly a political scuffle, but a coup? Not even close.

Furthermore, WikiPedia was wrong on another page too:

“On 9 February, Bukele entered into the Blue Room by force, accompanied by military personnel, and sat in the chair of Assembly President Mario Ponce. The next day, the Supreme Court of El Salvador prohibited the President from calling the Legislative Assembly, also prohibited all public forces, including the Ministry of Defense, from exercising functions other than those allowed by the Constitution. Bukele expressed dissatisfaction with the order and stated that “the system protects itself”, but abided by the Supreme Court’s order.”

This is rather remarkably false. The statements made here are factually incorrect. Additionally, the title of it being a “political crisis” is misleading as well. He didn’t enter by force – military personnel didn’t arrive until later. And all of the chairs in the room were empty – so he sat at the front of the room with other leaders, while he waited for other politicians to arrive.

Additionally, as far as it being labeled as a political crisis – President Nayib Bukele has made tremendous strides to fight gang violence. The United States changed it’s travel advisory from a 3 to a 2, implying it’s a safer country due to Bukele’s efforts. (although, recently it’s a 3 again solely due to Covid). Murder rates have gone down.

Was asking for more money from corrupt politicians, to fight gangs, a “crisis”? The only people crying, were his political opponents that were busted hiring gangs in the first place. Both Arena (right-wing) and FLMN (left-wing) both have a long history of corruption. President Bukele had the support of the Salvadoran people.

WikiPedia writers need to slow down with the Rambo presuppositions.

One could argue that I could contact the Wikipedia editor and request a correction. Or I could become a WikiPedia contributor and make my own changes. Yes, I could and maybe I will. But this extends much further than WikiPedia. The point is to demonstrate the misrepresentations of the truth, which has become so mainstream. Information is becoming so manipulated and twisted.

So, is there a coup happening in the United States?

Are we seeing Trump or Biden summoning military forces in the United States and forcing political opponents to be arrested? No. Has anyone broken the laws of the constitution or attempted to dismantle the constitution? No.

I lean heavily towards “no” on all accounts. What we are seeing is over-sensationalized fear mongering. The mainstream media is stirring up a lot of fear of something that is incredibly unlikely. Could President Trump or Joe Biden hypothetically attempt one? I mean, yes, any leader in the world could attempt a coup. The possibility always exists. But they would be crazy to try one and they haven’t given indication that they will.

President Donald Trump has a legal team, and perhaps hundreds of lawyers working in his administration. Joe Biden is even keeled and conservative in his decision making. Nowhere in the constitution does it permit the Executive Branch of the United States government to force a takeover of the country. In fact, the constitution was designed to prevent such things from happening.

Thank you for reading.