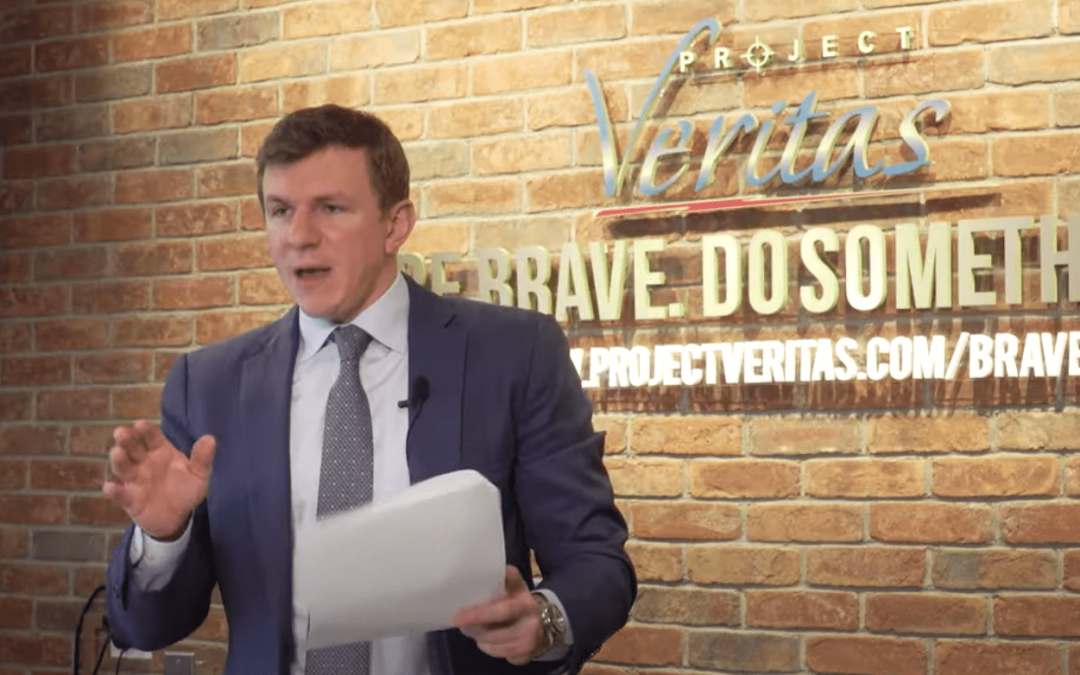 Project Veritas recently sued The New York Times for defamation after the Times published articles that claimed Project Veritas was “releasing misleading videos” and in what they called a “coordinated effort”.

O’Keefe is known to be very public about lawsuits that Project Veritas is involved with and he’s made it clear that this lawsuit will be no different. His activist group made headlines recently for exposing a PBS lawyer that said he would “Go to the White House and throw Molotov cocktails” if Donald Trump won re-election. That lawyer resigned from PBS shortly afterwards.

Yesterday evening, James O’Keefe published a video that laid out the shameful motion submitted by the New York Times legal team. The video received more than 68,000 views in its first hour of being published.

In the motion to dismiss filing by the New York Times general counsel, they wrote the following about Project Veritas:

The four NYTimes lawyers listed in the motion are Joel Kurtzber, Dana Green, Tobin Raju and David McCraw. It’s unclear why The New York Times Wikipedia citation was necessary at all – certainly these lawyers are well versed on what Wikipedia is.

In another bafflingly poor citation, the New York Times points to the Google search results number that is visible when performing a typical Google search:

“A simple Google search for ‘Project Veritas and deceptively edited videos,’ for example, yields about 166,000 matches.”

If you’re unclear about what the NYTimes is referring to, simply go to Google.com and perform any search. Google shows the number of results found by the search engine. Yes, that’s how shoddy the New York Times legal filing is.

In James O’Keefe’s entertaining response to this poor argument, he responds “Ok, two can play at that game” and quickly demonstrates that a simple Google search for “New York Times lies” generates hundreds of millions of search results.

A quick Google search yielded about 405 million results for me:

Any common internet user will tell you that Google results are not an accurate measure of very much – certainly not in the way that they’re using it. Perhaps the lawyers are preying on the naivety of non-savvy internet users to push this argument. Fortunately, mostly everyone alive knows not to rely on Wikipedia and irrelevant Google search results – what truly matters are reliable citations and relevant search results.

“But even an extreme departure from professional standards does not establish actual malice.”

This references the Biro v. Condé Nast defamation lawsuit of 2013. And while malice is yet to be determined in the Project Veritas suit, one might conclude from this citation that The New York Times is admitting, to some degree, that they had departed from professional standards.

O’Keefe goes on to quote George Orwell’s book 1984, in which Orwell discusses newspeak and doublethink. And in truth, over recent years the New York Times has been portraying behavior that gives some support to that assertion. Bari Weiss, who resigned from the Times, argued that ideology is ruining the organization.

James O’Keefe is committed to publicizing this lawsuit against the New York Times. He said the following to his YouTube audience:

“By the way, this lawsuit is going to cost us so much money, probably more than a million dollars. But we’re going to take you through every single motion. We’re going to show you every ludicrous argument, every doublethink statement, every absurdity, every logical fallacy. We’re not going let Democracy die in darkness.”

“And mark my words, right now, as we speak, we have insiders coming to us – from your organization, from other media organizations, and from every big tech company. It’s going to be like the Fourth of July all throughout 2021.”

You’ve got to hand it to him, James O’Keefe is committed to this lawsuit. He promises that he won’t settle. The mounting publicity is already bad for the New York Times, and it could get much worse. The New York Times Wikipedia citation alone certainly makes it seem like they’re grasping at straws to make this lawsuit go away.