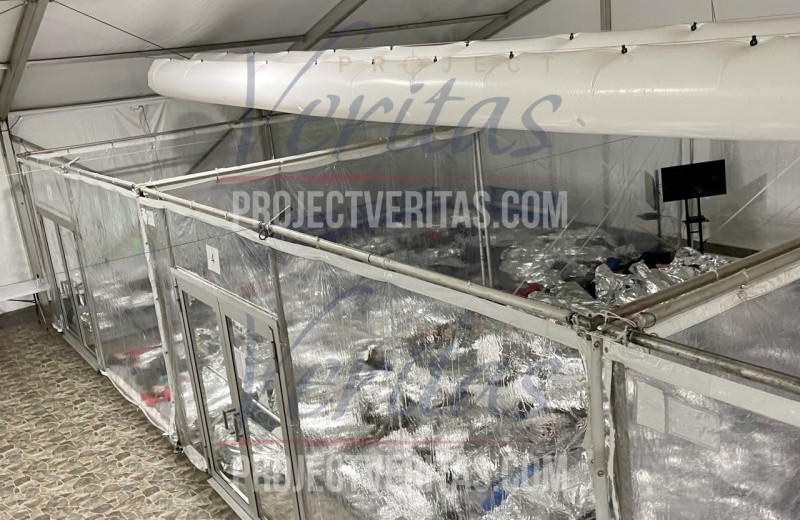 The humanitarian crisis is getting out of control at the southern border again thanks to sitting President Joe Biden.

Last month in February, more than 100,000 migrants attempted to cross the US border illegally. The number of border crossings are increasing so sharply that the United States is “on pace to encounter more individuals on the southwest border than we have in the last 20 years” according to DHS secretary Alejandro Mayorkas.

The expectation Biden set was clear when Honduran migrants publicly said “Biden is going to help all of us“. Unfortunately, Biden has backtracked more than once in his promises to migrants.

I previously wrote about the Honduran caravans of thousands of migrants that were walking more than 1,000 kilometers, through dangerous conditions, just to collect on Joe Biden’s promises at the United States Mexico border. Those caravans were viciously beaten by Guatemala’s police forces.

In a desperate attempt to cover up Biden’s growing border crisis, the Biden Administration has issued a verbal gag-order to silence U.S. Customs and Border Protection from speaking to the press.

In a remarkable move towards truly authoritarian and dictatorial-style leadership, the Biden Administration has forced border patrol agents to remain silent on what’s happening at the southern border.

Border Patrol agents have been instructed to deny all media ride-alongs, while even local media are instructed to direct questions to CBP’s Washington, D.C., office.

Didn’t someone once say that “Democracy Dies In Darkness?” Surely this time it’s different. Democracy succeeds under Biden when journalists are kept in the dark, right?

This comes after Joe Biden privately demanded that Guatemala and Mexico block caravans. Instead of finalizing the construction of Trump’s border wall, Biden is quietly advising Mexican and Guatemalan authorities to stop the flow of migrants towards the United States border.

The fact that news media has been cut-off from communicating with border agents is leading journalists to take more extreme measures to find out exactly whats going on in these Border Facilities. James O’Keefe of Project Veritas recently contracted a private plane to fly over border facilities and record his findings:

Media outlets have requested pictures from inside Border Patrol detention facilities, but they’re being denied access to take photos. When asked why, Jen Psaki of Biden’s Administration stumbled over her explanation:

In case you were unaware, “transparency” doesn’t usually involve placing severe restrictions on press access, nor preventing photographs from being taken. Psaki knows that already, yet she blamed Covid and privacy.

Fortunately, James O’Keefe’s expert journalism was able to secure photos of inside of the facilities. The kids can be seen together in metal foil blankets sleeping on the floor. Worse, the facilities appear to be constructed of plastic cages. Some are referring these plastic cages as “kids in containers”.

‘Kids in Cages’ Triple Under Biden

The number of children being detained is rising sharply. Some report the number at about 4,000 migrant children, while others have reported the number to be as high as 13,000. Regardless, this number is staggeringly high relative to the number that were being detained under Trump’s administration.

The Biden administration is absolutely failing at managing the border humanely:

“That is, the Biden administration is housing migrant teens in some of the very same facilities they decried. It’s not really ‘kids in cages’ — or even ‘kids in containers,’ as critics have said of the pod-like structures in Carrizo Springs, Texas, holding up to 700 teens the White House says came to the country unaccompanied.”

Biden’s ‘kids in cages’ prove his hypocrisy on immigration

The border crisis is already out of control. President Joe Biden even had to backtrack and re-open an overflow facility in Homestead, Florida – the same facility that Trump closed due to political pressure. But of course, the mainstream media is giving Biden a pass. Biden’s racism and bigotry are going completely unnoticed because the corporate news is intentionally ignoring the fiasco.

Biden’s poor public management has resulted in the disappearance of hundreds of migrants. Migrant children are being sold to human traffickers. Cartel activity is flourishing in Mexico due to Biden’s shortsighted policies. Human trafficking and drug trafficking are big business for cartels in Mexico. As more migrants flee their home country to go to the United States, they’re being forced into dangerous situations by cartels.

Many Democrats, whom once supported Joe Biden, are now referring to Biden’s policies as “heartless” and “racist”. At least under former president Donald Trump there was no incentive for migrants to risk their lives by getting swept up by cartels and being human trafficked. Now that threat exists more than ever.

Jen Psaki did her best to defend President Joe Biden’s stance on immigration at the Mexican border, but she could only lend him a lifeline for so long. After months of referring to the border situation as “challenges”, she’s finally changing her stance.

Jen Psaki herself is no longer calling the issue a “challenge” and she’s now referring to it as a “crisis”.

It wasn’t a crisis when President Donald Trump was in office. Nobody would risk their lives to cross the desert because they knew the border was closed. Now it’s significantly more dangerous.

Biden’s self-proclaimed “nice guy” stance of the Mexican border, which clearly have brutal and life-threatening consequences to migrants, are spiraling out of control. Last I checked, “nice guys” generally don’t set false expectations and then fail to deliver on their promises.

When former President Donald Trump was in office, Democrats claimed that Donald Trump was putting “kids in cages” and said that the children were herded like animals. Now they’ve given the same cages a much friendlier name “Safe Detention Facilities”. Sometimes they’re called “Detention Centers” or “Border Shelters”.

During 2020, in an unexpected plot twist of the Presidential Debates, the public learned that those “cages” were actually constructed by Barrack Obama and Vice President Joe Biden, long before Trump was even a politician.