Joe Biden Backtracks On Asylum Seekers: “Don’t come, you won’t get in immediately”. 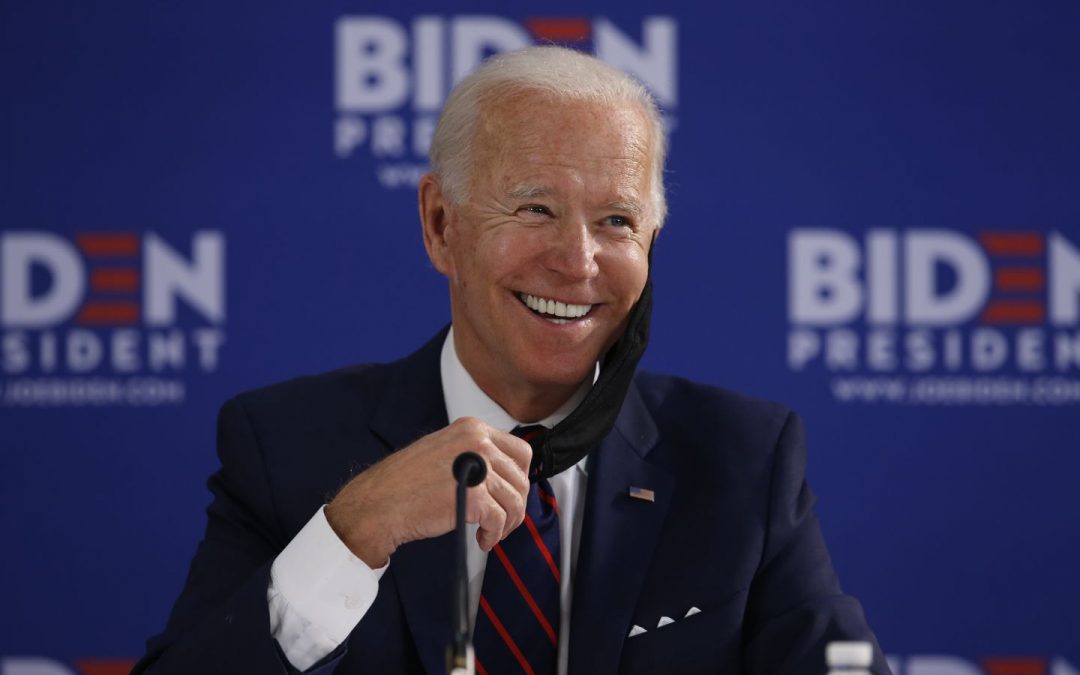 President-Elect Joe Biden is already changing his tune about the treatment of asylum seekers that hope to enter the United States. As thousands of Honduran migrants flee their home country, the migrants are facing significant challenges along the way. Worse, Biden is crushing their hope of the fair treatment that he promised pre-election.

Just yesterday, Guatemala’s government detained thousands of refugees that are fleeing Honduras’s unfavorable conditions in order to collect on promises that were previously made by Joe Biden. During the fierce political battle between Biden and Trump, Biden had made promised favorable conditions to asylum seekers, claiming that he’ll be more fair and respectful.

Unfortunately for Joe Biden, desperate migrants are aiming to cash-in on his promises during the first days of his administration. Thousands of migrants have already left Honduras and are making their way through Guatemala and Mexico right now, just in time for the new Biden Presidency.

Recently, more and more video footage of the migrants is coming to light. In addition to the YouTube video that I previously wrote about, more video has been posted on Twitter, demonstrating the desperation of the migrant caravan. Furthermore, it shows their willingness to put themselves in harms way just to pass Guatemala’s police forces.

Sometimes the caravan succeeds and sometimes it loses, as is shown here:

Police in Guatemala are increasing their security forces and utilizing tear gas to disburse the crowds.

What they’re running from is a broken country. Honduras was recently ravaged by two Category 4 hurricanes that left food and water shortages, destroyed properties, displaced families and saw an increase in violence. Furthermore, the country’s President Juan Orlando Hernández has come under fire for not doing enough in the wake of the recent disasters.

It appears that video’s like this are giving the Biden Administration cold feet.

In a recent interview with NBC, a spokesperson for the Biden Administration said:

“We have to provide a message that help and hope is on the way, but coming right now does not make sense for their own safety…while we put into place processes that they may be able to access in the future”

This is a fantastically confusing message from the Biden administration. These people don’t just need a “message”. It appears that Biden’s team doesn’t understand the desperate conditions. Imagine being cold and hungry, with no money and hearing this hopeless message, essentially being told that Biden’s original promises were essentially hot air.

And it’s consistent, to some degree, with Biden’s other messages. On the Biden website, he writes “the Northern Triangle countries–are strong, secure, and capable of delivering futures of opportunity for their own people” and “the Biden approach reduced violence and helped to ensure that families and children remained in their home countries“.

So, Biden’s goal was always to keep migrants in their own countries. And while that’s arguably a good thing, what’s uncertain is why Biden is giving mixed signals to asylum seekers now – after he already made numerous promises.

So Joe – When Can Asylum Seekers Expect To Get In?

In another statement, Biden’s team simply addressed the migrant caravans by saying. “Don’t come”. These mixed signals are rather confusing – that’s certainly not the message that Biden put forth when he was running for election.

Regardless of Biden’s change of heart, many Hondurans remain hopeful and committed to their trip to the United States. The caravans continue growing in size as they push forward one kilometer at a time.

But when can they expect to get in?

The question one can’t bear to ignore is “Even if they won’t get in immediately, when can they reasonably expect to get in?” In other words – how long will these refugees need to wait at the United States border until they’re permitted entry?

“In the meantime, the journey to the United States remains extraordinarily dangerous, and those in the region should not believe anyone peddling the lie that our border will be open to everyone next month“

Wonderful, so now thousands of migrants will be stranded at the USA-Mexico Border at least until February. Biden’s failure to set expectations properly is resulting in broken hearts and cruel circumstances for migrants. Shameful.

Insight From An Expat In El Salvador

Living in Central America, I worry that Joe Biden is exacerbating these unstable conditions. Honduras has a close relationship with El Salvador, the country which I currently reside. Creating false hopes among asylum seekers is a dangerous and cruel game to play.

Claiming “We will help you some day in the future” is irresponsible, especially while the MSM can’t help but publish cute stories about how Kamala Harris’s corporate-produced Converse sneakers somehow make a statement that “she’s down to earth”.

If Donald Trump wore Chuck Taylors, would he suddenly be down to earth? Interesting.

The mainstream news has been talking about Kamala’s Converse sneakers since August of last year. I guess we’re suppose to think she’s great. As we know, pandering is much more romantic than following through with promises made to migrants. Either help these devastated migrants NOW or stop stringing them along.

People in Honduras are leaving their country with inflated hopes – expectations that the United States will now welcome asylum seekers with open arms and within reasonable timeframes.

Unfortunately, Joe Biden is already attempting to change expectations, slowly taking back his promises, which is entirely unfair to these asylum seekers and latino voters.

The vast majority of mainstream news organizations are on the side of Joe Biden, so we can expect this issue to get quietly brushed under the carpet and downplayed over the next four years. However, I’m hopeful that Biden will handle the situation fairly for both the migrants and Americans alike. It’s a delicate balance, but leaving thousands of migrants trapped in squalor conditions isn’t the answer, especially after making promises.

My heart goes out to the migrants that are seeking a better life and facing tough conditions – Dios te bendiga!