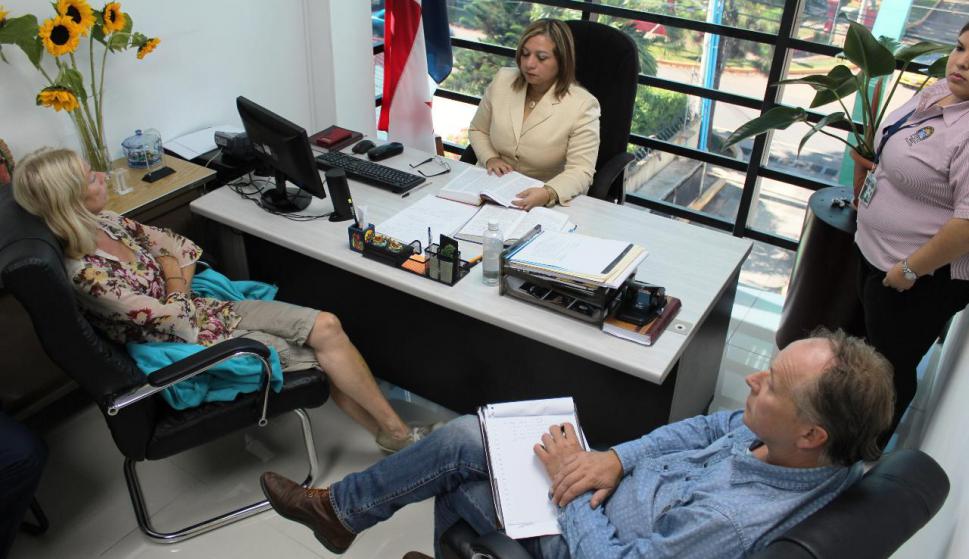 Partially revised September 21, 2022. This article is old and needs further revision and references.

This is a comprehensive list of the people involved regarding the disappearance case of Kris Kremers and Lisanne Froon, the two dutch women that disappeared in Panama in 2014. All of this information was gathered from various sources online.

I’ve organized this list to be a reference for people that are interested in learning about the case. For more of my in-depth articles about the case, visit: Kris Kremers And Lisanne Froon Case Articles

Kris Kremers – 21 years old. 167 cm. Studied cultural social education and planned to study art history. She travelled to Peru in the past. Extroverted, cheerful, intelligent and outspoken. Carried an iPhone 4.

Both girls worked together in cafe/restaurant ‘In den Kleinen Hap’ in Amersfoort, Netherlands before their trip to Panama.

Both girls were from the Natherlands (Dutch) and disappeared in Boquete, Panama on April 1, 2014. Their body remains were found the following months, on the Serpent River, north of Boquete, Panama.

Humberto Mas – Director of the IMELCF.

Diomedes Trejos – Head of IMELCF. Said that among the group of bone remains recovered by a group of indigenous people, there were bones corresponding to cattle, pigs, one of the radius of the arm of an infant and a skull of a male. Source

Octavio Calderón – Criminologist on the case. He can be seen in this YouTube video. It’s unclear if he’s still alive because a man with a similar name “Octavio Calderón Batista” died in 2019 – his death was a mystery.

Ana Belfon – Attorney General of Panama (2013-2014) – Later admitted to having paid bribes to officials and individuals involved with Odebrecht (unrelated to the disappearance case). Interestingly, Odebrecht has done construction in Chiriquí province (where Boquete is). They also worked on the Remigio Rojas Irrigation Project by building a dam on the Chico River, and facilitate the sale of local farmer’s produce to the Netherlands.

Enrique Arrocha – The privately hired lawyer of the Kremers family.

Irma Mirando – Ngobe tribe woman that found the blue backpack in Alto Romero. She found the backpack next to the boulder on the bank of the river. Husband is Luis Atencio.

Feliciano Gonzalez – Local tour guide. He said: “Those girls could’ve been saved, if the SINAPROC people knew how to do their jobs.” He was one of the last people to see the girls before they went missing. He searched the girl’s hostel room after they went missing, then later he notified the police of their disappearance. Claimed that he saw vultures circling the region. Discovered the remains very far north on the Serpent River. Owns a farm in Alto Romero.

Henry Eliezer Gonzalez – First son of Feliciano Gonzalez. Potentially part of a youth gang. Frequents Bocas del Toro, where the two girls previously visited, prior to their trip to Boquete. He was overheard while he was drunk, saying unusual things about his encounter with the two girls that day, prior to the girl’s hike. He’s known to be interested in foreign women, a smooth talker. A lot of people online discussed his possible involvement, although no evidence directly points to him.

Chani Gonzalez – Second son of Feliciano Gonzalez. Potentially part of a youth gang. Not much is known about Chani.

Osman Valenzuela (nickname Piki) – Disappeared only 3 days after the girls went missing. Osman was later found dead from drowning in the Chiriquisito River. Was potentially part of a youth gang at one time. Later was discovered that he had met Kris and Lisanne. His body was found only 25 meters from the point where he was last seen. The river is located between the districts of Boquete and Gualaca. Rumors claim that there was no water found in his lungs and his body was found an an unnatural drowning position. To confuse matters further, in 2021 Betzaida Pittí confirmed that Osman had actually helped SINAPROC with the searches for Kris and Lisanne. Debunked: The “swimming” photo was discovered on his phone by police after his death (this is not true).

Jose Manuel Murgas – Worked with Osman (mentioned above). Killed a year later (2015) in a hit and run collision. Was potentially part of a youth gang. After he died, Henry Eliezer Gonzalez (mentioned above) wrote on Facebook that Jose was his “Little soul brother”. His body was found on the side of the road near Boquete to Dolega, near the entrance to the Caldera district, in the Boquete district, in Chiriquí.

Jorge Rivera Miranda – Friend of Henry Eliezer Gonzalez. On April 4th, 2015 he was found drowned in very shallow water. His body was found in the Grande Stream of the Dos Ríos community, in the Dolega district, in Chiriquí.

Heriberto Gonzalez – Man that may be involved in the disappearance of the two girls. Had conflict with the Sabroson Family.

Edwin Aguirre – Son of the Sabroson family. Had a quarrel with Heriberto Gonzalez publicly online. It’s uncertain if he went missing or just stopped posting on Facebook.

La banda ‘Los ND5′ – Gang of 5 people in the area at that time. Membership unknown.

Elvis Gonzalez – Discovered a white plastic bag on a trail that may have been from the two girls. The bag contained trash from food items and had the blue label of a local grocery store called Romero. The bag also contained a red shoe insole, that possibly matched the red and black boots of Lisanne Froon.

Ángel Palacio – Another local guide in the area that worked with Feliciano Gonzalez in finding the remains in the river.

Plinio Montenegro – Another local guide that claimed he saw the girls on the trail. Was a driver for “Mamallena” youth hostel. It’s possible he met Kris and Lisanne as they were leaving Bocas del Toro.

Laureano Bejerano – Another local guide that assisted with searching for the bones. Sometimes he goes by “Lauriano Del Cid”. Featured in March 2018 photos.

Leonardo Arturo González Mastinu – Taxi driver that originally brought the girls to the head of the trail. Later found drowned in the Estí river on March 3, 2015, just before the case was closed.

César Castillo – Climbing instructor that was in the area when Leonardo Arturo González drowned. He did not see the incident directly, but saw Leonardo’s floating corpse immediately afterwards. He said that there was no head trauma nor reason for him to have drowned. He believed Leonardo was murdered. Although unclear if it’s the same person, someone by the name of César Castillo was later found dead in a shaded tree area near Panama City on April 8th, 2018.

Eileen Witek – German woman that lived in Boquete. Worked for Feliciano Gonzalez and was an “assistant hotel manager”. She went with Feliciano to the girls hostel (where they were staying) on April 2nd, after they had failed to show up for their scheduled hike with Feliciano. Eileen assisted Feliciano in notifying the police about the disappearance. Soon after, she left Boquete and returned to Germany. It’s unknown how much she knows but it’s rather suspicious why she left Boquete so quickly.

Miriam Guerra – The host family of Kris Kremers and Lisanne Froon. The house was a place where international students stay in the town of Boquete, Panama.

Lee Zelter – Expat of Panama that helped interview locals. Was the owner of boqueteguide.com and started boquete.ning.com. He later past away from health complications after being released from the hospital.

Giovanni and Doris – Owners of Il Pianista Restaurant and owners of “Blue” the dog. Both stated that Blue followed the girls to the trail, although there’s no evidence showing the dog was with them. Giovanni is sicilian and Doris is from Panama.

Ingrid Lommers – Owner of Spanish Location, a language school located in the same region of Panama. Was involved in local investigations. She said “I believe a lot in Pedro’s story. I think they were there and returned to Boquete but how and with whom, and what happened… That is the question.“

Edwin Cornelis and Bas van Lieshout – Two dutch men that Kris and Lisanne met at a hostel. Both were interviewed when they were back in the Netherlands.

Adelita Coriat – Journalist of La Estrella that covered much of the case in Panama.

Eva Wiessing – Dutch reporter that travelled the trail with a guide after the disappearance. (link)

Dirk Janssen – Journalist in Panama that discussed the case publicly.

Jeremy Kryt – Journalist from The Daily Beast that covered many details of the case from the USA. Also visited Panama more than once to cover the disappearance.

Dr. Kathy Reichs – Anthropologist and author that analyzed the case. She said that there’s no reason why the bones wouldn’t display signs of animal scavenging.

Dr. Georgina Pacheco – Head of the Legal Medicine Department of Costa Rica. Compares the case to the disappearance of Cody Dial, an Alaskan man that disappeared in the Costa Rica rainforest, yet 90% of his skeleton was unbleached and fully intact.

Romain Casalta – Aspiring journalist from France that visited Panama to retrace the steps of the girls and writes for CamilleG‘s French blog. Romain received access to the autopsy reports, DNA reports and Dutch investigative report.

Scarlet – Writer and publisher of numerous articles and investigative videos. Link to blog.

Marja West and Jürgen Snoeren – Authors of the new book: “Lost In The Jungle: The Mysterious disappearance of Kris and Lisanne in Panama“. Marja wrote comments on our article.

This list of names covers the key people involved in the case of Kris Kremers and Lisanne Froon. It was difficult in some cases to find the first name and last name of the people involved. However, it’s necessary to publish these names in order to provide the public with the necessary information to perform their own research.

A precise timeline can be found here. It’s in Dutch, so translate it to your preferred language.

Panama’s government closed the case. However, the vast majority of the case remains a mystery. Therefore more answers will only be found if the public decides to contribute to the effort to find more answers.