4 Beers From El Salvador You Should Try 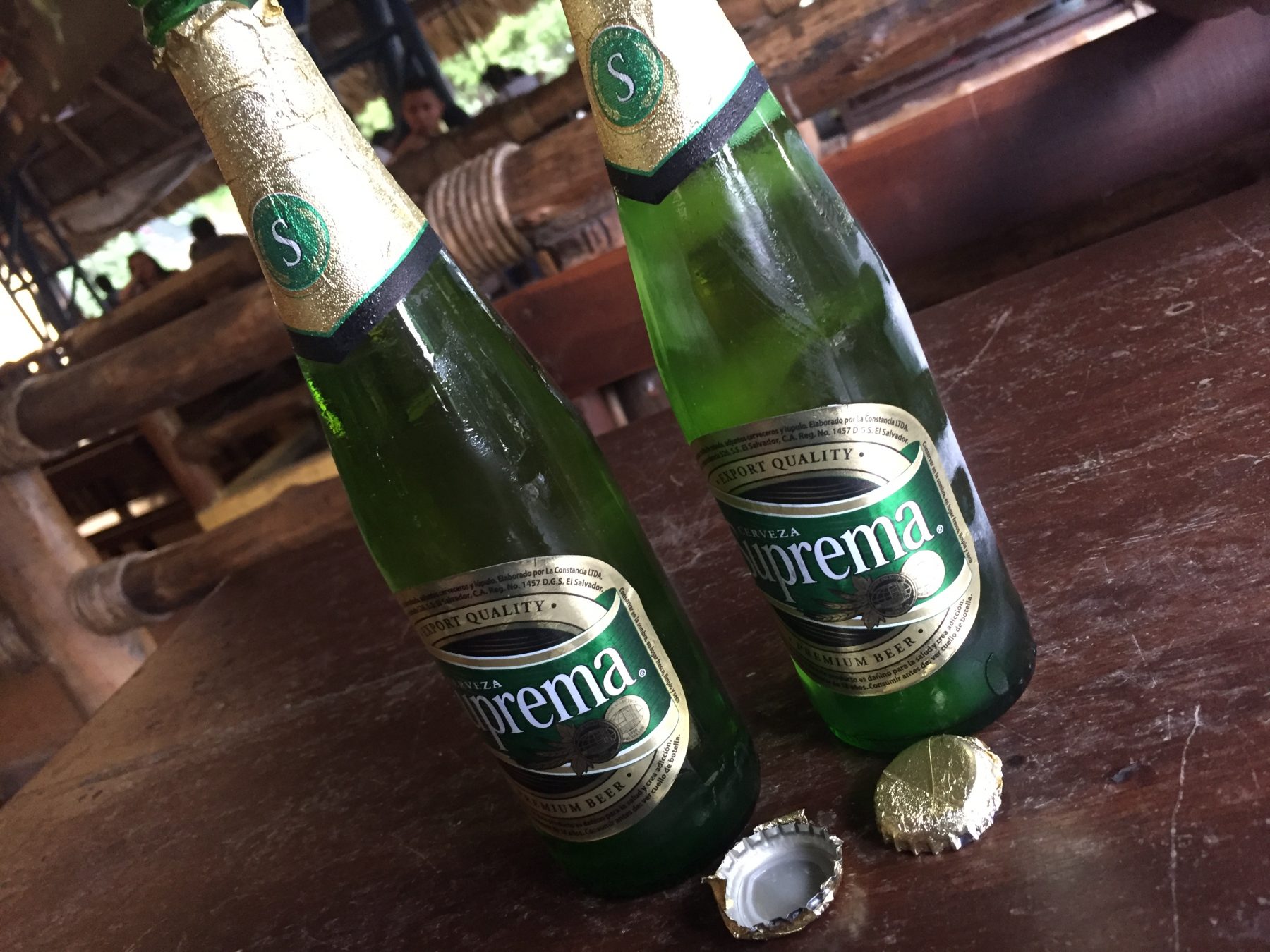 Beer is a competitive business in El Salvador, like anywhere. Additionally, there micro-breweries popping up all over the country, such as Cadejo. However, the purpose of this article is to discuss the national brands. The ones that the country is know for.

All four of these beers are quite enjoyable. We’ll start with number four:

Golden is like the Pabst Blue Ribbon of El Salvador. It tastes good enough, it’s inexpensive and it’s sure to be followed by some bad decisions. While you’d never say no to a beer, you might say no to a Golden if the person offering it to you is a drunk college student. They’re quite refreshing.

Taurino is similar to Budweiser Lager. It’s a medium body beer with a good lager flavor. It’s lighter than Sam Adams Lager which is common in Boston, Massachusetts where I’m originally from.

Taurino is decent. However…the next two are better tasting:

Pilsener is the most notable and most widely recognized in El Salvador. It’s the beer that has had the most success across the country. Pilsener beer is the perfect balance between a beer you’d drink in a tall beer glass on a fancy night out, and a beer you’d drink with your friends over a football game. They have a good flavor and a medium to light body.

Suprema is my number one, my favorite. It’s like a lighter version of Miller Highlife, which I also love. On a hot day or night, they’re easy to take a deep gulp to cool down. I’ve drank many of these on fun nights out with friends, nice dinners at home with my family, and also at nice restaurants over dinner. They are the perfect balance of light consistency and flavorful.

If You Visit, Be Sure To Try These 4 Beers From El Salvador

If you’re considering trying a beer from El Salvador, I recommend at least trying Pilsener. It’s the most well known beer in El Salvador. It’s not difficult to find in El Salvador. Second to that, I suggest Suprema. I think you’ll enjoy them.

Also, while visiting, be sure to indulge in some of the delicious foods of El Salvador, and try out the pupusas and horchata.

Feel free to send me any questions.