False: Dr Roger Hodkinson Did NOT Call Covid-19 a Hoax 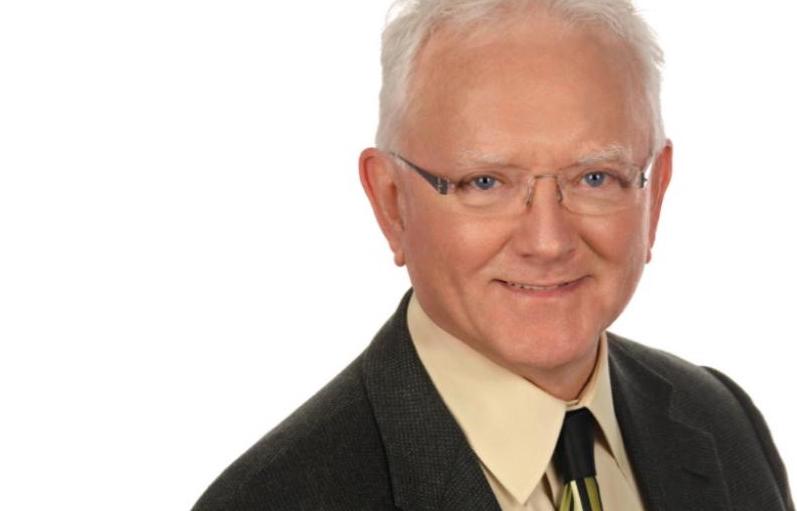 Doctor Roger Hodkinson is a pathologist, virologist and the Chairman of a biotechnology company in North Carolina that sells a Covid-19 test. He’s very knowledgable about the virus. He received his degree from Cambridge University in the UK. Doctor Hodkinson is a Canadian citizen and practices medicine in Alberta, Canada.

In a public statement, Dr Hodkinson the dangers of the political conversation and opportunism surrounding the virus. The hysteria and fear-mongering being generated from the virus are quite obvious at this point.

Upheavals and protests are happening worldwide as governments try to impose a second, longer round of lockdowns.

Dr Roger Hodkinson: This Hysteria Is a Hoax

Doctor Hodkinson notably made the following statement, which is now being attacked:

“The bottom line is simply this: there is utterly unfounded public hysteria driven by the media and politicians. It’s outrageous. This is the greatest hoax ever perpetrated on an unsuspecting public. There is absolutely nothing that can be done to contain this virus, other than protecting older more vulnerable people. It should be thought of nothing more than a bad flu season.”

“Masks are utterly useless. There is no evidence based for their effectiveness whatsoever. Paper masks and fabric masks are simply virtue signaling.”

“Social distancing is also useless because Covid is spread by aerosols which travel 30 meters or so before landing. Enclosures have had such terrible unintended consequences. Everywhere should be open tomorrow.“

“Using the provinces own statistics, the risk of death under 65 in this province is 1 in 300,000. You’ve got to get a grip on this. The scale of the response that you’re undertaking with no evidence for it is utterly ridiculous.”

You can see the full video on YouTube here. Be sure to fast forward to the time-mark 08:25:58 to save time (it’s a very long video). Also, you can read the full transcript here.

Listening to Dr Hodkinson speak it’s clear that he is well spoken, well informed, respectful to listeners, methodical in his statements and concerned for public health. He is an absolute champion on the issue.

But you’d never know this from watching the mainstream news. Again, like always recently, the mainstream news continues misrepresenting Doctors’ statements and attacking an esteemed doctor for simply warning the public. I’ve written a lot about Doctors being discredited by the mainstream media in the wake of the Covid pandemic.

Fact Checkers and mainstream news have missed the mark in this story, yet again. Many of them are claiming that Dr Hodkinson called the virus itself a hoax. That is utterly false (and it shows their complete bias on the issue). He never called the virus a hoax. He called the “unfounded public hysteria driven by the media and politicians“….a hoax. That is very different.

“Dr. Hodkinson is not the Chairman of the Royal College of Physicians and Surgeons of Canada, and his public comments do not align with the consensus of the medical community.”

That’s great Snopes, but Dr Hodkinson didn’t claim to currently be the Chairman of that organization. Listen to the audio and you’ll see that he never made that claim.

Perhaps others falsely mis-stated his words in their attempt to muddy the conversation, but Snopes abused the situation to attempt to discredit Dr Hodkinson. This is a game to twist and distort facts.

Secondly, Dr Hodkinson’s comments do align with consensus to a large degree, depending on which consensus you consider. I’ve written about dozens of doctors that disagree with the official narrative. I’ve also written a lot about how both China and the World Health Organization lied to the world.

If you look at APNews fact check on the issue – you can see that it’s also a mess: Pathologist falsely claims COVID-19 is a hoax, no worse than the flu

AP Press is typically more reputable than other fact-checking organizations. However, they misrepresented Dr Hodkinson’s statements. They also shamefully resorted to public statements from other officials, albeit the same officials that are generating hysteria about the virus, rather than verifying the truthfulness of the information with data. Again, the information these “fact checkers” share is not false, it’s just incomplete. This incompleteness is intentional. I’ve already written a lot about the tactics of the mainstream media.

The virus is a threat. Nobody is arguing against that. But the public hysteria and fear-mongering being perpetrated by politicians and the mainstream news is rather remarkable.

Another notable doctor was attacked recently for his statements on the issue. Dr Michael Yeadon had published an article on lockdownsceptics.org, called What SAGE Has Got Wrong. Dr Yeadon focussed his article about the inaccuracies of Sage Medical Research Journal, a well known and respected journal.

Dr Michael Yeadon was attacked after publishing numerous statements about a SAGE study, including the following:

“There were no clinical immunologists. No one who had a biology degree and a post-doctoral qualification in immunology. A few medics, sure. Several people from the humanities including sociologists, economists, psychologists and political theorists. No clinical immunologists. What there were in profusion – seven in total – were mathematicians. This comprised the modelling group. It is their output that has been responsible for torturing the population for the last seven months or so.“

You can imagine that criticism like this will certainly ruffle feathers. Furthermore, some fact checkers claimed incorrect statements. PolitiFact for example, argued that Dr Yeadon claimed:

The coronavirus pandemic is “effectively over” in the United Kingdom and “there is absolutely no need for vaccines.”

PolitiFact: Former Pfizer employee wrong that coronavirus pandemic is ‘effectively over’ in UK

“The more likely situation is that the susceptible population is now sufficiently depleted (now 28%) and the immune population sufficiently large that there will not be another large, national scale outbreak of COVID-19. Limited, regional outbreaks will be self-limiting and the pandemic is effectively over. This matches current evidence, with COVID-19 deaths remaining a fraction of what they were in spring, despite numerous questionable practices, all designed to artificially increase the number of apparent COVID-19 deaths.”

This is entirely different than what Dr Yeadon had actually said. “Limited” means “If the Pandemic is limited, then regional outbreaks will be self-limiting and the pandemic will be effectively over”. How the media intentionally misrepresents doctors is rather unfathomable and shameful.

Dr. Michael Yeadon is an Allergy & Respiratory Therapeutic Area expert with 23 years in the pharmaceutical industry. He trained as a biochemist and pharmacologist, obtaining his PhD from the University of Surrey (UK) in 1988. He’s Pfizer’s former Vice President and Chief Scientist for Allergy and Respiratory. He’s also known for criticizing the work of other experts as well.

Both Dr. Michael Yeadon and Dr Hodkinson are supposedly filing lawsuits to defend their statements:

Dr. Roger Hodkinson, a top pathologists & expert in virology, the COVID-19 pandemic is the greatest hoax ever perpetrated, immediately, & mask wearing is useless He & Dr Michael Yeadon, former vp for Pfizer, along w a group of German lawyers, are filing class action lawsuits!

I’ve searched for information about the lawsuits but I haven’t been able to find any information. Either they’re highly private or they’re being ignored intentionally, or perhaps I just haven’t been lucky enough to come across the information.

The mainstream media loves to twist language. And they do it in lockstep with politicians interests. Anytime a professional, such as a doctor, uses the term “hoax” in relation to the injustice and abuse being performed by politicians and the mainstream media, they respond my misrepresenting the statements that were made.

Calling the hysteria a hoax is not the same as calling the virus a hoax.

Yet, this is the game they play. They’ve played it numerous times. They’re shutting down businesses, raising the suicide rate, causing mental instability through-out the world, and ruining people’s lives. And this is all happening, simply for a virus that has a relatively high survival rate compared to many other viruses.

In truth, the hysteria is a hoax. The mainstream media and the politician opportunists have destroyed their own reputations. They claim that we must trust their “science”, but they ignore and discredit the scientists that speak against their narrative. This is not science…this is political science.

Dozens of doctors worldwide have come forward about the legitimacy of the virus. I first covered the story when Dr. Daniel W. Erickson and Dr. Artin Massih of California came forward about the virus. These two doctors were treated the same as Doctor Roger Hodkinson. The media instantly started misrepresenting the news and trying to discredit them.

As I saw more censorship and abuses from the media, I started writing about the issue. Now, dozens, perhaps even hundreds or thousands of doctors worldwide, have been speaking out about the virus. I created a list of controversial Covid doctors. I also covered the doctors on Capitol Hill that came forward about the virus. The mainstream media did everything they could to discredit them.

Unfortunately, doctors and medical staff worldwide are under attack if they speak out and share their story. Not only do they suffer the burden of being exposed to the virus daily, but they’re being attacked and discredited when they speak out.

The mainstream news and political opportunists should be ashamed of themselves.

Sad times we live in.