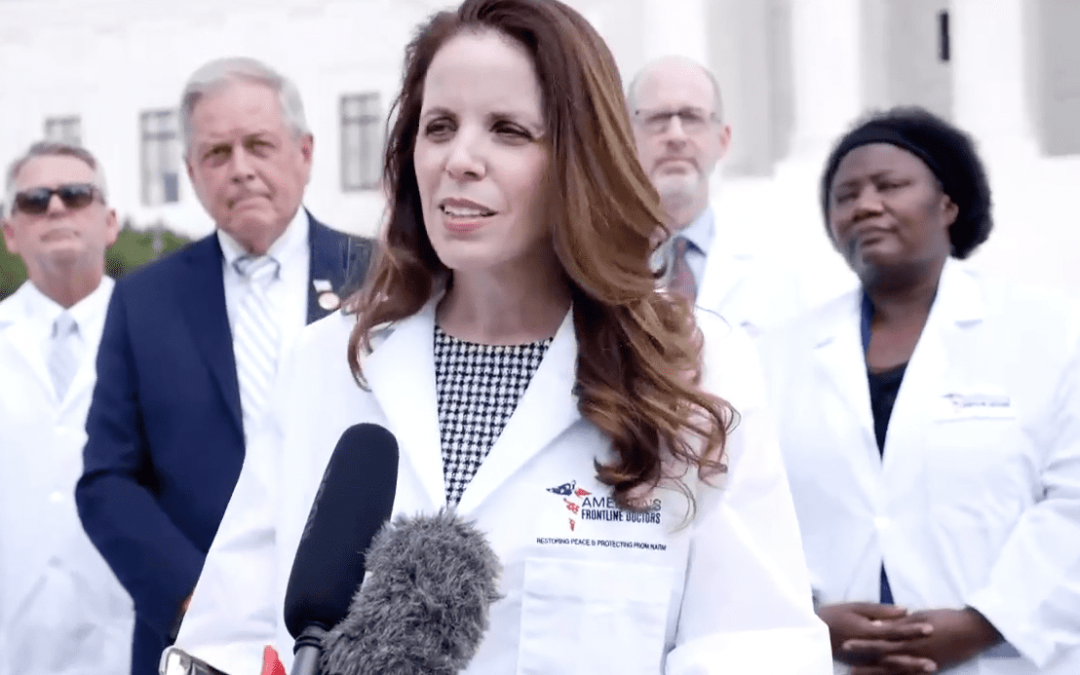 Doctors from around the United States continue to speak out against the unnecessary fear being generated by the mainstream news media. On Capitol Hill, American doctors held a 45 minute press conference and discussed how fear of Coronavirus is a significantly larger problem than Covid-19 itself.

The video, shown below, is eye opening:

The video above received more than 17 million views within the first 8 hours after it was published on Facebook. However, Facebook took down the video and continues to take down the video as people publish it all over Facebook.

Twitter has promised to remove the video as well, although it’s unclear why. Dozens of accounts on Twitter have reported that the Capital Hill Press Conference video has been removed from their accounts without notification.

Yep my two were just deleted. They really don’t want the truth out there, do they.

This behavior from social media companies has continued for the last few months. In April, earlier this year, this also happened with the video of Dr. Daniel W. Erickson and Dr. Artin Massih, the two California doctors that provide their professional opinion that the Coronavirus is not as bad as officials are stating. Similarly, the Plandemic video with Dr Judy Mikovits was also widely censored on social media.

Shortly after Coronavirus hit the United States, China was appointed a seat at the United Nations Humans Rights Council Panel. Additionally, Bill Gates whom was previously involved in Microsoft when it was busted sharing user data with the PRISM Program, donates heavily to the WHO, has a fascination with developing a vaccine and the FDA suspended his USA testing facility.

There are many noteworthy moments found in the video. Here are few highlights.

To be clear, all of the medical doctors mentioned above are licensed to practice medicine in the United States.

In summary, there’s a growing army of doctors around the United States that are seriously challenging the “official” information regarding Coronavirus. Every time one of these doctors speak out they are quickly censored.

According to the doctors mentioned above, the coronavirus isn’t as big of a threat as the World Health Organization claims, we already have a cure (hydroxychloroquine) and fear is only further compromising our mental and physical health.

In order to track the increased banning practices regarding Covid 19, I started building a list (below) of doctors and health professionals that have been censored.

The growing list of censored doctors is concerning. Before, it was average citizens that were mocked for questioning the virus. Now it’s experienced physicians and virologists that are being mocked and censored. The mainstream news media continuously criticized President Donald Trump for his suggestion to test the use of hydroxychloroquine. It turns out that President Trump was right. How many lives could have been saved?

The previous research studies that claimed that hydroxychloroquine is dangerous were discovered to be a complete fraud. The news media didn’t cover that fraudulent story until weeks after it took place, then they quietly snuck it into their publications. And that’s because the news media had divisively used that same sham research to make Trump look bad in their ongoing vendetta against Trump. Shameful.

We all remember the story of the couple that drank fish tank cleaner. The husband died. The wife survived and claimed that she “trusted Trump” even though Trump never suggested that anyone take hydroxychloroquine without a doctors recommendation. Well, later it was discovered that she had a history of domestically abusing her husband and she had also donated to Hillary Clinton’s political campaign. It’s highly suspicious that she “trusted Trump”. Secondly, why chug fish tank cleaner just because it has “chloroquine” on the label?

The video of the press conference with doctors on Capitol Hill only further demonstrate the trend that’s growing. Doctors are being censored because they speak against the narrative. But they’re being heard more than ever.

Fortunately, Americans are finally starting to wake up.