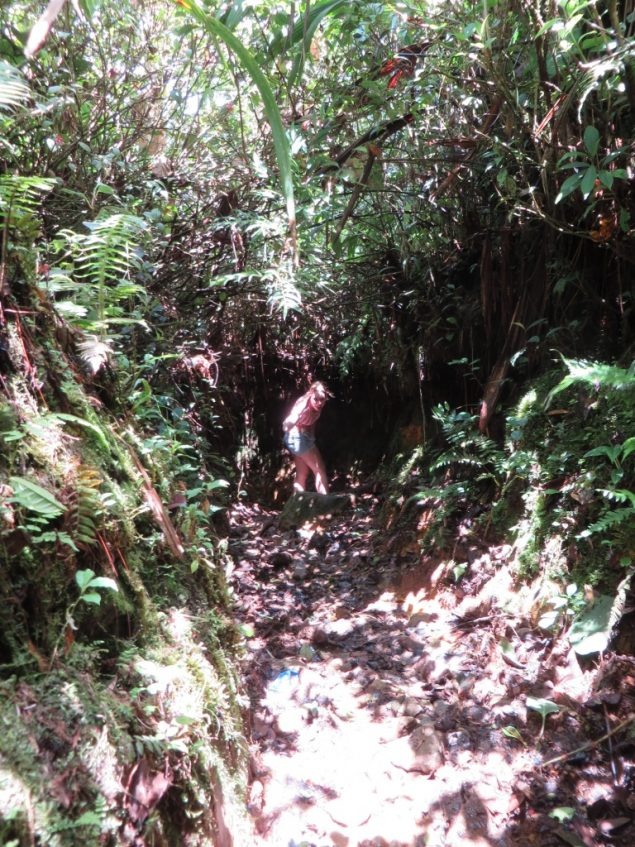 This photo of Kris Kremers is identified as Photo 505. It was taken on the Continental Divide on April 1st, 2014 with the recorded time: 13:20:32. Read Matt’s article about the daytime photos (link) for more detailed information.

The girls phone records later showed that they started making their initial distress calls on their cell phones approximately 2 hours and 45 minutes after their last known daytime photo (Photo 508). Therefore, if Kris Kremers is normal and happy, as she appears to be in this photo (and in the other photos in the series), it means that things took a bad turn for them relatively soon after the photo above was taken.

In this photo of what looks like a cave or overgrown ravine, there are numerous possible items that suggest this place had been visited by other people.

Articles & Our Trip To Panama

A table of photo data from their hike on El Pianista Trail:

Our team is planning to go to Panama later this year (2021) to collect information involving the case. We’ll be mapping the trails with a GPS device, searching for the location of the night photos and capturing aerial footage of the rivers in the region. We’re trying to raise $5,000 for gear, security, transportation and food. Please support us – we can’t do it without you.

Article about our trip plans: Research Team Update – Support Us

Please remember to be considerate of the two girls that lost their lives and their families. Use soft language and leave out gory visuals in what you write. Everyone is already aware that there are many unfortunate possibilities of what could have happened to Kris and Lisanne. Any comments that are disrespectful or inconsiderate to the families of Kris and Lisanne will be removed by a moderator. Thank you for your consideration.